1) The Eagles are a quintessential American rock band. Their talent and versatility allowed them to excel at both ballads and rockers. And The Eagles’ vocal harmonies are some of the best in the business. Five number-one singles, six Grammy Awards, five American Music Awards, and six number-one albums demonstrate their popularity as one of the best-selling bands of the 1970s. The Eagles were founded in Los Angeles, California in 1971 by Glenn Frey (guitars, vocals), Don Henley (drums, vocals), Bernie Leadon (guitars, vocals), and Randy Meisner (bass guitar, vocals). Leadon left the group in ’75, Meisner in ’77, and Frey passed away in 2016. However, The Eagles have managed to fly on. Timothy B. Schmit has been the band’s longtime bass guitar player and shined singing lead vocals on the hit “I Can’t Tell You Why.” Another longtime member is Joe Walsh, whose guitar playing prowess powered many of the songs on The Eagles’ blockbuster album Hotel California and subsequent ones as well. Vince Gill has joined as a touring musician. He has had a successful solo career and was once a member of Pure Prairie League. Also joining the band on tour is Deacon Frey (Glenn’s son) and Will Henley (Don’s son). Sounds like it will be a great, albeit different, Eagles experience. Some of the Eagles’ most popular songs include “One of These Nights,” “Hotel California,” “Lyin’ Eyes,” “Take It Easy,” “The Last Resort,” and “Life in the Fast Lane.” On this tour The Eagles will be playing all of songs from their Hotel California album plus a greatest hits set. 8 p.m. PPG Paints Arena, 1001 Fifth Ave., Uptown. (R.H.) 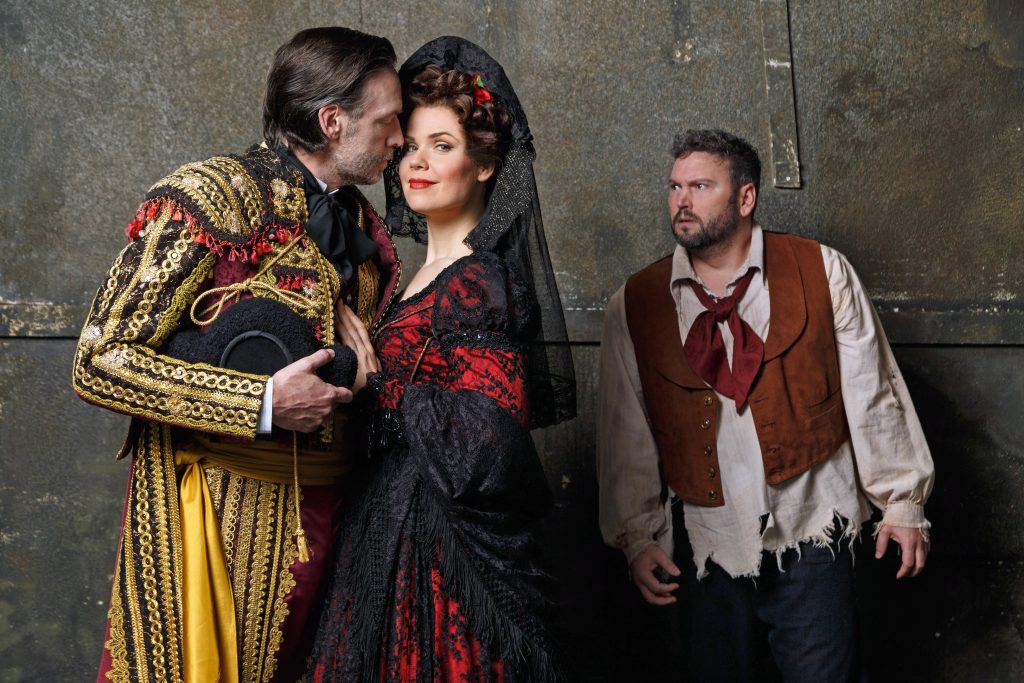 2) One of the most famous title characters in opera almost didn’t make it to the stage. Carmen, the antiheroine of Georges Bizet’s 1875 masterpiece, is a knife-wielding factory girl determined to live and love freely. Her drive carries her into territory that is amoral, illegal, and destructive. In Paris opera circles during the 1870s, this constituted a problem. Theater managers fought bitterly over whether a high-art venue should present such a low-life tale. Bizet and his librettists, Henri Meilhac and Ludovic Halévy, were pressed repeatedly to water down the hot stuff in the script. A prominent diva refused the title role. And after Carmen finally opened—to critical scorn and audience indifference—Bizet died suddenly, at the age of 36. He never knew that Parisians would change their opinion of his final opera, or that it would score a spectacular success in Vienna and then become a cherished part of the repertoire worldwide. Pittsburgh Opera presents Carmen with the Latvian mezzo-soprano Zanda Švēde as Carmen, tenor Scott Quinn as the lovesick soldier Don José, and baritone Michael Todd Simpson as the dashing toreador Escamillo. 8 p.m. Benedum Center, 237 7th St., Cultural District. (M.V.)