1) Howie Day’s song “Collide” can be heard at the end of “My Boss’s Free Haircut,” the 20th episode of season four of NBC’s “Scrubs.” It’s the kind of cathartic ending that the show became known for: one character has an epiphany (Turk), another pulls a light-hearted prank (Dr. Kelso), J.D. narrates, all while a singer-songwriter provides the feels (Day singing “Even the best fall down sometimes”). The song appears on his sophomore album, 2003’s Stop All the World Now, and it made numerous other TV appearances, including more medical shows (“Grey’s Anatomy,” “ER”) and criminal dramas (“Cold Case,” “Bones”). Another popular song from that album is “She Says.” Day hails from Brewer, Maine. His latest album is 2015’s Lanterns; Aimee Mann sings backing vocals on some tracks. He will perform at Club Cafe. Brian Jarvis opens. 8 p.m. 56-58 S. 12th St., South Side. (CM) 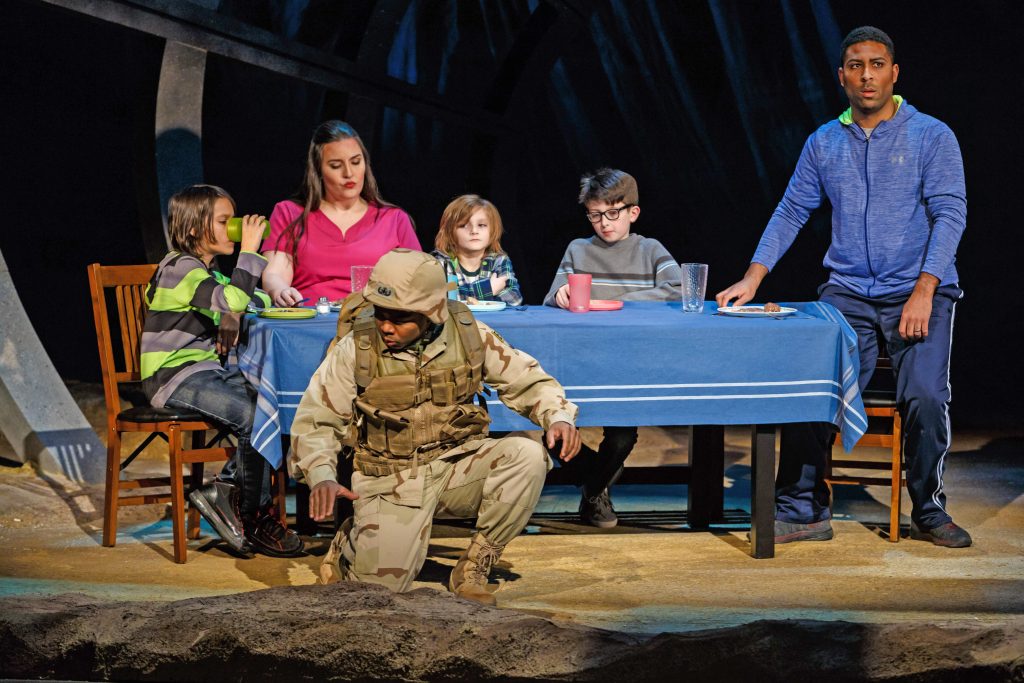 A soldier (Benjamin Taylor) tries to adjust to life back home after his duty is done in Pittsburgh Opera’s ‘The Long Walk.’ Photo: David Bachman Photography.

2) Along with classical operas, Pittsburgh Opera stages cutting-edge new works such as its first show of 2018, The Long Walk. American soldiers in the Middle East use that term for the walk that a bomb disposal specialist must take when approaching an IED to disarm it. But the phrase has a second meaning: the process of trying to readjust to life back home after a mind-bending tour of duty. This aspect is the opera’s focus, as it follows the struggles of a bomb squad officer newly returned from service in Iraq. The Long Walk Is grounded in fact. It was adapted from a memoir of the same title by U.S. military veteran Brian Castner, who witnessed the terrors of modern war as commander of a counter-IED unit, and then wrestled with the inner demons of war’s aftermath. Composer Jeremy Howard Beck and librettist Stephanie Fleischman premiered The Long Walk at Opera Saratoga in New York in 2015. Pittsburgh Opera has baritone Benjamin Taylor and mezzo-soprano Leah de Gruyl in the lead roles. 8 p.m. Performances through January 28. CAPA Theater, 111 9th St., Cultural District. (MV)

4) Bill Toms and Hard Rain with the Soulville Horns are in full swing and will be rockn’ out Moondog’s in Blawnox tonight. Toms’s slightly raspy, deeply soulful voice and his guitar playing prowess combine with the drums, horns, and rest of the band to create a hot rock sound. Tonight’s show is the Bill Toms/Steve Binsberger Birthday Bash. Dan Bubien and the Delta Struts open. Toms’ next gig will be at the Kollar Club on February 10. 8:30 p.m. 378 Freeport Rd. (RH)