1) San Francisco rockers The Tubes hit the charts (and MTV) in the 1980’s with the mega-hit songs “She’s a Beauty” and “Talk to Ya Later.“ However, before those big hits they had a smaller, but influential hit with “White Punks on Dope” in 1975. Several other performers covered the song including Mötley Crüe. It’s been even called an “absurd anthem of wretched excess” and in concerts lead singer Fee Waybill who was known for frequent costume changes, played the character of Quay Lewd (Quaalude) a drugged out British rock star and wore two-foot high platform shoes and a long blonde wig. You can see them at Jergel’s Rhythm Grille in Warrendale. 8 p.m. 285 Northgate Dr.

2) Progressive rock jam band Umphrey’s McGee, from the Fighting Irish town of South Bend, Indiana, will be in concert at Stage AE. Influenced by the likes of the Grateful Dead, Yes, King Crimson, and Pink Floyd, the group’s unique sound can be heard in the songs “Wizard Burial Ground” and “Mulche’s Odyssey.” In 2018, the band members released their 11th album, It’s Not Us, to mark their 20th anniversary. The band continued the anniversary celebration with an EP, It’s Not Them, and then a 12th album, It’s You, all released in 2018. Umphrey’s McGee, who performed at the first Bonnaroo Music Festival, are known for their live shows: all solos and bright lights. They performed in March 2019 at Stage AE and return early in the new year on their appropriately titled Hindsight 20/20 Tour. The New Deal opens. Doors open 6 p.m. 400 North Shore Dr., North Shore. (RH, CM)

3) Between the weather, New Year’s Resolutions (at least through the first week), and the holiday hangover of bills, January can be a cruel month. So get out and get some good yucks for not a lot of bucks ($10) with the Mares & Kaps Comedy Show at Carnegie Stage. The Mare is Marianne Bayard, by day, the mild-mannered marketing director for off the WALL productions, and on other days and times she is an actor, writer, producer, and comedian who is also a member of the Screen Actors Guild. 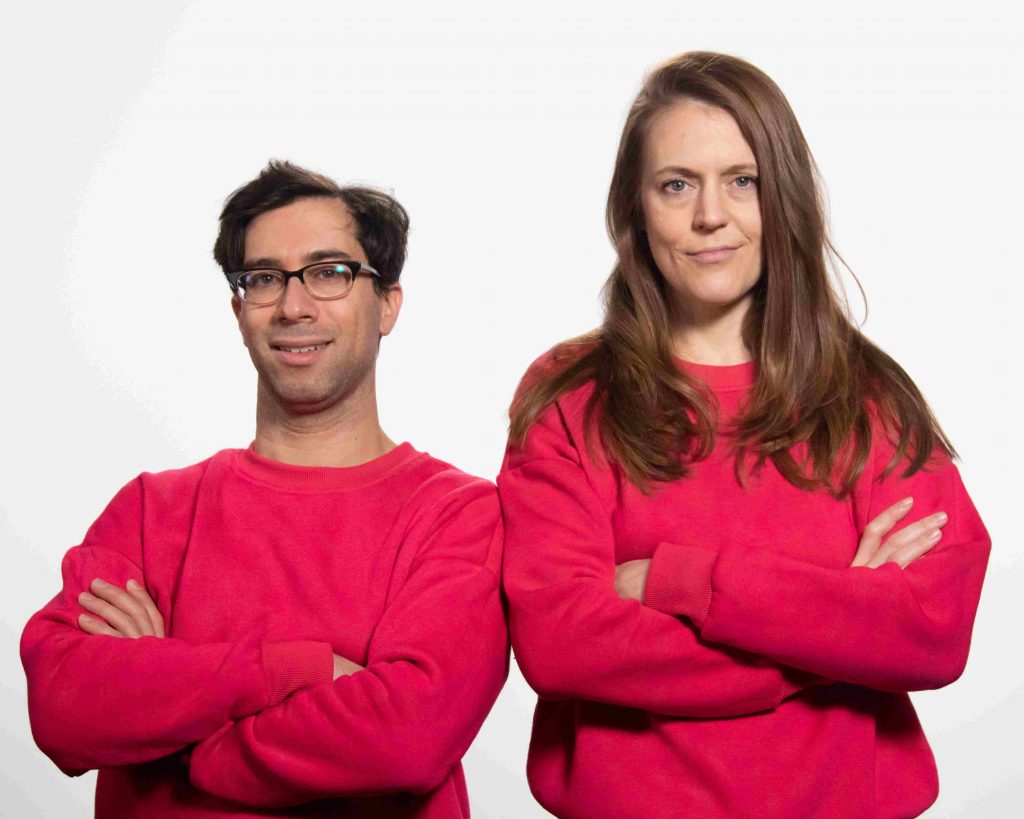 Jonathan Kaplan and Marianne Bayard are trying to be serious for this publicity shot for their comedy team of Mares & Kaps, but you know they are ready to bust out laughing at any moment.

The Kap is Jonathan Kaplan, based in Lindenhurst, New Jersey, is a stand-up comedian who created instagram web series and podcasts. Together as Mares & Kaps they have produced the successful Amazon Prime web series “Killing It!” In the series Mares and her best friend Kaps contemplate motherhood, why Mares isn’t famous yet, death, day jobs and facial disorders. Now the dynamic comedy duo have written a nine episode story, “Mares & Kaps,” following the same characters from “Killing it!” on an adventure of a lifetime to Glitzburgh (the fictional indie film capital of the world). They have shot the pilot episode which will make its premiere during part of the comedy show. The duo will also be performing other top solo and joint comedy sketches. 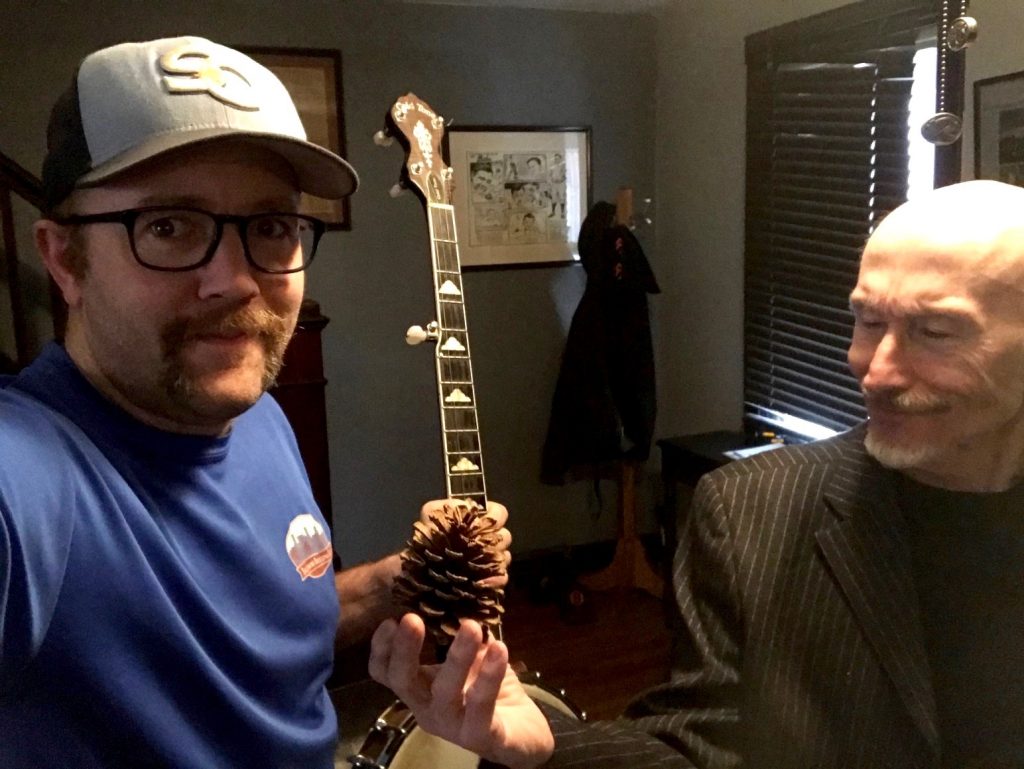 While Mike Vargo ponders the meaning of a pine cone, John W. Miller snaps a usie (a multi-person selfie) while also showcasing his banjo, when they are supposed to be rehearsing their ‘Gun Talk’ performance piece.

4) Gallery Crawl in the Cultural District is happening tonight; it features visual arts, musical performances, and interactive exhibits. All events are free and take place at a variety of galleries, art spaces, and venues. Some galleries offer drinks and hors d’oeuvres. What a fun way to sample some of Pittsburgh’s great arts and entertainment! 5:30 – 10 p.m., Cultural District.