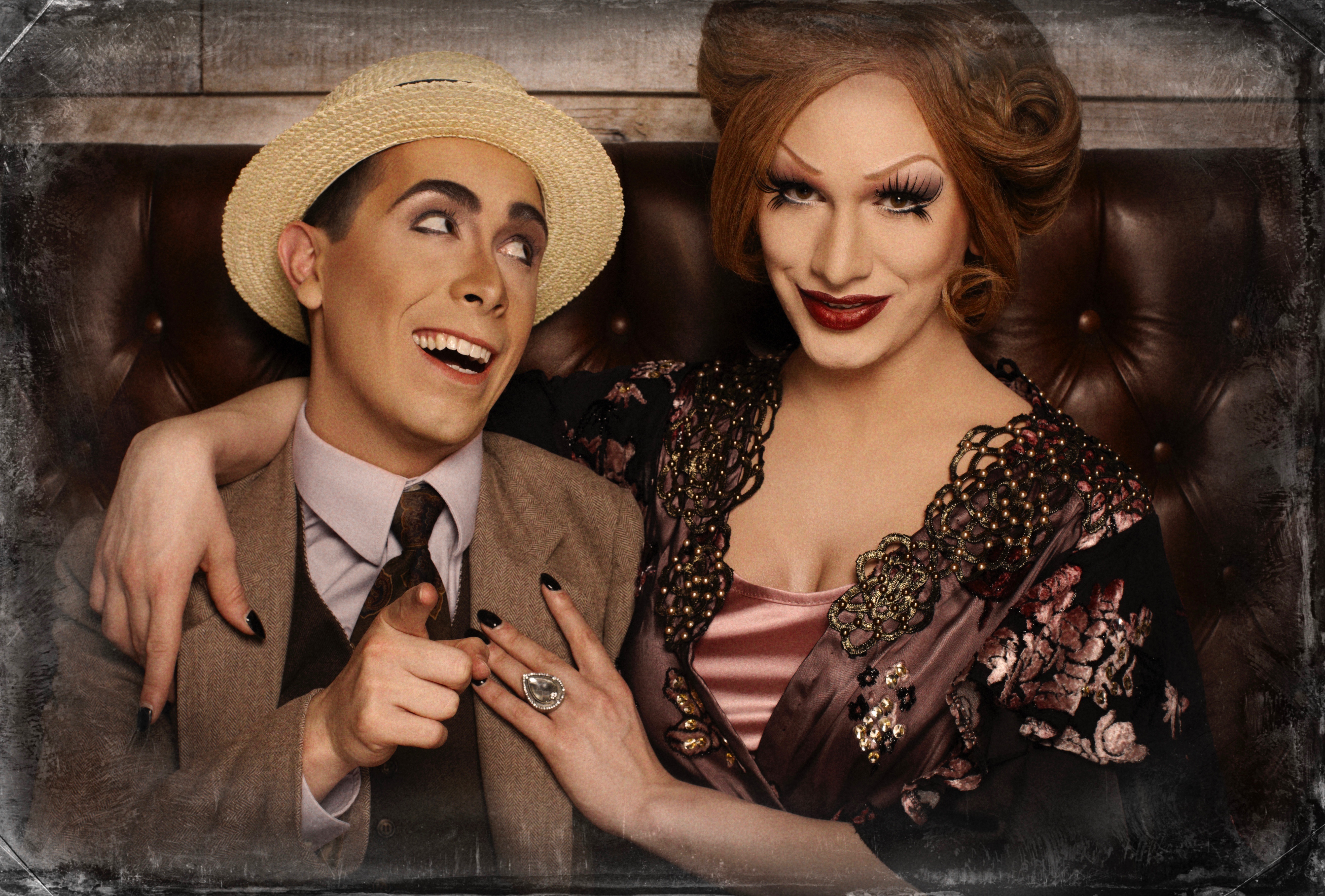 The edges are faded because it’s an old, old photo of ‘The Vaudevillians,’ before they were flash-frozen and reheated. Major Scales (L) and Jinkx Monsoon play the red-hot pair. (photo: Magnus Hastings)

1) Who is Jinkx Monsoon, you ask? Why, what a drag you aren’t! Jinkx was the Season 5 winner of “RuPaul’s Drag Race.” Monsoon was a member of the world’s longest drag chorus line, as certified by Guinness World Records. And now Jinkx Monsoon, one and the same person, is the creator and co-star, along with Major Scales, of The Vaudevillians. This live stage show descends on Pittsburgh for an exclusive run hosted by Pittsburgh Public Theater. The plot: Kitty Witless (Monsoon) and her husband Dr. Dan Von Dandy were old-time vaudeville stars accidentally frozen in ice while touring Antarctica. Liberated in modern times by global warming, they find that their songs have been stolen and misinterpreted by so-called pop artists. Therefore they return to the circuit to demonstrate the true meanings and correct renditions of chart-topping tunes you thought you knew but didn’t. In the O’Reilly Theater. 8 p.m. Performances run through Saturday.  621 Penn Ave., Cultural District. (MV) 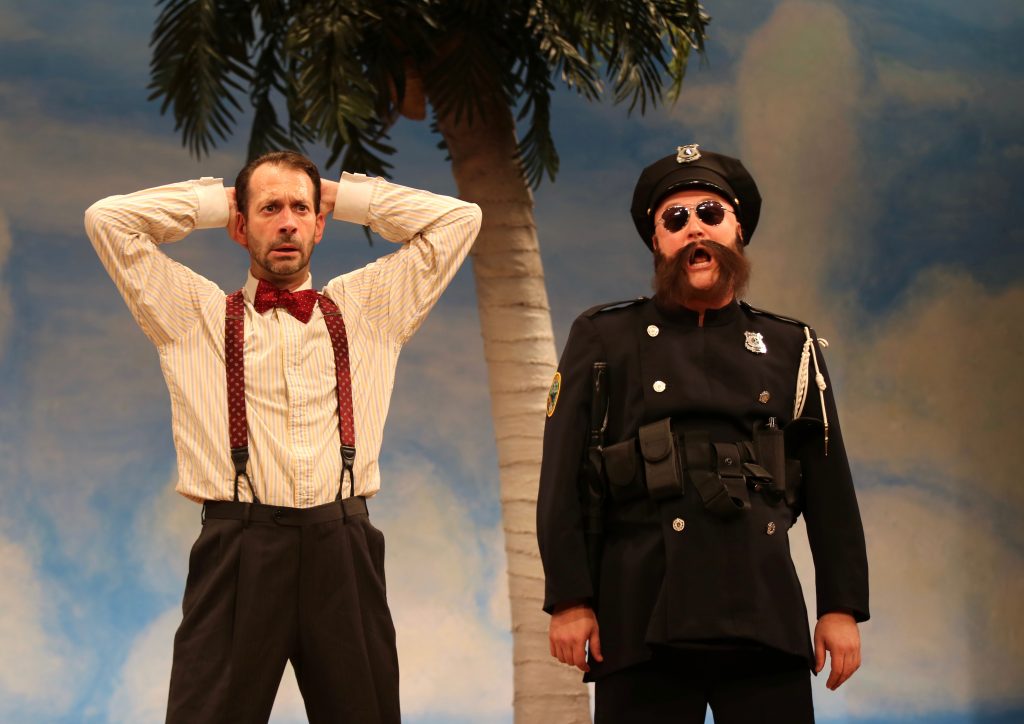 Messing with the Mafia is no way to do a day at the beach, but that’s what the bowtied bad boy is up to in ‘Scapino,’ a comedy that puts a new twist on an oldie by Molière. Playwright Jeffrey Binder (L) is in town to play the title role for Kinetic Theatre’s production, along with Phillip Taratula as Sylvester. (Photo courtesy of Gulfshore Playhouse)

2) Ranking comedy on a one-to-10 scale, where 10 = risk of injury from laughing, Kinetic Theatre hit the mark a couple of years ago with the David Ives play The Liar. Now the company is rumored to have another 10 in the works. Jeffrey Binder’s Scapino has some striking similarities to The Liar: Both are 17th-century French comedies redone by modern playwrights, and each has an eccentric trickster at the center of the action. Scapino is a remake of Molière’s The Deceits of Scapin, about a slippery fellow who isn’t entirely ethical or legal (“Justice and I had a falling out”), but who puts his wiles to work on behalf of two young couples in love against the wishes of powerful parents. The remake moves the action to modern-day Florida, where Scapino is a disbarred lawyer and the dads in question are Mafia dons. Kinetic’s production has a cast including Ethan Saks (star of The Liar) as one of the young lovers, Sarah Silk as his paramour, and playwright Binder himself, in town for the occasion to play Scapino. In the Henry Heymann Theatre at the Stephen Foster Memorial. 8 p.m. Continues through July 28. 4301 Forbes Ave., Oakland. (MV)

3) For this summer of discontent in a polarized America, The Summer Company performs a musical that has generated polarized opinions. Green Day’s American Idiot is based on the concept album of the same title. Some theater critics have called it an incisive, hard-rocking commentary on the superficiality and meaninglessness of modern life. Others find the show rather superficial and meaningless itself. A viewer on YouTube commented that the title song is “The true anthem of the United States.” In the Genesius Theater on the Duquesne University campus. 8 p.m. Runs through July 28. 1225 Seitz St., Uptown. (MV)