1) San Francisco pop-rockers Train are led by the smooth-voiced Pat Monahan on vocals.. “Drops of Jupiter (Tell Me),” “Hey, Soul Sister,” and “Meet Virginia” are several of the band’s top songs. They are touring in support of their latest album release, AM Gold, which dropped on May 20. This is the group’s first LP in five years.

Jewel, one of America’s finest singer/songwriters, has—like her family—has led an adventurous life. Her grandfather fled Switzerland to escape the Nazi movement, moved to the U.S. Territory of Alaska and like other homesteaders was granted 600 acres. Jewel was raised in the Alaska wilderness with no running water or heat (the family did have a coal stove to fight off the frigid Alaska weather), and would ride her horses under the midnight sun. Jewel started performing with her father as a musical duo at the tender young age of 8. She got a partial scholarship to Interlochen, a fine arts pre professional boarding school in Michigan, where she studied operatic voice and learned to play the guitar. She raised $11,000 for school by performing a show in a high school auditorium in her hometown of Homer, Alaska. Local businesses donated prizes to be auctioned off at the show. During spring break one year, she didn’t have anywhere to go, so she busked her way across the country by train with a guitar and a song. Then she hitchhiked to Cabo San Lucas with a large skinning knife for protection concealed in her belt. She wrote lyrics about things she saw while traveling, resulting in the song “Who Will Save Your Soul.” Jewel has maintained a semi-nomadic lifestyle (concert touring) over the years which brings her to Pittsburgh this month.

Jewel has been nominated for Grammys several times and has sold over 27 million albums. She was married to legendary bull rider Ty Murray, but is now divorced.  She played June Carter Cash in the ’12 Lifetime network movie Ring of Fire, and also has authored eight books. Her songs include “You Were Meant for Me” and “Standing Still. Her latest release is Freewheelin Woman, her 13th studio album. It dropped in April.

John Popper, who is known equally for his harmonic prowess and harmonic bandoliers, leads Blues Traveler. The band, which started its journey in Princeton, New Jersey in 1987, touches on blues, folk, psychedelic, and southern rock. The group’s top hits are “Run-Around” and “Hook,” both of which appear on 1994’s four, its fourth (and breakthrough) album. Founding member and bassist Bobby Sheehan died in 1999 of an accidental overdose, but the rest of the band continued to honor their friend and bandmate. Popper and company continue to release music. Blues Traveler’s latest album is 2021’s Traveler’s Blues. Train, Jewel, and Blues Travelers are on the same bill at The Pavilion at Star Lake. Will Anderson opens. 6:30 p.m. 665 Rt. 18, Burgettstown. (C.M., R.H.)

NOT MY REVOLUTION by Elizabeth Huffman. Off the WALL Productions. June 17 – 26. 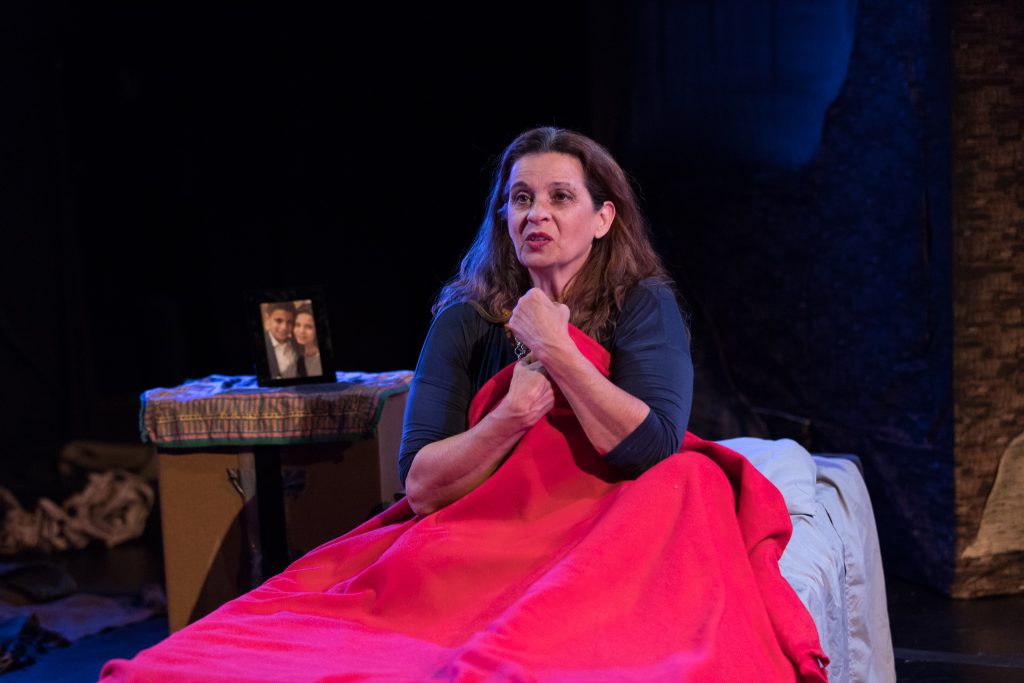 Elizabeth Huffman performs her solo production of ‘Not My Revolution’ at off the Wall Productions. (Photo: The artist and off the WALL Productions)

2) Director/playwright/actor Elizabeth Huffman is starring in a solo show at off the WALL Productions that she also wrote. Not My Revolution is a production inspired by Josef Bush’s 1967 play French Gray. It’s a dreamlike play performed through film, movement and live theater. Not My Revolution tells the tale of two women whose lives have been turned upside-down by civil war. The play goes back and forth between Marie Antoinette’s imprisonment during the French Revolution in 1793 and an Istanbul ghetto in 2011 where a down on her luck Syrian art dealer is trying to overcome numerous obstacles that have arisen due to the civil war in her country. This is off the WALL’s last production of the spring season and is directed by Louanne Moldovan. 8 p.m. Carnegie Stage, 25 w. Main St., Carnegie. (R.H.)

3) Rodgers and Hammerstein’s second musical, Carousel, is thought by many to be one of the best musicals of all time. A carnival barker is trying to provide for his girlfriend and unborn child and does something terribly wrong. He is given a chance to make things right. 1 Lincoln Park, Midland. (R.H.)