1) Bleachers will perform at Stage AE. The band is the project of Jack Antonoff, who has quite the resume for someone still a few years shy of 40. He is a member and multi-instrumentalist in the rock group fun., who are arguably best known for the song “We Are Young.” Fun. has been on hiatus since 2015, and since then, Bleachers have released two albums, the most recent of which is 2021’s Take the Sadness Out of Saturday Night. The single “Chinatown” features an up-and-coming musician from New Jersey—Bruce Springsteen. Antonoff is also a noted producer, and his credits include production on albums by Lorde, Taylor Swift, and numerous others. He produced the soundtrack to the 2018 movie Love, Simon. The soundtrack features four Bleachers tracks as well. Claud opens. Doors open 7 p.m. 400 North Shore Dr., North Shore. (C.M.)

Tubing on the Clarion River 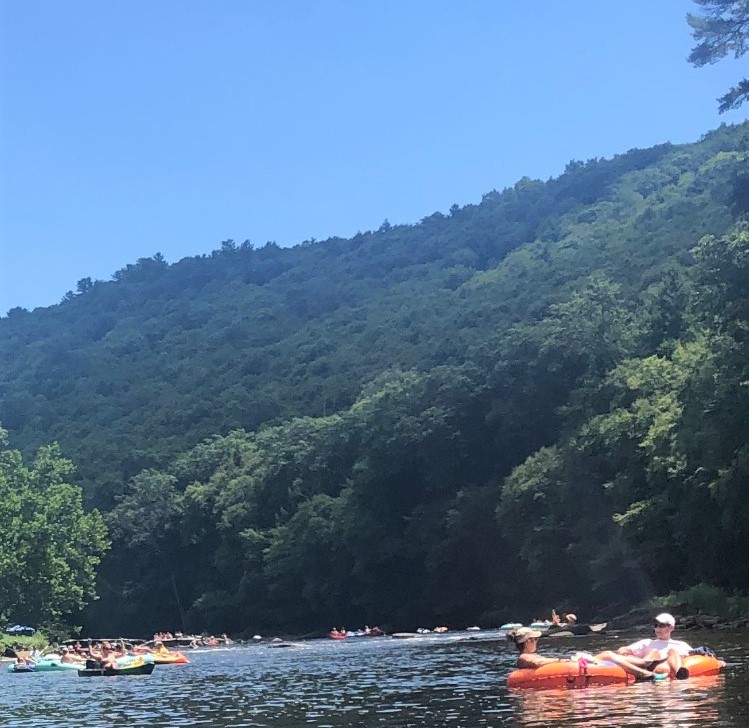 Tubing on the beautiful Clarion River is a fun way to spend a hot summer day. (photo: Rachel Francioni)

2) Pale Whale Canoe Fleet rents tubes for a leisurely trip down the pristine Clarion River through Cook Forest State Park. Patrons schedule a tubing time when they arrive, as the fleet does not take reservations. At their time, a van drives the customers up the river with the flotation tubes; the river slowly returns the floaters downriver to the Pale Whale location. Along the way, look for crayfish in the water or deer on the shore, or simply absorb the sunshine. Different trip times are available, and patrons should visit Pale Whale’s Facebook page for information regarding daily operating status. (Tip: arrive early before all the tubes vanish, especially on weekends and holidays.) Besides single and double tubes, Pale Whale also offers canoe, kayak, and river raft trips. Patrons can bring their own equipment too. The nearby Cooksburg Cafe serves beverages and food, including Hershey’s Ice Cream, and the Cooksburg Dry Goods Gift Shoppe is a quaint final stop before the drive home. 115 Riverside Dr., Cooksburg, PA. (C.M.)