1) Tennessee-born Valerie June got a good musical break when she appeared as a featured artist on MTV’s online series “$5 Cover,” which followed the lives of Memphis musicians and their struggle to survive while chasing their musical dreams. The following year she recorded the EP, Valerie June and the Tennessee Express, a collaboration with Old Crow Medicine Show. Her sound is influenced by folk, blues, Appalachian, gospel, soul, country, and bluegrass. The singer-songwriter, multi-instrumentalist has gone on to record five albums, the latest being 2021’s The Moon and Stars: Prescriptions for Dreamers. Buffalo Nichols opens. 8 p.m. Carnegie of Homestead Music Hall, 510 E. 10th Ave., Munhall.

2) Few ballets match the enduring appeal of Swan Lake, and its mystique may be unmatched. When the dancers fluidly emulate swans in flight, the effect is magical. Tchaikovsky’s beautiful score merges seamlessly with the dance. Swan Lake has the status of a national treasure in Russia, and the story it tells is steeped in myth and mystery. A sorcerer has cast a spell on a lovely maiden. Each morning she becomes a swan, returning to human form only when night falls, and only true love can break the spell—but where did the story come from? It does not appear to be a folk tale, or one from any country’s literature. Perhaps the ballet’s librettist was inspired by multiple sources—yet both the original libretto and the writer’s identity are lost to history. Swan Lake premiered in Moscow in 1877, then was remounted in its present form (with new choreography by the masters Marius Petipa and Lev Ivanov) in 1895. Pittsburgh Ballet Theatre presents Swan Lake at the Benedum Center with new choreography by PBT Artistic Director, Susan Jaffe. She danced for American Ballet Theatre and first performed the role of Odette-Odile at the age of 19. Jaffe danced that role for every year of her 22-year career. 7:30 p.m. 237 7th St., Cultural District. (M.V., R.H.) 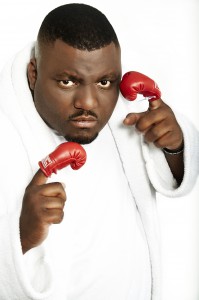 3) New York native Aries Spears didn’t rest on his laurels when he left FOX’s “MADtv” in 2005, though the show had been his bread and butter since 1997. He hit the ground running with a “Comedy Central Presents” special that year and did a short stint on Showtime with Damon Wayans on the short-lived “The Underground.” He has also made guest appearances on everything from “CSI: Miami” to “The Boondocks.” But the real magic happens when this natural-born comedian returns to his roots, stand-up comedy, and hits the road with his hilarious Shaq impression. Spears also has an ongoing podcast, “Hello Patreon” with Andy Steinberg. He’s back on tour and you’ll get the chance to see him tonight at 7:30 and 9:45 p.m. at Pittsburgh Improv, with additional shows tomorrow. 166 E. Bridge St., The Waterfront, Homestead.