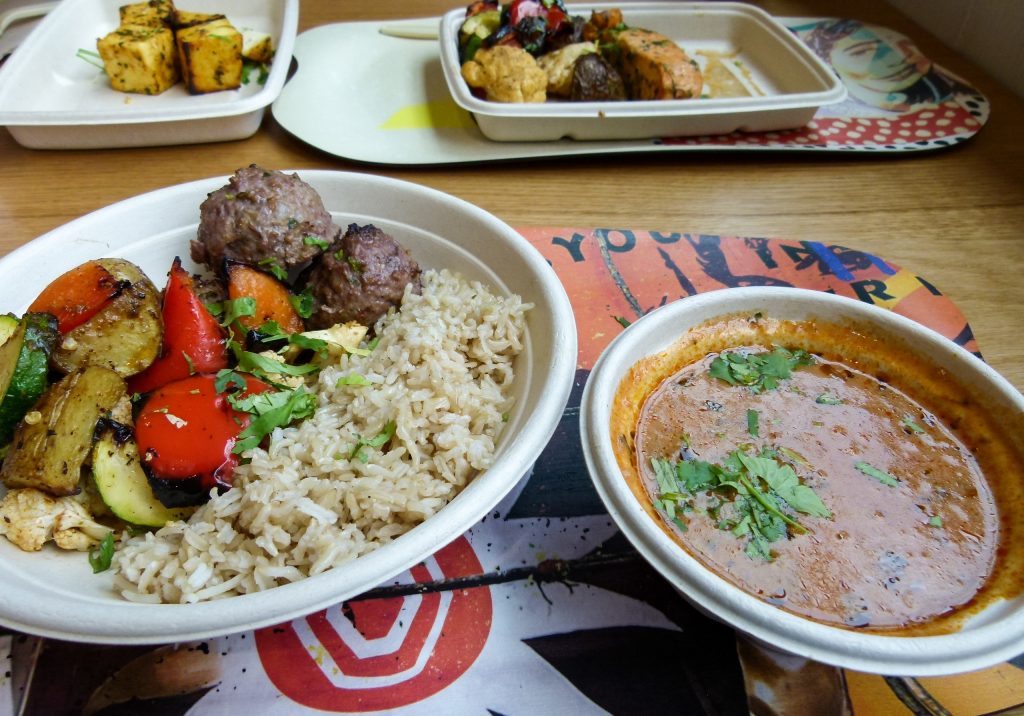 The Perfect Balance Bowl with lamb meatballs , rice and roasted veggies with the tikka masala sauce on the side. There were three lamb meatballs, but one was eaten prior to the photo being taken.

East Liberty for the past decade has become a hotspot for new restaurants. Over the last few years the neighborhood has also seen the opening of a few quick-serve restaurants with healthier offerings. Choolaah (derived from the term “sanja chulha”, a community oven in Indian) is one of those newer options. The restaurant features bowls, wraps, and Indian specialties.

I visited Choolaah for the first time several months ago with my sister Melinda. We perused our dining options on their big screen, electronic menu board and excitedly placed our order with the counter person. We were given a wireless pager to notify us to pick up our order.

We then explored the place a little, watching the cooks work in the kitchen part of the store through a floor to ceiling glass partition. It was interesting to watch a cook make naan bread in one of the several big round tandoor clay ovens just on the other side of the partition. Other items, including some meats, are cooked inside the ovens which can reach 600 degrees. There’s also a condiment bar with choices that include mint yogurt, tamarind apple, spicy mango, Choolaah ranch dressing, tamarind ginger dressing, and Choolaah Fire hot sauce. 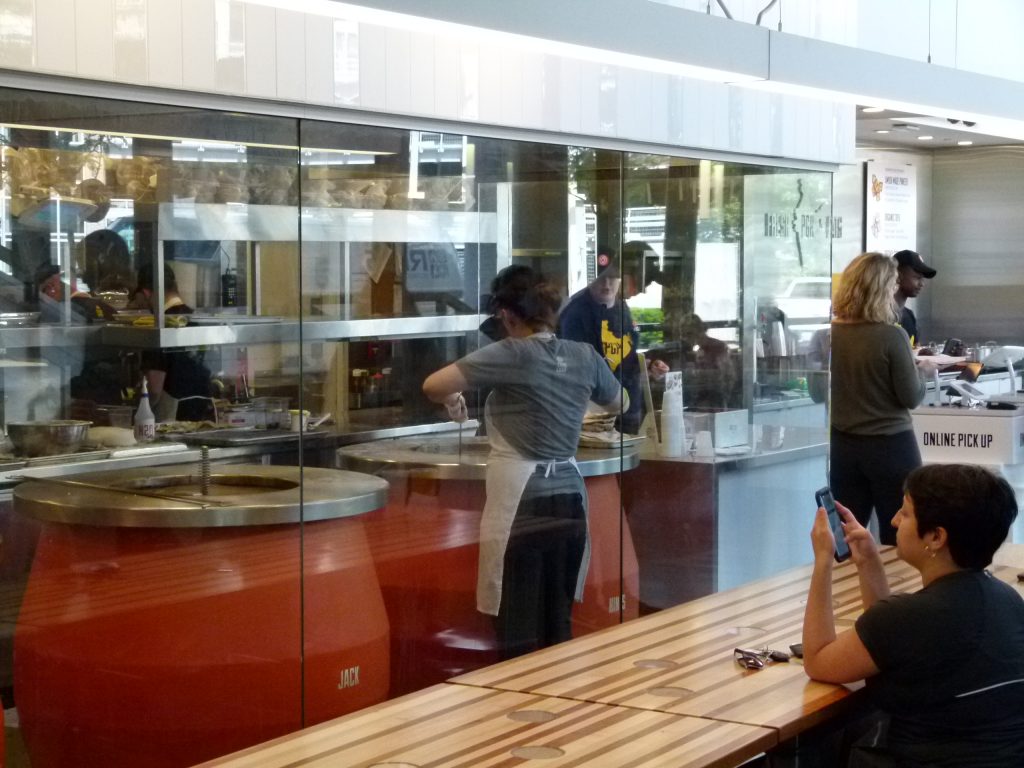 A worker tends to what’s being cooked in a tandoor oven.

After about ten minutes our pager buzzed and I went to get our food. When I saw a beautiful piece of grilled salmon on the tray, I did a double take. I was so busy looking around when we ordered that I didn’t realize they offer salmon as a protein and that Melinda had ordered it. When I got it back to the table she offered me a taste of it. The filet had some nice charring on the outside and moist, delicate flaking on the inside. It was delicious. She had ordered the salmon as the protein for her bowl. 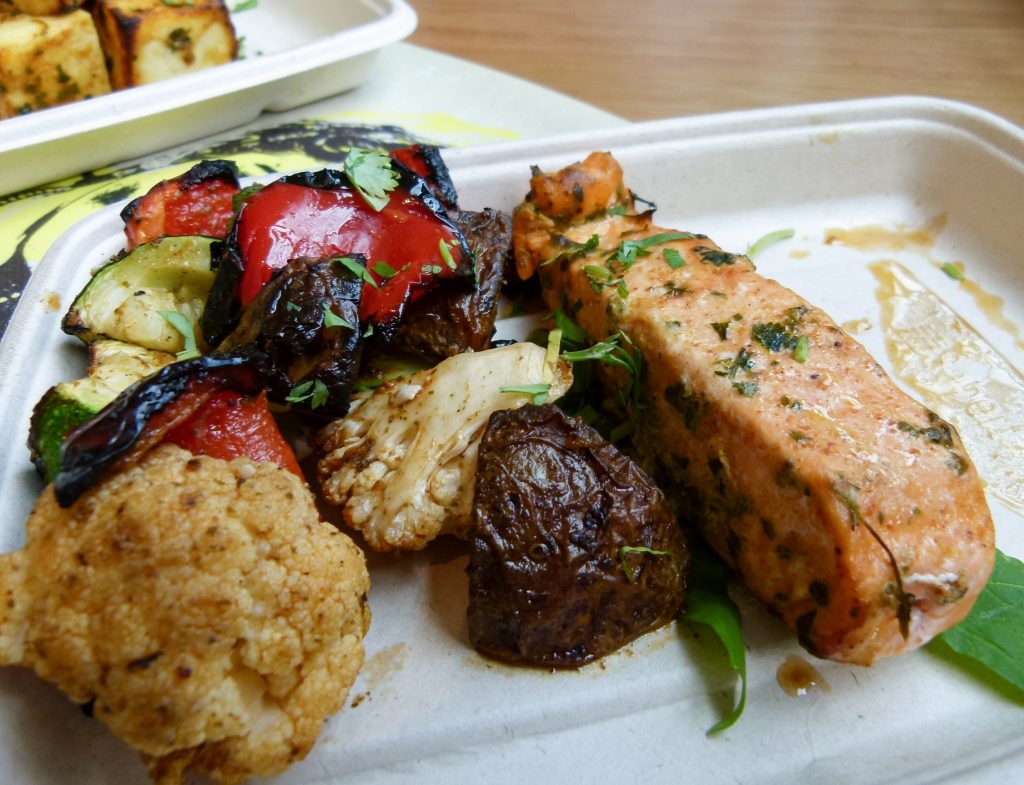 Grilled salmon Pro Bowl with its double order of marinated and roasted veggies.

We also shared an order of paneer cheese and nann bread. The paneer was grilled or roasted a little bit and was pretty mild, with not much flavor. However, that is its nature, it is traditionally an unaged cheese. Similar in taste, maybe to tofu (which they also offer), but with a little more flavor. It was just perfect to try a few of Choolaah’s condiments on.

For my main I chose a Perfect Balance bowl with lamb meatballs, rice, roasted vegetables, and tikka masala sauce. The three medium-size meatballs were juicy and contained Middle Eastern spices and even had a little touch of a hot spice in them. The lamb used for the meatballs is a high quality halal lamb. The tikka masala is Choolaah’s signature sauce and was a creamy tomato and onion sauce with distinctive herbs and spices. It was a little sweet with a little heat in it as well. Overall it was a savory combination. The naan bread was first rate. It’s wonderful to eat freshly baked bread. 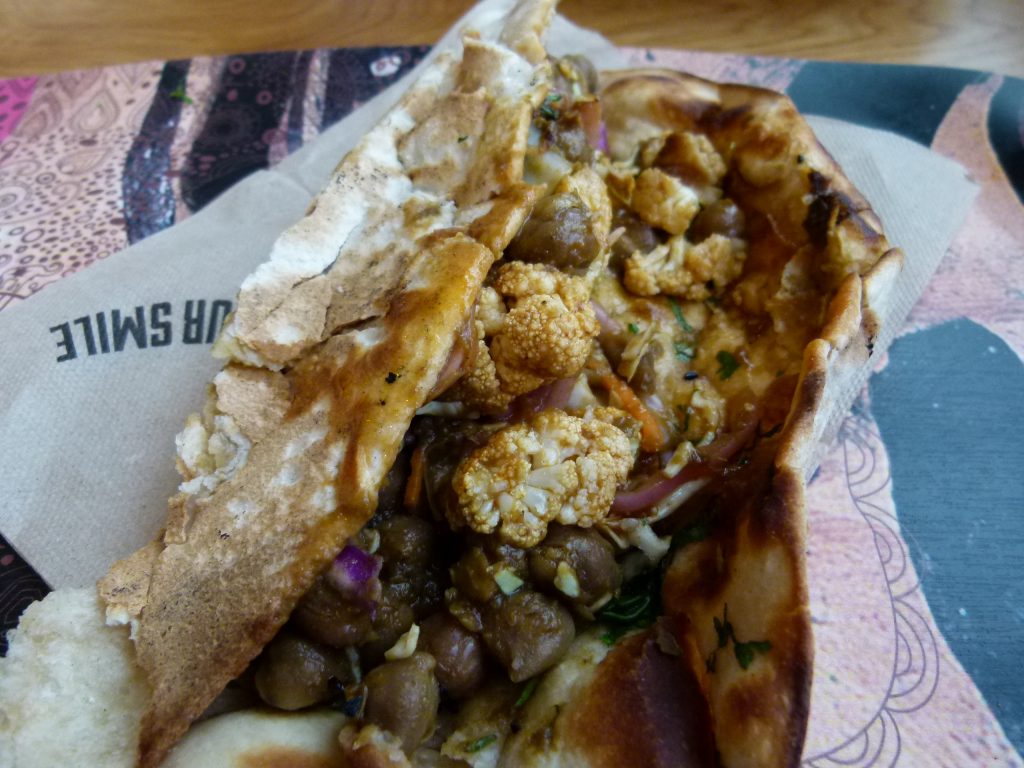 The cauliflower wrap opened up a little bit to see all the veggies inside.

On another visit I tried the cauliflower and chickpea wrap which featured medium cut pieces of cauliflower that had been roasted. Also in the mix was chickpea masala, pickled onions, and cabbage. All the ingredients were placed inside a piece of nann bread with both sides folded over the center and  grilled like a panini. The cauliflower and chickpea wrap achieved the twin goals of being healthy and flavorful. On this visit one of the chefs happened to be at the front counter and I complimented him on the chickpea masala. He thanked me and said that it is slow cooked with spices and takes hours to make. Other very healthy options at Choolaah include veggie croquettes, tofu, and roasted veggies, all of which can be served in bowls, wraps, or salads. 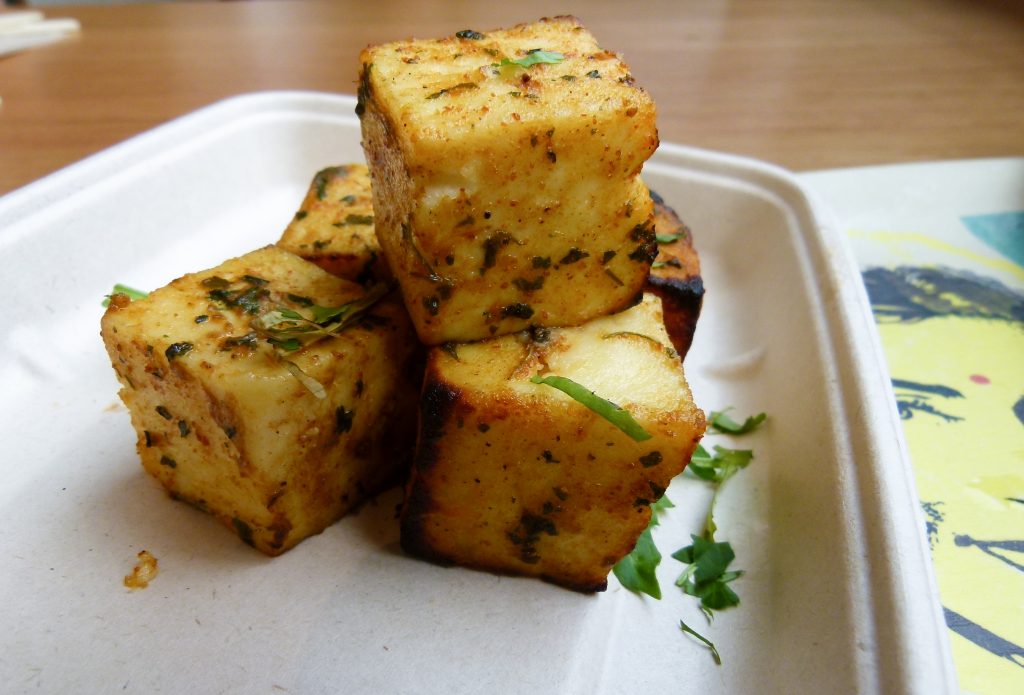 There are four choices for bowls, including the Choolaah Salad. The Perfect Balance Bowl has a protein, half order of rice, sauce, and roasted vegetables, while the Choolaah Bowl contains protein, a full order of rice, and sauce. Consisting of a protein choice, a double order of veggies, sauce, and no rice, the Pro Bowl, as the menu states, is a Keto-friendly offering. Chicken is one of the proteins offered while beef and pork are not. Rice choices are either white or brown basmati. Tikka masala, chickpea masala, black lentil daal, and yellow lentil daal are the sauce choices. I tried the black lentil daal as a side and it was a creamy and savory delight. The Choolaah salad is composed of mixed greens, roasted cauliflower, pickled onions, cucumbers, raisins, tomatoes, chickpeas, shredded paneer, and crispy naan chips. 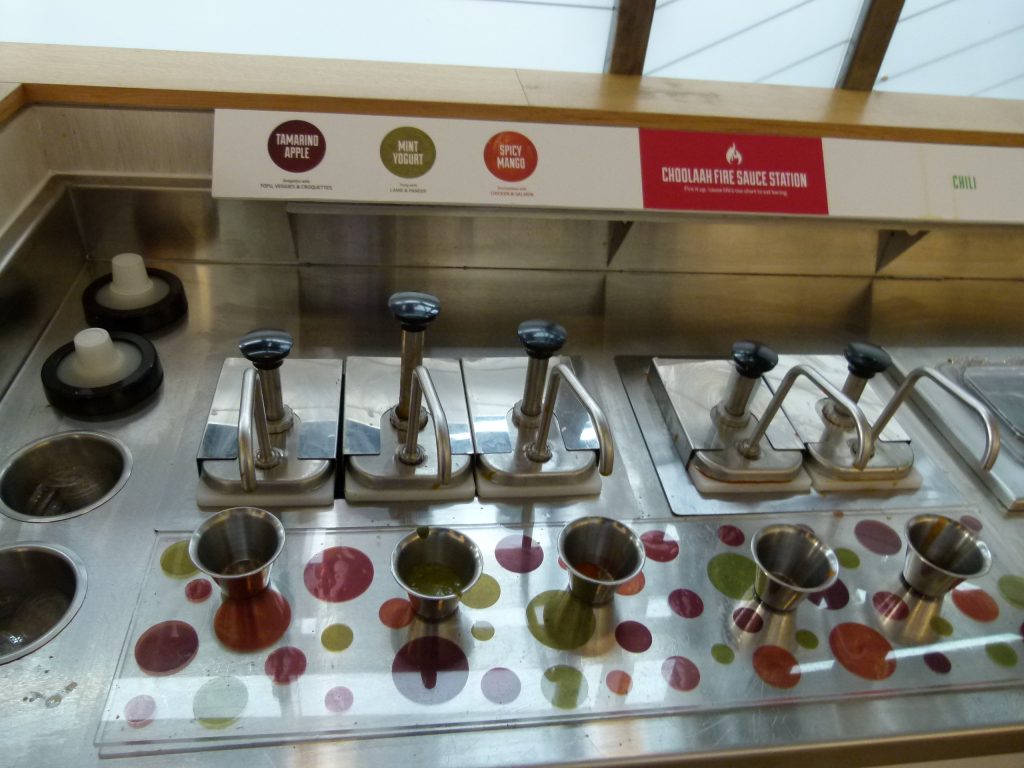 At Choolaah you can adjust your own level of heat by using the Choolah Fire sauce. What’s also nice is that their menu does not lean heavily on mainly curried dishes. Choolaah’s food is sourced from responsible and sustainable growers and purveyors. Items on the menu are marked as to whether they are vegan, vegetarian, or gluten-free.

Another section of the menu offers Indian street snacks such as: samosa chaat, pav bhaji (a vegetarian sloppy Joe in a bowl served with soft buns), and regular samosa. There’s also a kids menu with some naan pizzas and grilled proteins with rice and veggies.

In addition to regular soft drink choices, there are also a mango and yogurt smoothie and flavored lemonades (made fresh in-house), and organic tea. For dessert Choolaah offers several ice cream flavors and a chocolate truffle. 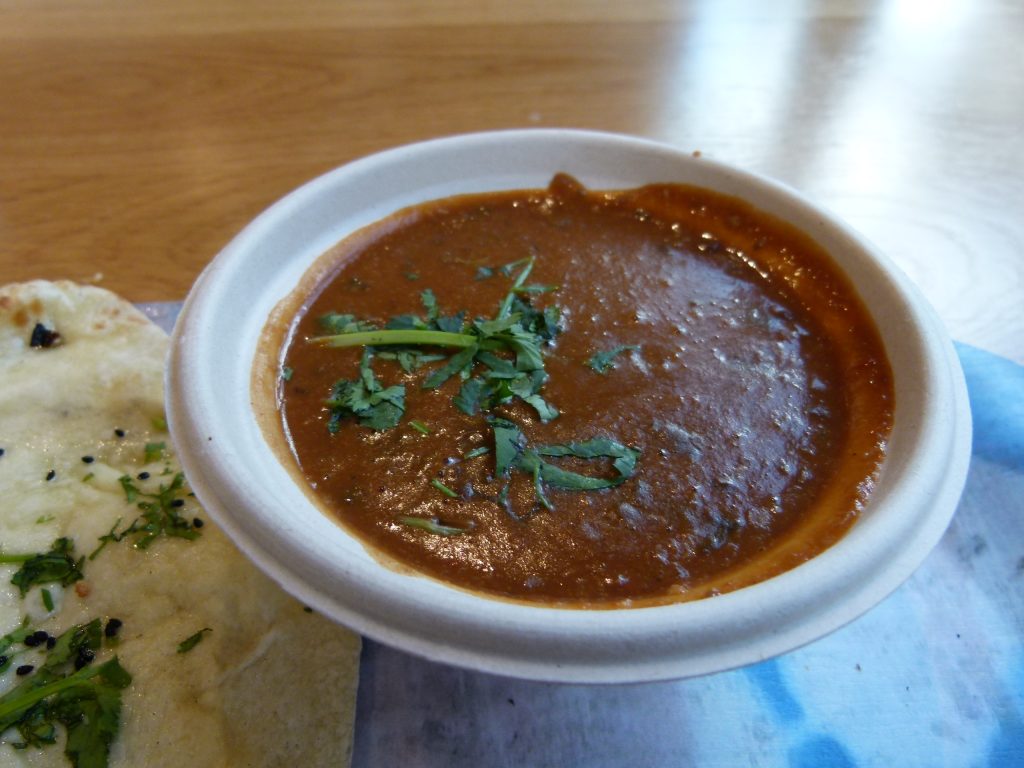 There are several fun aspects to the decor including a stacked book display and on a stainless steel part of the back hallway wall were magnetic words can be arranged to make a phrase, poem or short story.

Choolaah is a fast-casual concept from co-CEO’s Raji Sankar and Randhir Sethi of Pittsburgh-based Wholesome International. There are locations in King of Prussia, PA; Sterling, Virginia; Fairfax Virginia; and Orange Village, Ohio. Wholesome is also the franchisee for Five Guys Burgers and Fries in Pittsburgh and Northeastern Ohio. 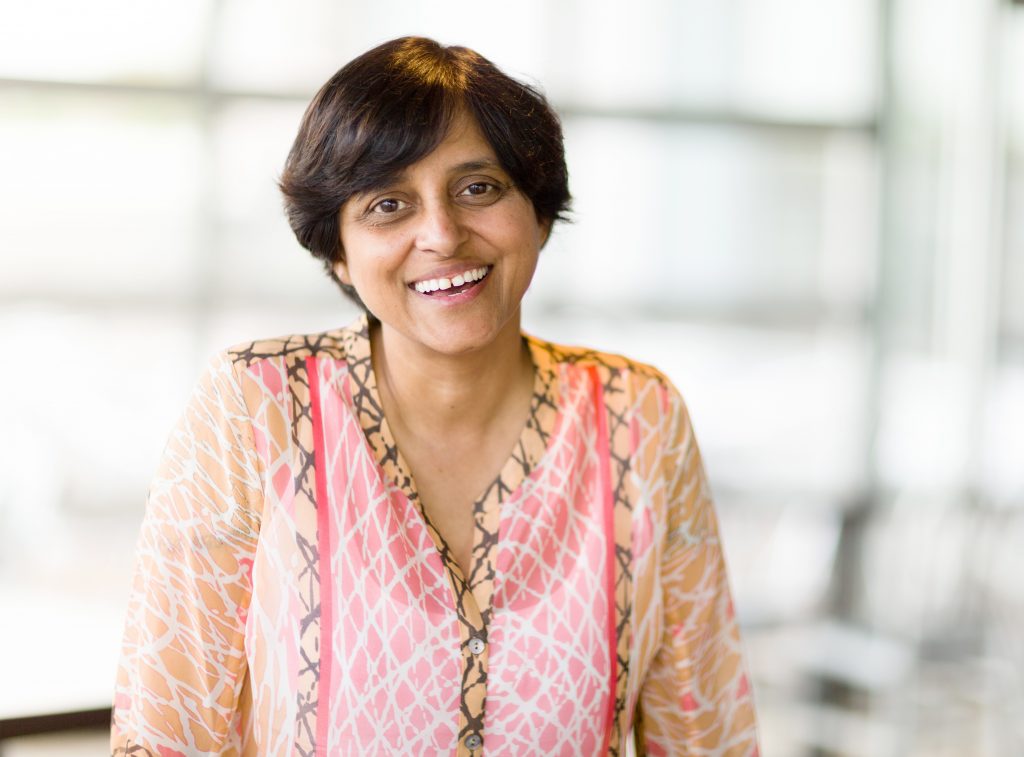 I had an opportunity to speak with Choolaah co-CEO Raji Sankar to learn more about Choolaah. Sankar grew up in India in the town of Bhilai which is halfway between Bombay and Calcutta. She called it a “gritty steel town.” She went on to say that Pittsburgh is the city in which she has lived the longest. Sankar and fellow co-CEO Randhir Sethi worked in tech and finance industries before starting out in the food business.

Sankar said, “Sethi wrote a business plan in 2003 to start a restaurant that would offer the Indian food that we ate at home—clean, wholesome, home cooked food with a lot of flavor from the spices. A wholesome home-cooked approach to food. We wanted to change how Indian food is perceived in the U.S.

We didn’t feel that the timing was right for our concept in 2003 so we looked for other opportunities. We liked the fast casual category of the restaurant industry and then became a franchisee for Five Guys Burger and Fries.

We were successful with Five Guys and would often look around for other opportunities. Sethi and myself kept coming back to Indian food. Indian food was looking like the new strong trend so we got out our original business plan that we did in 2003. Sethi and his wife, Simran,  went back to India for a few years to rediscover the authentic foods of India. We wanted to harness the foods that we grew up on. 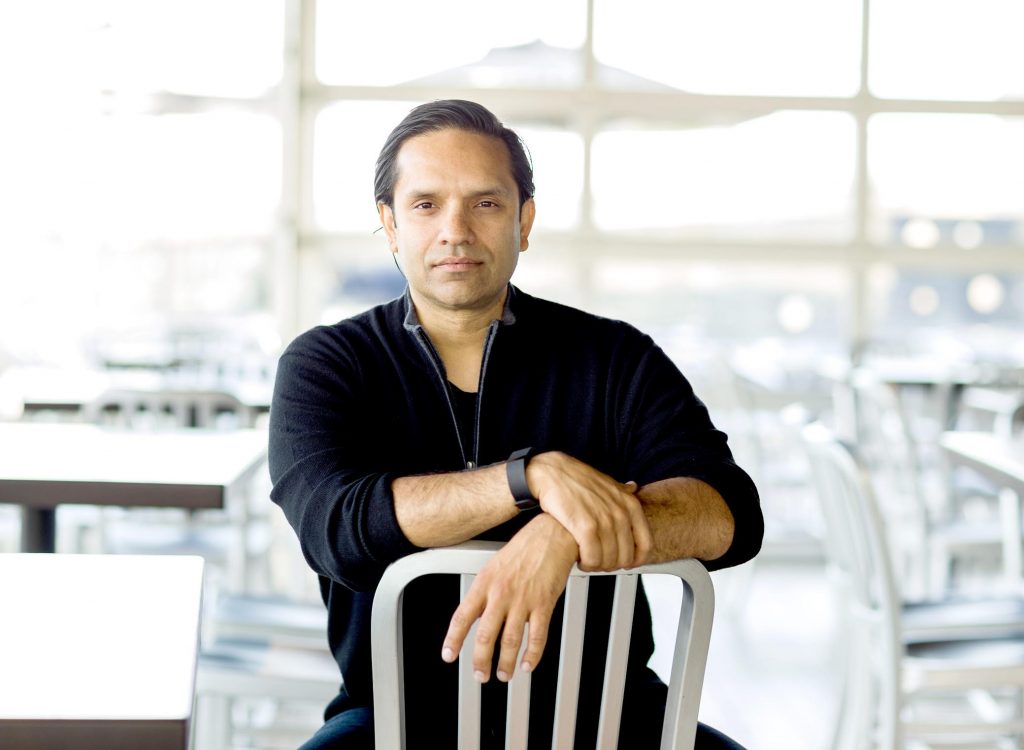 At Choolaah we have great partners and our Director of Product Management and R&D, Simran Sethi, worked on developing our own recipes. We use 46 whole spices to create a dozen custom spice blends. We wanted our food to be authentic and accessible. It was a journey of two years, just working on our recipes and store design. We wanted to create the magic of caring people; good spices, food, and store design.” The first Choolaah restaurant opened in Orange Village, Ohio in November 2014.

I mentioned to Sankar that I liked the cool brand marketing on the Choolaah website and she immediately credited their partner, Jay Nesbitt, Chief Creative Officer. She mentioned that Nesbit was a founding partner of the noted Pittsburgh ad agency Wall to Wall Studios and that he had been instrumental in the marketing and branding of Choolaah. Sankar wants to create many more fans of Choolaah, who she affectionately calls Choolaah-heads. She credits her entire team for their success and says their dream is to not only develop people professionally, but also personally and create more opportunities for them. 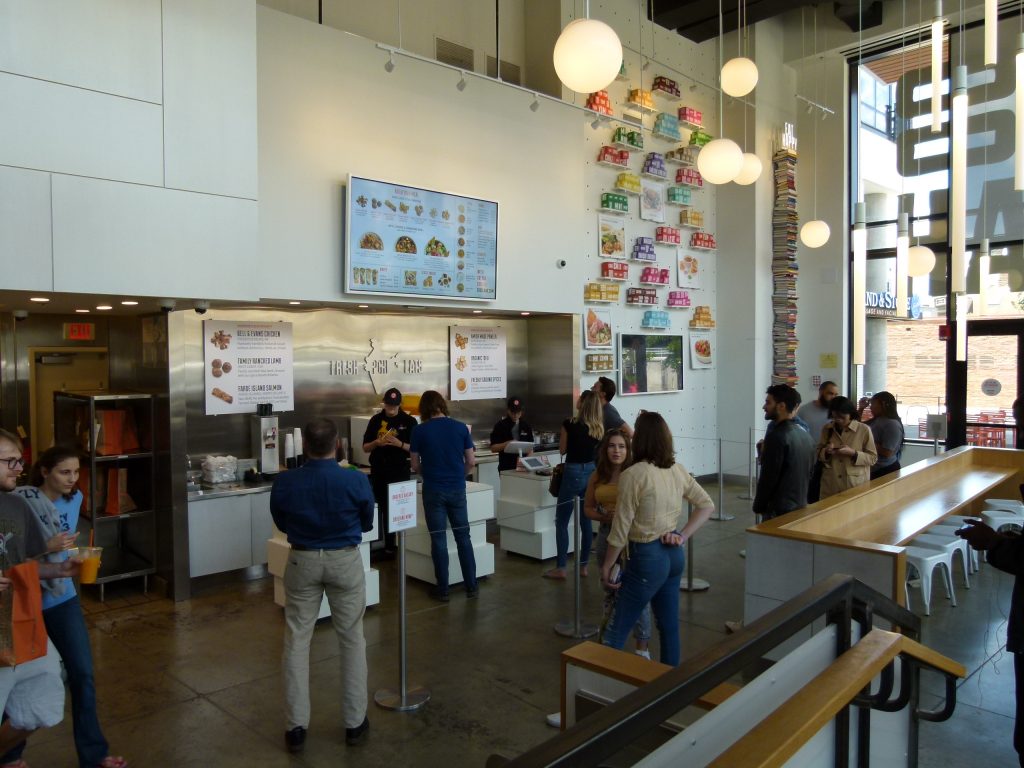 The front counter area. Notice the stack of books in the right corner and other decorative highlights.

One thing that I had been curious about is why Choolaah has just one restaurant in five different cities instead of opening multiple stores in an individual city before moving onto the next market. Sankar laughed a little and replied, “We don’t always go by the textbook. We made a calculated choice to seed each market and develop our infrastructure and supply chain. To create an infrastructure for growth along the Eastern Seaboard.” Rankar also told Entertainment Central to look for a new Choolaah in Robinson Township near the end of the year.

Choolaah is an “authentic and accessible” fast casual Indian restaurant and I am most definitely now a Choolaah-head. 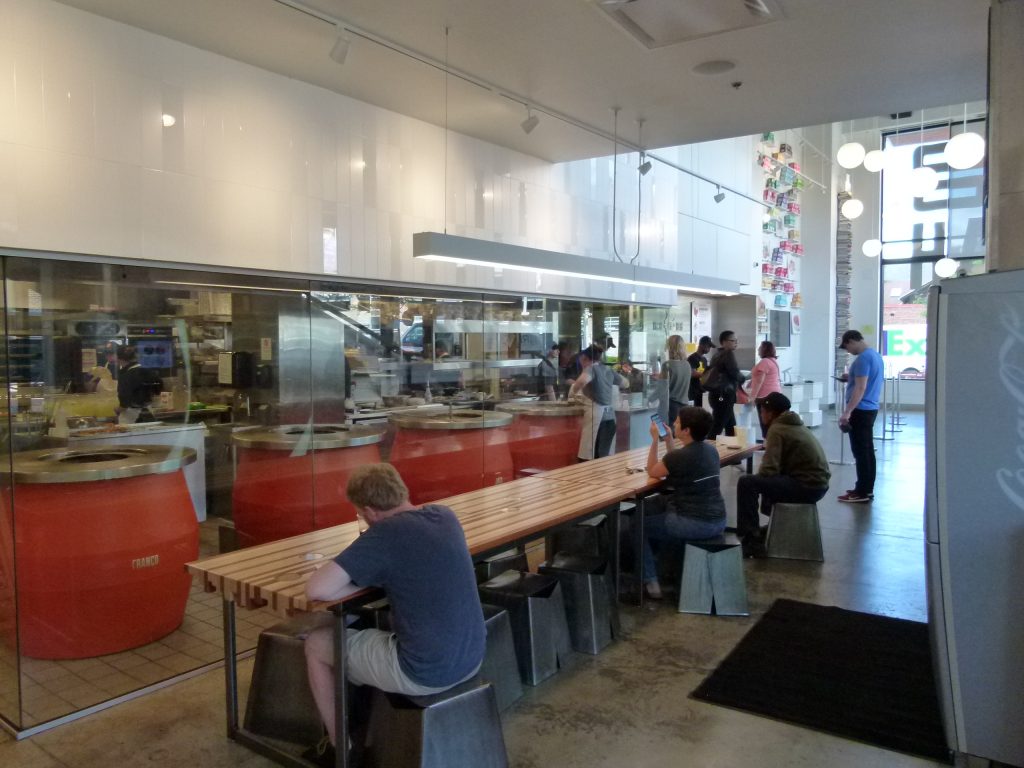 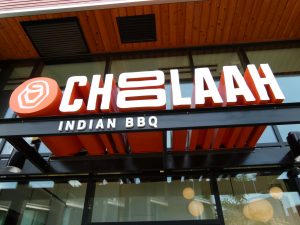