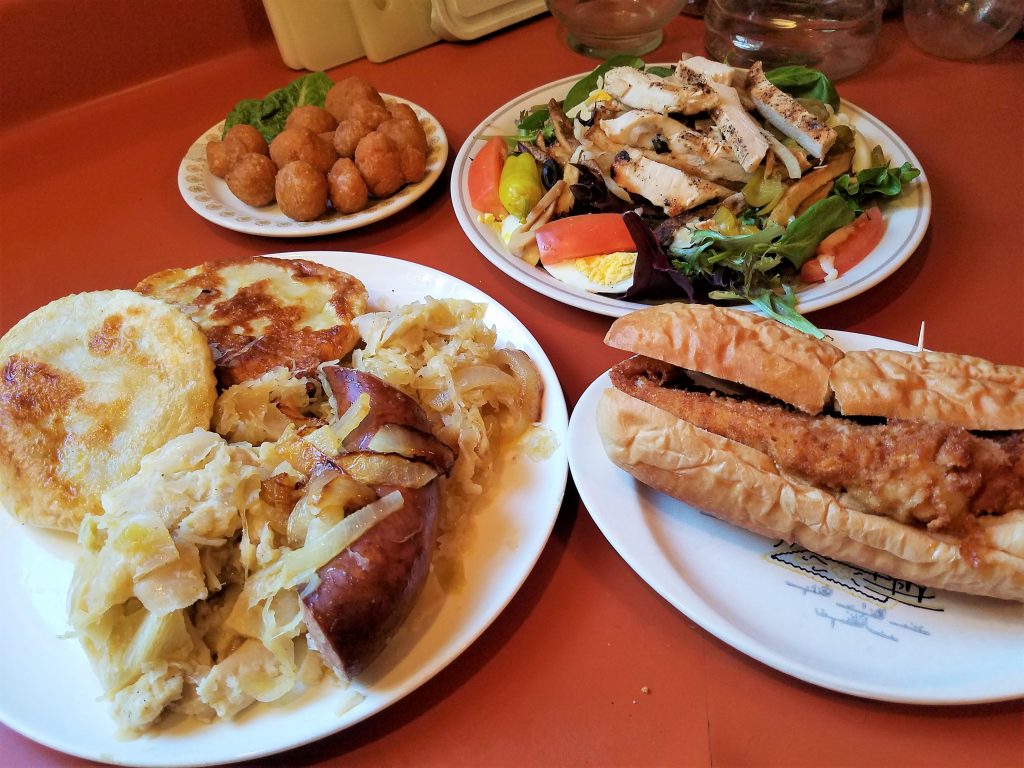 The first time I experienced the food of the Starlite Lounge was when I went to see a rock show at Moondog’s Pub about five years ago. My friends Bonnie and Meryl said they had just picked-up some pierogies from the Starlite (a sister establishment to Moondog’s and situated just a few doors away from the pub). They asked if I’d like one, being a pierogi lover I naturally said yes. I looked down at their plates and witnessed the biggest pierogies I’d ever seen. They were each about the size of a small calzone. I thanked them, dug in, and enjoyed it very much.

Recently, I thought about those pierogies and decided to head out to the Starlite in Blawnox to get several more and sample a few other items. Guy Fieri, restauranteur and host of Food Network’s TV show: “Diner’s, Drive-Ins, and Dives,” visited the restaurant and did a story on The Starlite for an episode in 2008. Fieri returned recently for some more Starlite Lounge flavor and food. The new episode with the Starlite will air tonight, May 14, on the Food Network at 9 p.m.

It was a late Wednesday afternoon when I entered the Starlight. The large horseshoe bar of the front room had a few end-of-the-day blue collar folks populating it. I asked the bartender for a menu and then placed my order: the Polish Platter, Starlite Famous Fried Fish Sandwich, fried mushrooms, and to be somewhat healthy—the Starlite Grilled Chicken Salad. About 20 minutes later, the friendly bartender, Mallory, brought me my take-out order.

After a fast drive home with the delicious aromas pressing my foot down harder on my Jeep’s accelerator, I opened the Styrofoam take-out containers. The pierogies were just as big and delicious as I remembered them. And they each had a little bit of a caramelized char on them. The Polish Platter came with one potato/cheddar and one spinach/feta pierogi. The spinach/feta combination was a new pierogi filling for me, and worked well—like a Polish spinach pie. Also included in the Platter was about a five inch piece of hot and juicy kielbasa. It was grilled to perfection and accompanied by haluski and sauerkraut. The Platter was very tasty, like being at a fun Polish family get-together.

The Starlite Famous Fried Fish Sandwich was a good sized piece of fish, hand-breaded, fresh North Atlantic cod deep-fried and served on a Mancini bun and a side of coleslaw. Good, moist, top quality fish. The fried mushrooms were tasty, standard restaurant deep fried mushrooms—hot and steamy mushroom on the inside, surrounded by crispy breading on the outside.

The Pittsburgh salad—the Starlite Grilled Chicken Salad, was a “healthier” choice, yes it was a lovely mound of veggies, but it did have fresh cut fries on it and shredded cheese. Oh well good to get your veggies any way possible. The grilled chicken brought it all together in a delicious way. 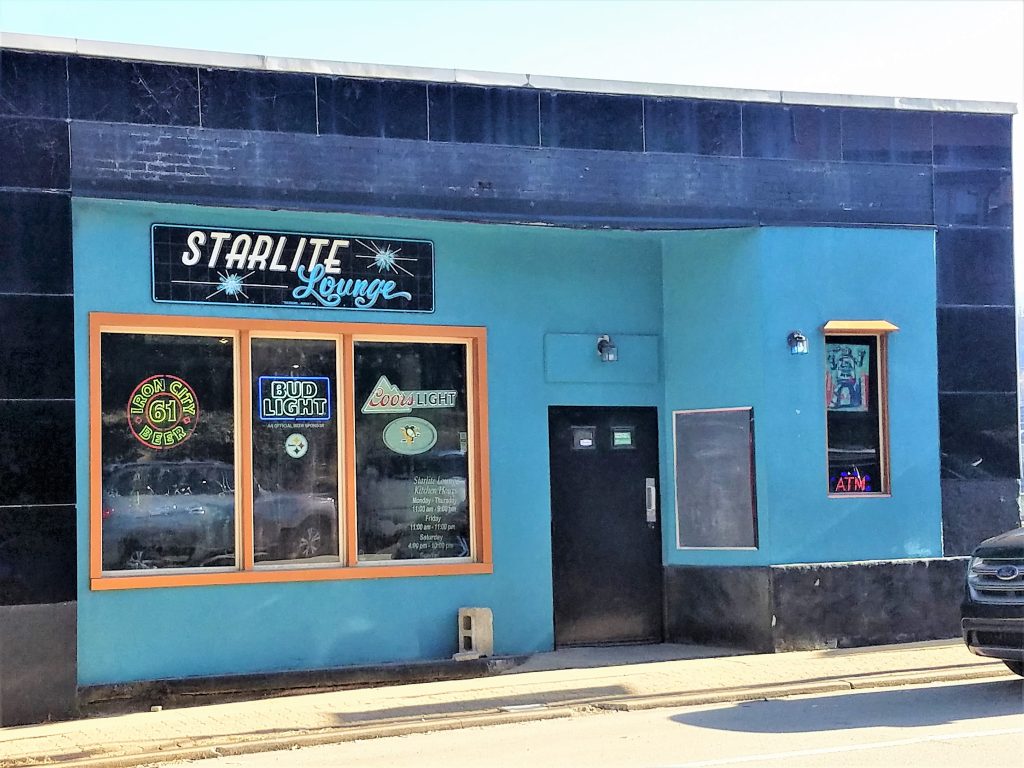 Other interesting items for future consumption include: the Starlite Chicken Diablo, half pound burgers, Moondog’s Jumbo Wings, the hot meatloaf sandwich, and the stuffed green pepper soup. The Starlite Lounge’s menu has an understated slogan that speaks volumes about the longtime Blawnox establishment: “Real. Pittsburgh. Food.”

The Starlite will also have live music again on certain nights as we put the pandemic firmly in the rear view. Noted Pittsburgh rocker Norm Nardini often plays the bar area on Friday nights and bluegrass groups are often on the schedule as well.

Both the Starlite Lounge and Moondog’s are owned by the well-respected Ron “Moondog” Esser. He has a very strong record of community involvement. When Esser said a few months back that due to the pandemic he may have to permanently close Moondog’s; musicians who have performed there and many others pulled together and created a three night benefit concert to raise funds to save Moondog’s and a GoFundMe page for the bar is still raising funds to support the important mission. Support the Starlite Lounge too by enjoying some Pittsburgh favorites in a restaurant with a lot of character.

Starlite Lounge
364 Freeport Rd.
Blawnox, PA
(412) 828-9842
Starlite’s website is now saying that reservations are required regardless of group size. Possibly due to the new TV spotlight.