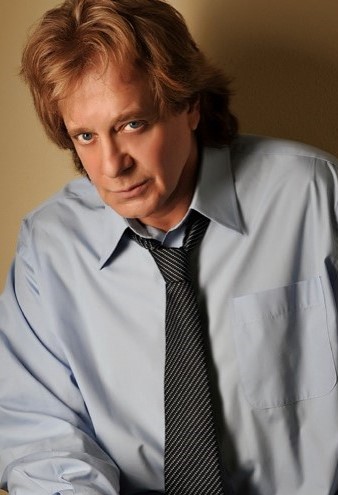 There’s an old saying about how rough and violent hockey is: “I went to a fight and a hockey game broke out.” Well, here’s a new one: “I went to an Eddie Money concert and a standup comedy routine broke out.” Concerts are multidimensional events. The best ones have a solid base of music, and if that’s great you really don’t need much else. However it is nice when there’s some type of lagniappe. It could be stunning visual displays that accompany the music (U2), or maybe a stunt (Alice Cooper), or talented dancers (Beyoncé). In Eddie Money’s case it was the wisecracking and jokes in his between-the songs-banter with energized fans at Greensburg’s Palace Theatre. He also made funny faces and did other routines that livened up the Thursday night concert.

In the pre-concert bio video that was shown on the stage backdrop, Money referred to himself as the Eddie Haskell of rock and roll, but I’d argue that he is a little more akin to being the Rodney Dangerfield of rock and roll. He talks about his wild family. Several of his children perform occasionally with him in the band, which he likens to being a dysfunctional “Partridge Family.” Money’s joy could be that he just had a birthday the day before the concert and that he has a sincere affection for the Pittsburgh area and his fans here.

One of his funny stories was about meeting his wife Laurie at a concert. “I was singing ‘Two Tickets to Paradise’ at the edge of the stage and I see this woman at the edge of the stage and she is crying and her mascara is running down her face. I couldn’t hear her while I was singing the song, but when I was done she said ‘You are standing on my fingers.’” Money and Laurie have been married since 1989. Money said he thought he was “going to get lucky” for his birthday but when he asked his wife about it she said OK, he wouldn’t have to unload the dishwasher that night.

You may be saying now, can we please hear about the concert. To start the show Money strolled to center stage with dark sunglasses on and a tambourine in his hand. He promptly threw his shades into the crowd and tossed the tambourine aside while he launched into “Baby Hold On.” He was wearing black pants and black shirt with a multicolored print shirt unbuttoned over it. Hanging from his neck were two silver chains: one had a cross on it, the other was a stylized dog tag. His daughter, Jesse, came out and joined him on vocals. She was dressed in a figure-hugging short black dress with turquoise jacket overtop (she removed the jacket several songs in) and royal blue, velvet thigh-high boots.

In speaking about how Pittsburgh had been so good to him during the ‘70s, Money mentioned that WDVE was the first radio station in the nation to play the initial song for which he was seeking radio airplay, “Baby Hold On.”

“Do you wanna be a rock and roll star?” Money shouted to the audience. They replied yes and Money and band played “Wanna Be a Rock ‘n’ Roll Star” which featured a nice saxophone part by Money.

For the song “Soldier” Money dedicated it to the people who serve in the military and keep our country strong. He singled out a soldier in the crowd for recognition and said the serviceman had just returned from Afghanistan. The song featured a military drum fill, in parts, and Money and daughter saluted at several times during the song. An American flag was even waved on stage.

Money said that he was happy to have back on lead guitar for a few dates his former lead guitarist, Tommy Girvin. “Early Money was real Money,” Money said in referring to early work, and that since he had one of his best lead guitar players on stage they would play “Life for the Taking.” It featured some killer guitar runs from Girvin on his Stratocaster and some nice synth parts from the keyboardist. The drummer and bass player were solid in laying the foundation for the band throughout the night as well.

For “Walk on Water” Money coached the audience in a sing-along to the “Na Na Na Na” parts. On “No Control,” he played harmonica and at one point pretended he was strapped into a straitjacket.

Next up were two of my favorite Eddie Money songs, the slightly obscure “Trinidad” from the 1980 release Playing for Keeps and “Gimme Some Water,” a hit track from 1979’s Life for the Taking. I had seen Money at the Stanley Theater (now the Benedum) in the early ‘80s when the song was a hit and he didn’t play it in concert then so I was overjoyed to hear him play it now.

“Trinidad,” a mystical rocker about a sailor’s girlfriend in Trinidad, opened with blazing high-note guitar riffs from Girvin. Then the drums came crashing in and we were off to Trinidad. Money joined the jam with vocals and some hot sax. The crowd was loving it.

For “Gimme Some Water” Girvin opened up big on his Strat and Money came in with the vocals: “Mama never understood what it’s like for a losing man /When her number one son goes bad playing cards with the Devil’s hand.” The whole band took off on a rock ‘n roll run. Girvin used a finger slide for parts of the song. During the lines “Smack that horse in the ass; with my last dying gasp my brother could hear me say / Give me some water ’cause I shot a man on the Mexican border,” Money smacked himself on the ass while bent over. After that scene Money and band reprised that part of the song again. Also during the song, a woman ran up to the stage and handed Money a beautiful bouquet of flowers. Money accepted it graciously and thanked the woman after the song.

Money also said there were some times when the city had been bad to him. That was whenever the Steelers beat his team, the Oakland Raiders. The crowd automatically booed this reference. He retorted, “You guys are living in the past” and then he led the band into his 1986 hit “I Wanna Go Back.”

After the song he said next year he was going to play his No Control album on tour and they had a big new sponsor for it—Depends. Money’s drummer knows just when to kick in with the traditional post-joke “tha dump” notes.

Jesse joined Money on “Take Me Home Tonight.” He originally recorded this duet with the legendary Ronnie Spector. The song was Money’s biggest hit, reaching No. 4 on the Billboard Hot 100 in ‘86. This rendition was a nice father-daughter moment and Jesse shined with her vocals, hitting some sustained high notes. Money’s voice is a little smokier than when he was younger, but still in good harmonic shape. Jesse also played the tambourine during parts of the song. Other audience favorites for the night were “Endless Nights” and “I Think I’m in Love.”

After performing one of his biggest hits, “Two Tickets to Paradise,” Money and Jesse shook hands with many people who had come up to the front of the stage. The 90-minute set closed with another big hit, “Shakin’.” And the place was shaking, with heavy guitar, drum, and bass playing with Money’s strong vocals and the band’s background harmonies riding on top. Money and Jesse were doing a little shake dancing of their own.

After the song, a birthday cake was brought out to Money by Jesse as the band played “Happy Birthday.” The crowd was chanting “Money, Money, Money.”

The audience and Eddie Money had a great time revisiting the late ‘70s and ‘80s when Money’s hits were in heavy rotation on many radio stations. It’s a good thing for everyone that Money didn’t continue as a New York City Police Department trainee and followed his love for music. Although he probably would have made a cool cop.

After the show Money signed Eddie Money shirts in the lobby, which he joked had a care label saying “Do not wash in hot or cold water.” All the proceeds from the shirts were being donated to the charity Pets for Vets which teams up dogs from animal shelters with veterans.

Want more Money? Money, Laurie, Jesse, and the other children—Desmond, Joseph, Julian, and Zachary, along with their pets—will star in a reality show, “Real Money.” It premieres Sunday, April 8 at 9:30 p.m. on AXS TV.