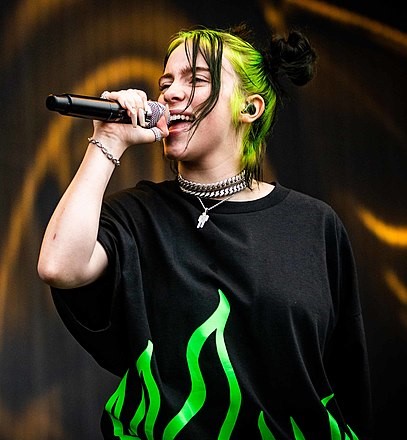 February, by virtue of it containing Valentine’s Day, is a month that’s a little more focused on love. The funk group Shalamar had a fantastic song called “This is for the Lover in You.” At Entertainment Central our goal with our monthly Concert Guide is to try to deliver an article for the music lover in you. Music is a gift. It help gets us pumped up, calmed down, recall memories, and can bring disparate groups together.

This guide features (in chronological order) spotlighted picks, other shows of interest, and big shows on the horizon. Get out and see what pleases you, whether it’s one of our concerts or something entirely different. Mike Vargo contributed to this Guide.

The War on Drugs’ songs are long, slow burns, conjuring images of flattened vistas, and harking back to artists like The Waterboys and Bruce Springsteen. Synthesizers and horns, plus the occasional “woo!” from Adam Granduciel, assist in the ambiance. The Philadelphia, Pennsylvania, band has played various stages including Lollapalooza, “Jimmy Kimmel Live!” and “The Ellen DeGeneres Show. The War on Drugs are touring in support of their 2021 album, I don’t Live Here Anymore. Doors open 7 p.m. Stage AE, 400 North Shore Dr., North Shore. (C.M., R.H.)

When Billie Eilish hit it big on the national scene in 2019 with her first studio album, When We Fall Asleep Where Do We Go, it shinned the spotlight on a very interesting person. She spoke about how her brother Finneas is a strong collaborator with her on her music. And that she also has Tourette syndrome, synesthesia, and had experienced depression and even contemplated suicide at one point. Luckily she has held up during her personal trials and continued to create hit songs like “Bad Guy” with it’s electro-pop beats and strong chorus hook. The song reached the no. 1 spot on the Billboard 100. Four other songs from the album reached the top ten on the singles chart. Eilish has garnered an impressive amount of award hardware including seven Grammys. Her follow-up 2021 album, Happier than Ever, picked up right where the previous one left off, reaching number one in 25 countries and will possibly be nominated for Grammys. The theme song for the James Bond film, No Time to Die, was co-written and performed by Eilish too. Currently she has the golden touch and you can catch her at PPG Paints Arena. Special guest is Willow. 1001 Fifth Ave., Uptown. (R.H.)

Reba McEntire is what you’d call an all-around country music star. Whatever the country equivalent of street cred is, she has it, having grown up on a ranch in Chockie, Oklahoma. Her dad was a champion steer roper and her first recorded song, “The Ballad of John McEntire,” was an homage to his rodeo exploits. Reba has won more country music awards than you can shake a lasso at. She is of course a member of the Grand Ole Opry. She also has a star on the Hollywood Walk of Fame for her work in film and TV—and, on Broadway in 2001, she was praised for her performance as Annie Oakley in Annie Get Your Gun. She even has her own clothing line, sold at Dillard’s department stores. McEntire also branched into gospel music, winning the 2018 Grammy for Best Roots Gospel Album with Sing It Now: Songs of Faith & Hope. (Here’s the dreamy “Amazing Grace” from that album.) If there is anything she cannot do, it’s staying away from her devoted fans. You can join them in Pittsburgh when Reba McEntire plays PPG Paints Arena. 8 p.m. 1001 Fifth Ave., Uptown. (M,V.)

Darius Rucker, former front man of Hootie and the Blowfish had a highly successful career singing hits like: “Only Want to be With You,” “Let Her Cry,” and “Hold My Hand.” Like many rockers, Rucker tried his hand at country music, and succeeded! The common denominator for him in both genres is a smooth, resonant voice. The Charleston, South Carolina, native has six solo albums to his credit and won a Grammy Award in 2013 for Best Country Solo Performance for “Wagon Wheel.”  Rucker recorded a cover of the Metallica song “Nothing Else Matters” for the charity tribute album, The Metallica Blacklist in 2021. 8 p.m. Benedum Center, 237 7th St., Cultural District. (R.H.)

The Marshall Tucker Band began performing in Spartanburg, S.C., in the early ’70s. Excelling mainly in southern rock, the band also blends in some gospel, R&B, jazz, and country music. MTB’s sound is unique and catchy and has withstood the test of time. You may still hear “Heard It in a Love Song” and “Can’t You See” on the radio or in a blues bar on open mic night, but at Rivers Casino, you’ll hear it straight from the band, which is always better than a remake. This is a great opportunity to hear an early and important band in southern rock history. 7 p.m. Sold Out. 777 Casino Dr., North Shore. (R.H.)

Imagine Dragons have played several different Pittsburgh venues over the years. One of the first  was Altar Bar and the group soon leaped to the big-time air of Consol Energy Center. Their first album, 2012’s Night Visions, debuted at number two on the Billboard 200 and went on to win the Billboard Music Award for Top Rock Album award. The Las Vegas group, whose style draws from rock, indie, and dubstep, is touring in support of last year’s, Mercury – Act 1. Special guest is Grandson. 7p.m. PPG Paints Arena, 1001 Fifth Ave., Uptown. (E.C., R.H.)

Boyz II Men are originally from Philadelphia, Pennsylvania, and best known for beautiful vocal harmonies in their love ballads. They hit the charts with “I’ll Make Love to You” and “End of the Road” in the early 1990’s. “End of the Road” set a new record for weeks on the Billboard Hot 100 chart at number one, thirteen weeks. This broke the old record previously set by Elvis Presley. After breaking the record they set two new ones with “I’ll Make Love to You” and “One Sweet Day” (with Mariah Carey). They have continued to tour and record over the ensuing decades and even finding time to make a TV commercial or two. One for Geico shows that even unpleasant medication side effects can sound better when sung by silky smooth Boyz II Men. The group’s latest LP is 2017’s Under the Streetlight. 7 p.m. Sold out. Rivers Casino, 777 Casino Dr., North Shore. (R.H.) 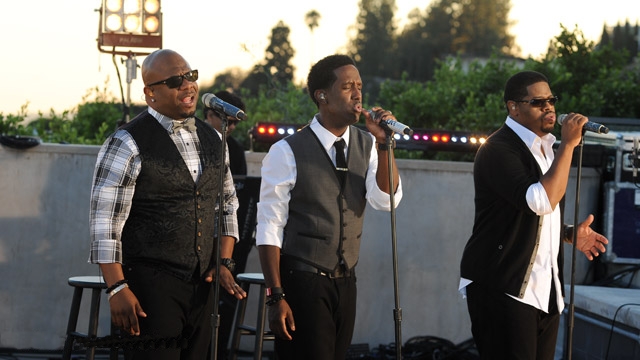 “The Wheel in the Sky” keeps on turnin’ and luckily keeps Journey on tour with stops in Pittsburgh.  It’s been over 40 years since the band originally formed, and they haven’t stopped rocking (or believing!) since. Indeed, the band famous for “Don’t Stop Believin’” has been absolutely relentless in their success over the years; to date, their Greatest Hits album has sold more than 15 million copies. Lead singer Steve Perry left the group for a solo career first in the mid-eighties and then again in the nineties. Several other singers have fronted the band. Since 2007 Journey has featured a talented Filipino lead singer, Arnel Pineda, who lead guitarist Neal Schon, saw do an amazing cover of  “Don’t Stop Believin‘” on YouTube and asked him to audition for the band. They were highly impressed and asked him to join Journey. The group is currently working on a double album. Toto joins them as their special guest. 7:30 p.m. PPG Paints Arena, 1001 Fifth Ave., Uptown. (R.H.)

John Mayer went from pop to blues to jam-band. Let’s chart this development. One of his first singles was “Your Body Is a Wonderland,” which won a Grammy for Best Male Pop Vocal Performance in 2003. He moved to blues in the mid-aughts by collaborating with legends such as B.B. King, forming the John Mayer Trio, and releasing Continuum in 2006. Cut to a few albums later, and John Mayer became a Deadhead after hearing “Althea” on a Pandora station. He befriended Grateful Dead guitarist Bob Weir in 2015. The pair and Dead drummers Mickey Hart and Bill Kreutzmann soon formed Dead & Company, which has toured in most years. Dead & Company may or may not be coming to Pittsburgh this year, but Mayer is. He will perform his solo work at PPG Paints Arena. Mayer’s most recent studio album is Sob Rock, released in 2021. 7:30 p.m. 1001 Fifth Ave., Uptown. (C.M.,R.H.)

Part of the band alt-J‘s  success has to do with their incorporation of the mainstream. Early singles like “Fitzpleasure” take a cue from dub step; “Hunger of the Pine,” meanwhile, samples Miley Cyrus. The latter single comes from the group’s sophomore album, 2014’s This Is All Yours. It received a 2015 Grammy nomination for Best Alternative Music Album. Such accolades are part of what have helped to propel the band from Leeds, England, to venues like the Benedum and now the Petersen Events Center. Alt- J will drop their latest album, The Dream, on February 11.

Also on the bill at The Pete is Portugal. The Man. The group has one of the most impressive runs in modern music. Beginning in 2006 with their debut, Waiter: “You Vultures!, they released a new album every year for five years while touring constantly. Portugal. The Man performed at the opening day ceremonies for Dick’s Sporting Goods new concept store, Public Lands, in Cranberry Township last September and didn’t disappoint. Brittany Howard joined them for part of their set. The group is set to release their new single, “What Me Worry?”, on February 9. Special guest is Sir Chloe. 7 p.m.  Petersen Events Center, 3719 Terrace St., Oakland. (C.M., R.H.)

Pittsburgh Americana band Buffalo Rose has a sound that’s been described as folk and soul-grass with soaring harmonies. Buffalo Rose was busy in 2021 with numerous gigs included the Moe’s Southwest Thank You Tour stop at Allegheny City Brewing and the Allegheny County Parks fundraiser at North Park. Buffalo Rose has just been named to play the South by Southwest Festival (SXSW) next month in Austin, Texas. Before they depart, check them out at the Thunderbird Cafe. In other band news, Buffalo Rose will also be releasing an EP on the 22nd that they collaborated with Grammy Award-winner Tom Paxton on. Broken Fences opens. A full-length LP will follow later this year. Doors open at 7 p.m. 4053 Butler St., Lawrenceville. (R.H.)

Big Blitz made a big impression on the audience at last fall’s Pittonkatonk in Schenley Park. They made a big beautiful sound with their two hot saxes and phrenetic drumming. The group’s sound is distilled from dance, rock, and jazz improvisation music. Big Blitz also takes inspiration from the sax and percussion bands that often busk in the subways of New York City. They write all their own music and promise “a high energy performance that funkies with your brain and flows down to your feet.” You can see them at Club Cafe with special guests Back Alley Sound and Working Breed. 7:30 p.m. 56-58 S. !2th St., South Side. (R.H.)

Thursday, March 31 & Friday, April 1
They Might Be Giants (Mr. Smalls)