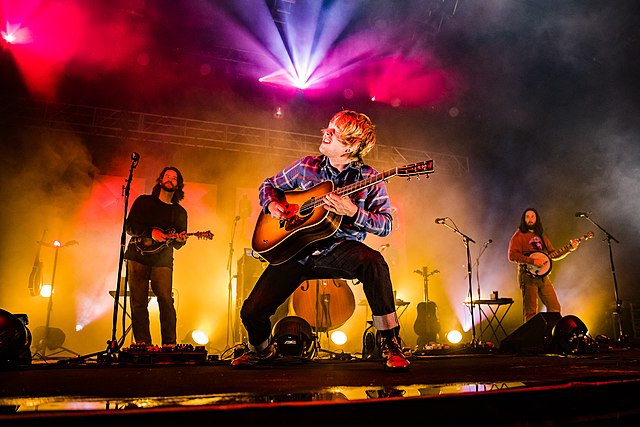 As we enter into November the Pittsburgh concert scene moves into a slightly slower gear. The two biggest shows are Billy Strings at The Pete and Phish frontman Trey Anastasio making a stop with his band at UPMC Events Center. Rock bands/performers with great hair and guitar rock sound, Winger and Bret Michaels are in action in the region this month. Richard Marx, also known for great hair and his hot pop rock sound, will be playing CHMH. Pittsburgh favorite, Guster, will be in concert for a sold out show also at CHMH. And if you’re looking for another happening string band, Trampled by Turtles is at Stage AE. Not content to let the men have all the fun, blues rock sensation Joanne Shaw Taylor is brining her melodic voice and incendiary guitar riffs to the Byham.

This guide features (in chronological order) Spotlighted Picks, Other Shows of Interest, and Big Shows on the Horizon. Get out and see what pleases you, whether it’s one of our concert picks or something entirely different.

Think Mumford and Sons sped up, and you’ll start to have an idea of what Trampled by Turtles’ music sounds like. The Duluth, Minnesota six-piece forgoes percussion for instruments like the banjo, cello, fiddle, and mandolin. They’ve been making music for almost 20 years and scored a number one hit on the Billboard Bluegrass charts with 2010’s Palomino. The band released its first live album, Live at First Avenue, in 2013, and somewhere in between, did a pretty awesome cover of the Pixies’ “Where is My Mind?” (Other great covers: Radiohead’s “Fake Plastic Trees” and Arcade Fire’s “Rebellion (Lies).”) Trampled by Turtles’ most recent LP, Life Is Good on the Open Road, was released in 2018. Doors open 7 p.m. Stage AE, 400 North Shore Dr., North Shore. (C.M., R.H.)

A Billy Strings concert in Pittsburgh was an early casualty when the Covid lockdown hit in March of 2020. Happily Strings is back on the road and stopping at the Petersen Events Center. Strings (born William Lee Apostol) in 1992, and has overcome many obstacles in his young life. Growing up in Michigan and then Kentucky, his father died of a drug overdose when he was two and drugs continued to be a part of his family’s life and eventually his as well. His family and his stepfather Terry Barber also had a taste for bluegrass music. His stepfather introduced him to bluegrass music. Luckily everyone got sober and Strings concentration on music saw him become very successful. He received the moniker Strings from his aunt who was amazed by his performance on several different traditional bluegrass instruments. For his latest album Me/And/Dad he teamed up with Barber. Although Barber is not his biological father, Strings considers him his dad. Strings has won a Grammy and a slew of other awards for his music. 8 p.m. 3719 Terrace St., Oakland. (R.H.)

Richard Marx will bring his roster of classic rock hits to the Carnegie of Homestead Music Hall, including “Satisfied” and “Don’t Mean Nothing.” The music video for “Don’t Mean Nothing” starred his first wife, Cynthia Rhodes. Marx has been married since 2015 to former model and MTV host Daisy Fuentes. Earlier this year, he appeared as himself in the 200th episode of the ABC TV show “The Goldbergs.” A Chicago native, Marx is a quality person and has been in several situations where he’s stood up for what’s right. 7 p.m. 510 E. 10th Ave., Munhall. (R.H.)

Discovered by Dave Stewart of the Eurythmics when she was only 16 years-old, Joanne Shaw Taylor, has learned about creating music from some of the best. Those helping with her education include Jimmy Cliff, Joe Bonamassa, Stevie Wonder, and Annie Lennox. Now at the age of 37, Taylor is one of the top blues rock artists in the U.S.. She comes doubly armed with both a deep, rich, soulful voice and a skillful hand on the frets of an electric lead guitar. Taylor released her new studio album, Nobody’s Fool, on October 28. It was produced by Joe Bonamassa. The English native’s previous two albums both reached no. 1 on the Billboard Blues Album charts. She also had a concert film special, Blues from the Heart, which ran on PBS this year. You can catch her in the ‘Burgh at the Byham Theater. 101 6th St., Cultural District. (R.H.)

Jam-rocker Trey Anastasio—who still fronts the popular band Phish—stops in the ‘Burgh with his band on his 2022 solo tour. Anastasio’s most recent studio album is Mercy, he composed his first solo all acoustic album which was inspired by the Covid lockdown. Anastasio is so talented he was even nominated for a Tony Award in 2013 for Best Score for the Broadway play Hands on a Hardbody. And Phish will be going out on tour later this year. 7:30 p.m. Special Guest is Goose. UPMC Events Center. 7 p.m. 6001 University Blvd., RMU, Moon Township. (R.H.)

Guster has been on the national music scene since 1991, scoring hits which you probably know by ear if not by name. (“Satellite,” from 2006’s Ganging Up on the Sun, is one.) The group may be from Boston, but they love Pittsburgh. Former Mayor Bill Peduto joined the members on stage for an impromptu song at the 2016 Dollar Bank Three Rivers Arts Festival. Pittsburgh loves Guster as well, their show this month with Vundabar at Carnegie of Homestead Music Hall is sold out. 2019’s Look Alive is their latest studio LP. 8 p.m. 510 E. 10th Ave., Munhall. (C.M., R.H.)

Winger, the New York City hard rock band best known for hits like “Seventeen” and “Headed for a Heartbreak” plays Jergel’s this month. Right at home with their glam metal peers—Bon Jovi, Tesla, and Van Halen— these guys shred, screech, and combine to form a sound worthy of an arena. Presumably, not unlike the aforementioned Van Halen, Winger derives their name from the surname of the band’s founder, Kip Winger, who played with Alice Cooper before striking out on his own. Today Winger is composed of Winger, Reb Beach (also of Whitesnake and from Pittsburgh), Rod Morgenstein, Paul Taylor, and John Roth. As is common for bands like Winger, their histories aren’t free of tumult—in 1994, as glam metal diminished in popularity and other musical forms took its place, Winger disbanded for about seven years. In 2001, however, the band reformed and has continued to rock on. Their latest release is 2014’s Better Days Comin’. A new album, Winger VII, should be out in the coming year. 8 p.m. Jergel’s Rhythm Grille, 285 Northgate Dr., Warrendale. (R.H.) 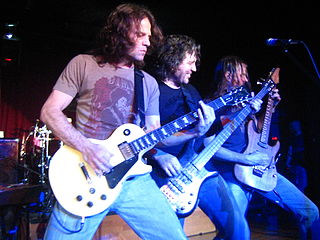 He’s the good-looking man in the red bandanna! You can bet the house will be packed when Butler native and die hard Steelers fan Bret Michaels revisits his home turf for a gig at the Palace Theatre. Michaels, born Bret Michael Sychak, has won fame in practically every way available. In addition to the solo career he launched in 1998 he’s been a founding member and longtime lead vocalist of the glam-metal rockers Poison. He wrote, directed, and starred in the movie A Letter from Death Row, with his friend and colleague Charlie Sheen. Michaels has even had his own reality TV shows. Expect to hear him doing metal/country hits like “Every Rose Has Its Thorn,” maybe “The App Song,” and more. Even when on tour, he makes time for many charity events as well. Being the positive guy that he is, this tour is the Nothin But a Good Vibe 2022. 7:30 p.m. 21 W. Otterman St., Greensburg.  (M.V.) 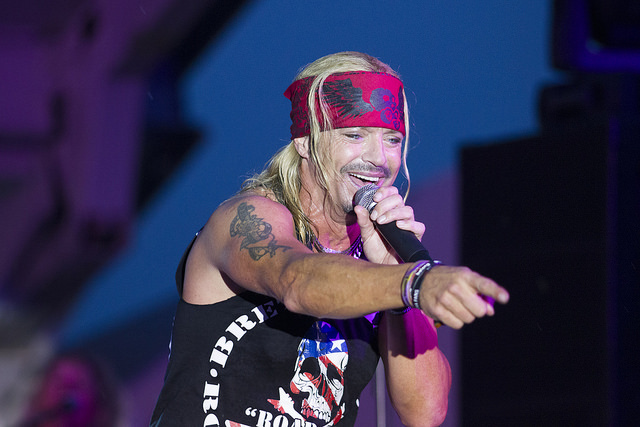