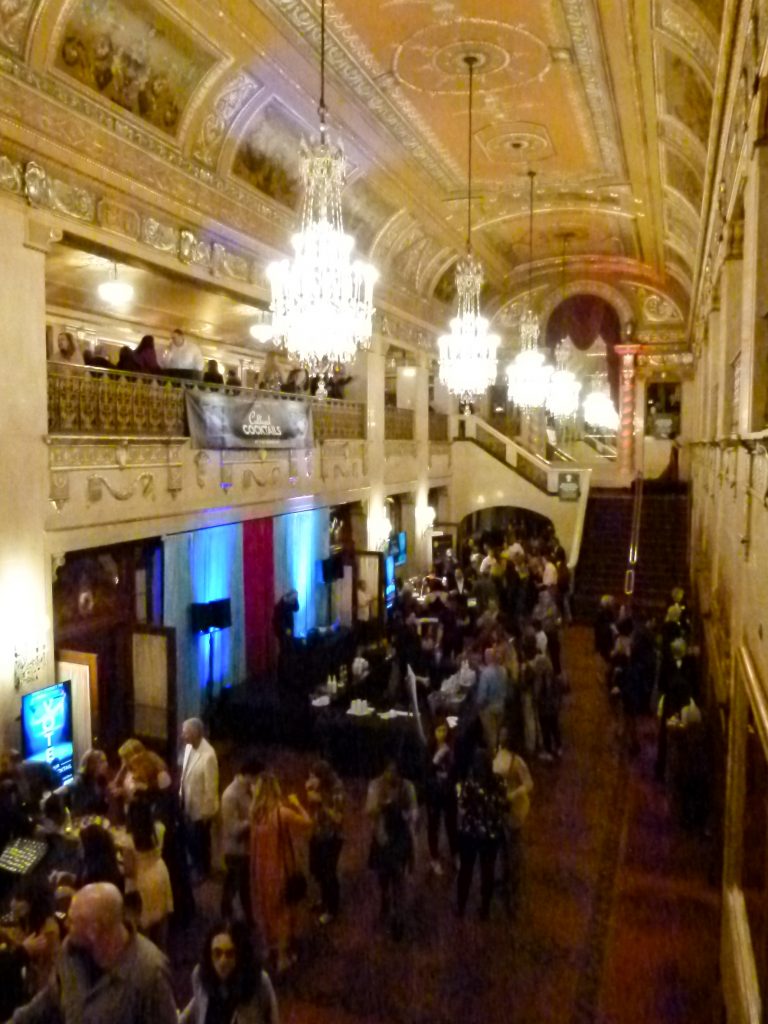 The spectacular grand foyer of Benedum Center and its balcony promenades was the location for Cultured Cocktails.

Hundreds of people were at the Benedum Center Saturday night, but not for a play or a concert. It was the second annual Cultured Cocktails party by the Pittsburgh Cultural Trust. Members of the Cultural Trust and the general public enjoyed a dining-and-drinks celebration. Restaurants offered a sampling of one of their dishes paired with a specialty cocktail made from liquor and mixes from featured purveyors. Singer Mia Z and DJ Soy Sos provided the tuneage, while liquor bottles flew in the air from performance-art bartenders.

Models wore beautiful dresses and several drag queens posed for photos with attendees. The cocktail names were very creative. There was even a Pittsburgh version of the popular Sex on the Beach cocktail. The Commoner featured Sex on the Mon Wharf as their paired drink. All the entertainment ingredients made for a fun and tasty evening.