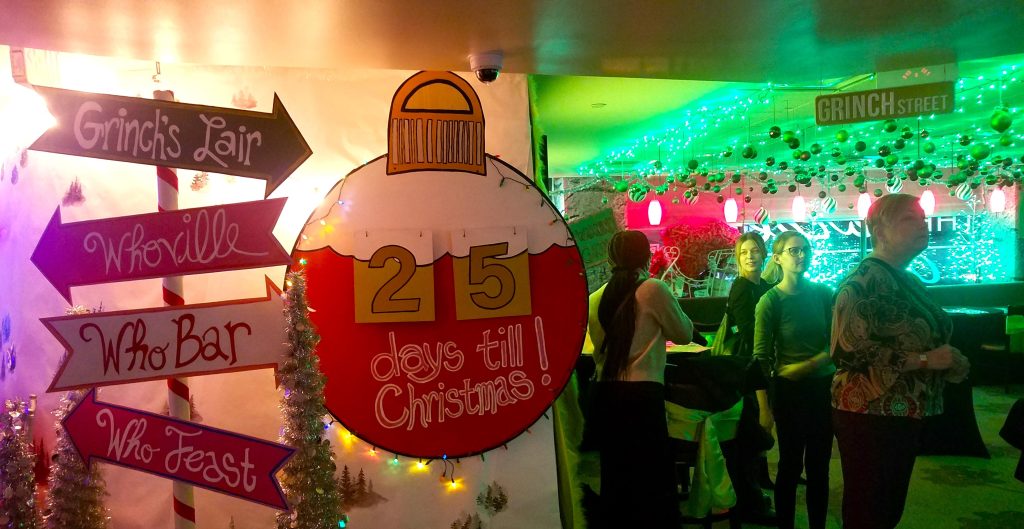 The Hilton Garden Inn Pittsburgh University Place in Oakland is turning green (and red) for the holidays with the return of its Whoville holiday pop-up bar. The restaurant and bar areas have been magically transformed into a “How the Grinch Stole Christmas” wonderland of festive lighting and decorations. Much like a holiday lights themed attraction, but better with Grinch-themed cocktail and food menus. 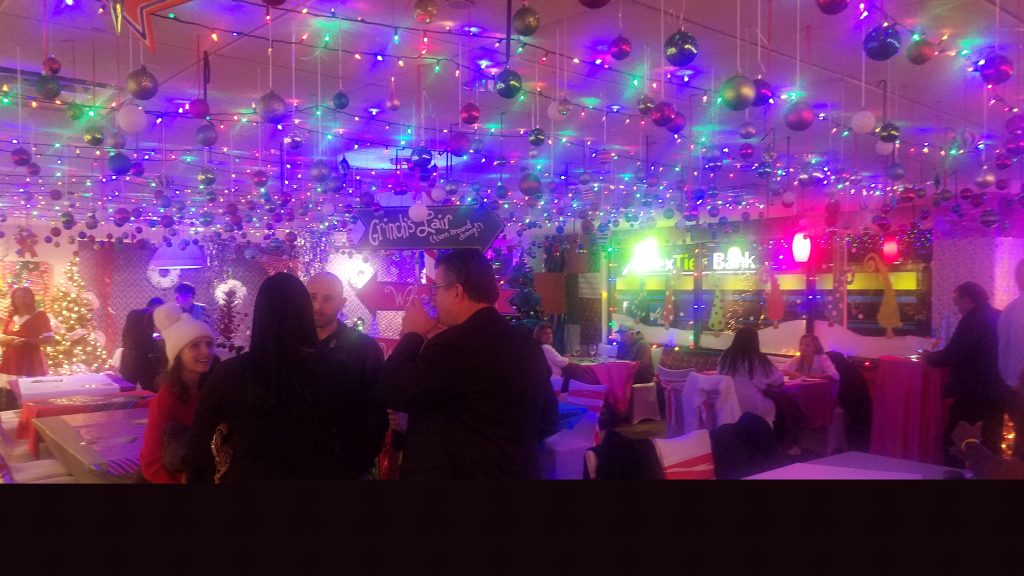 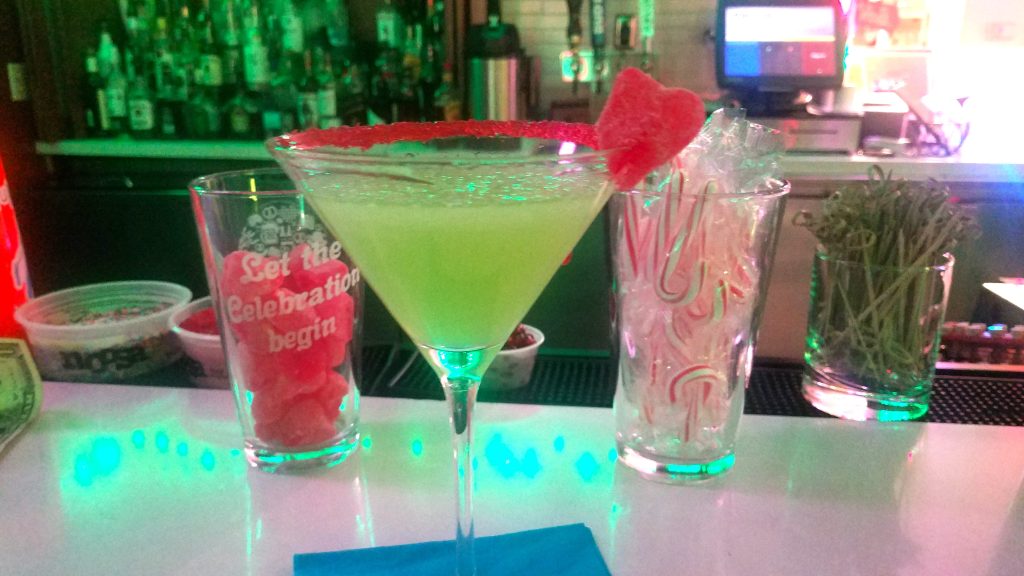 To aid in the suspension of disbelief is the Who-Libations menu. I decided to try The Grinch (“Green and tart as the Grinch, this melon martini comes with its own cherry vodka heart”). It was sweet and came with a little red gummy heart on the rim. The second cocktail I chose, Max’s Mule (“Spiced apple whiskey and ginger that’ll give you all the strength you need to pull that sled”) was a little more savory. It was finished with three fresh cranberries and a sprig of rosemary. Both drinks were fun and delivered a punch. Bartender Mikey Flair is a sensational bartender, shaking cocktails in fun holiday attire and offering drink suggestions. A female bartender had on a Santa Claus red suit and black belt and buckle. 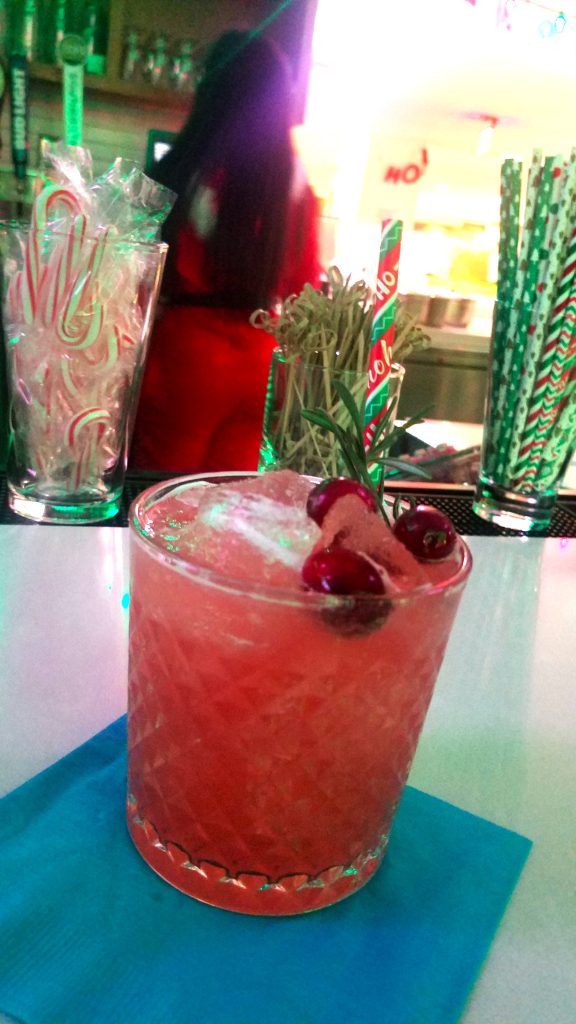 Max’s Mule has a steady kick.

Hilton Garden Inn’s restaurant’s General Manager Jill Curry was dressed as an adorable Cindy Lou Who with high blonde braided hair. And one of the staff was styled in a Grinch costume and hooded mask. They brought a lively green energy to the character. All the staff were very friendly and having fun. DJ Joe Costa was generating the holiday tunes. 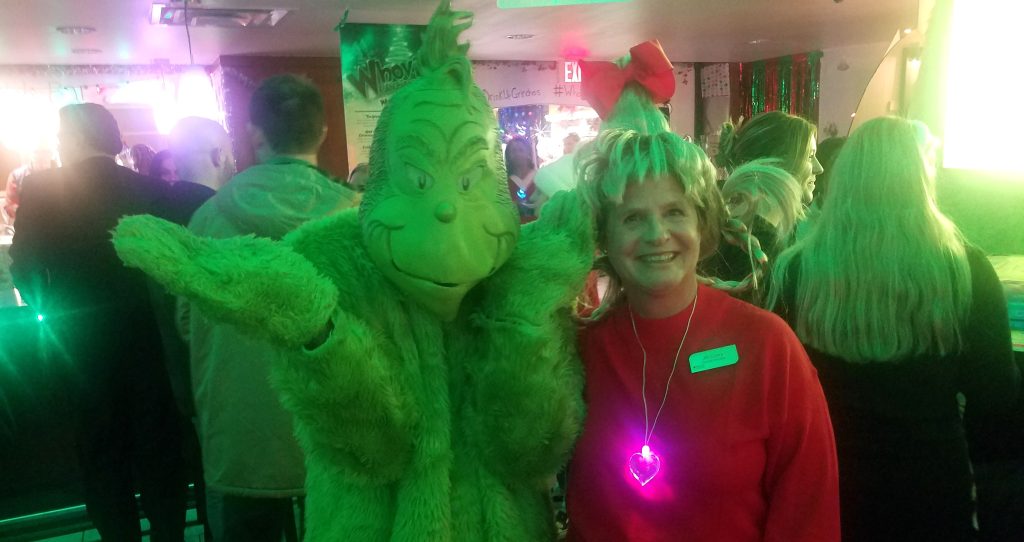 The Grinch and Cindy Lou Who (Restaurant GM Jill Curry).

The cozy houses of Whoville. 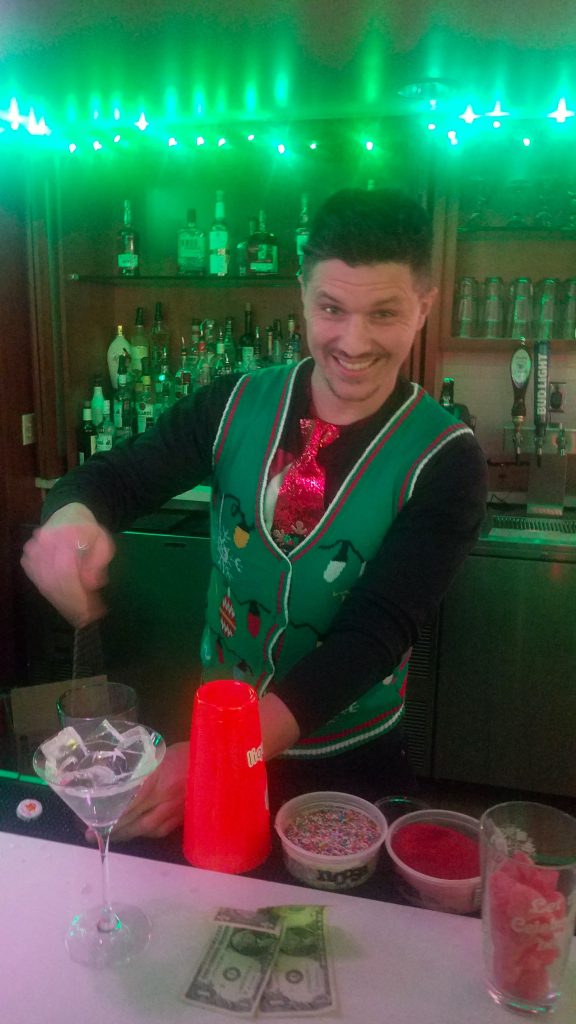 Mikey Flair is mixing things up with fun Whoville cocktails. 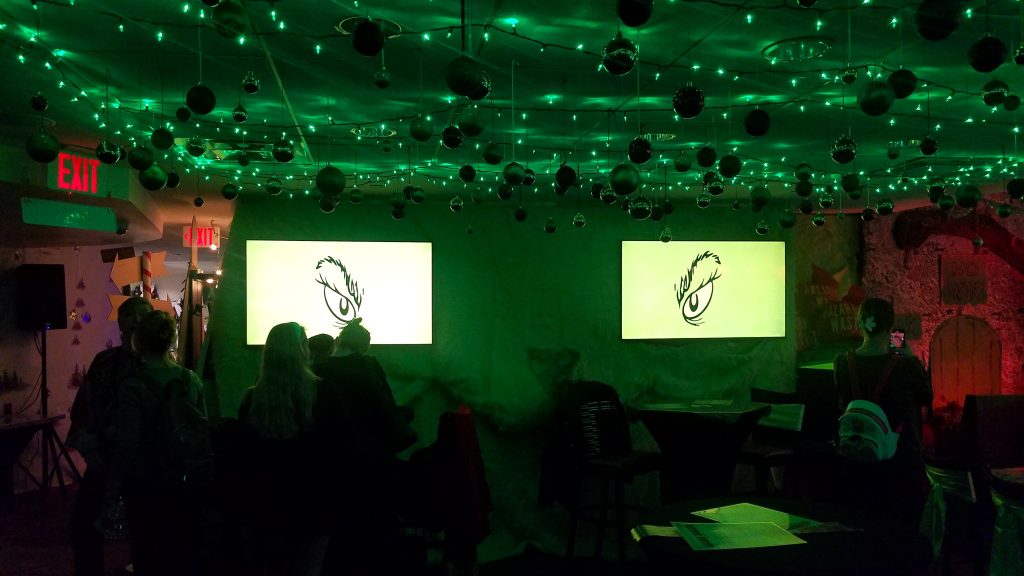 The Grinch’s evil eyes seem to be following you everywhere.