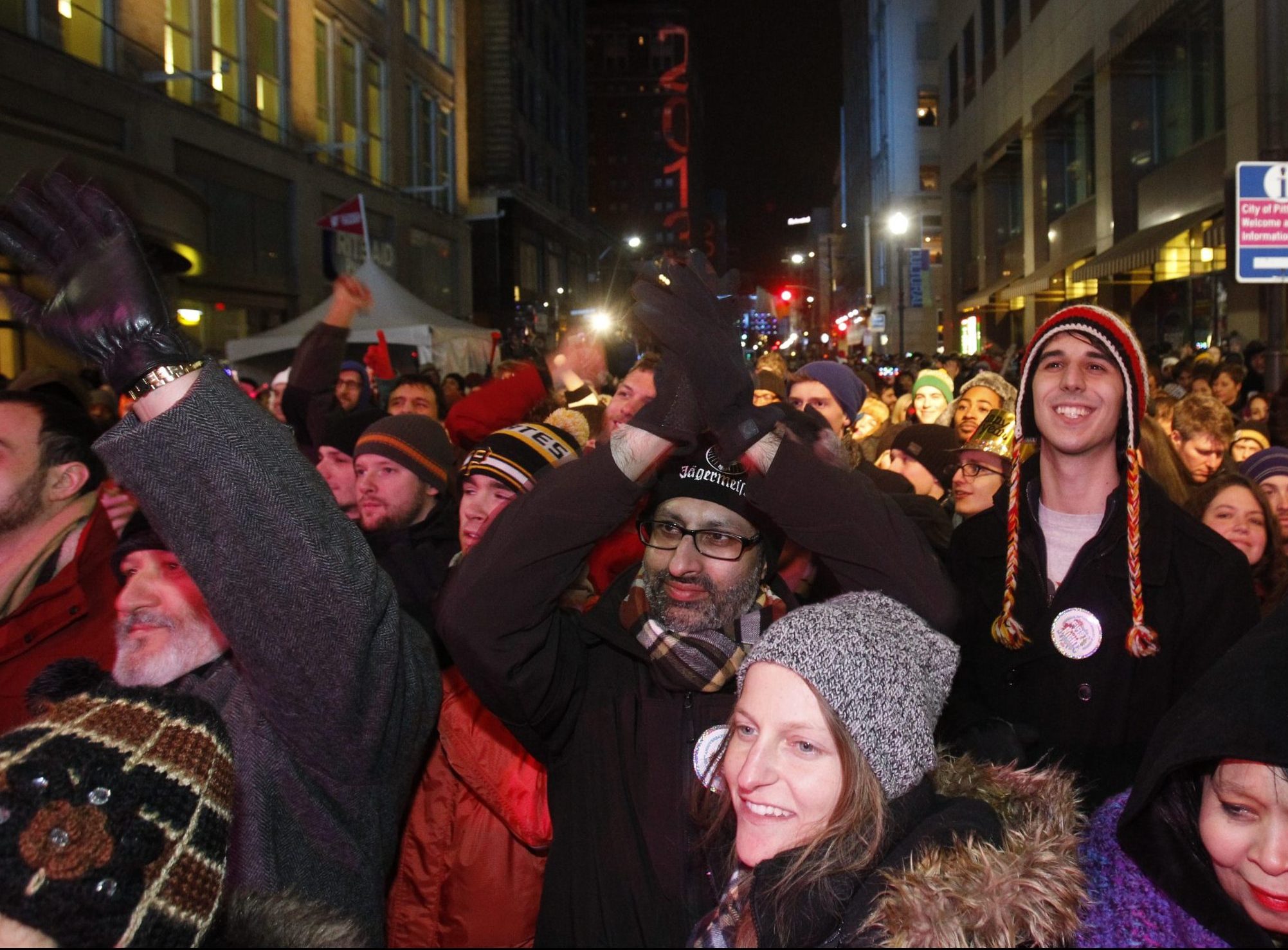 At the indoor venues or out in the street, it’s all good on First Night in Pittsburgh. (photo: Jason Cohn)

In a convergence that comes only once every 101 years, 2020 is the first year since 1919 with repeating double digits. Pittsburgh’s citywide New Year’s Eve party comes around every year, and to join the fun, just remember that Highmark First Night 2020 happens mostly in the final hours of 2019.

The night begins at 6 p.m. with the Children’s Fireworks, suitable also for adults who plan to leave early. Festivities climax at midnight with the Future of Pittsburgh Fireworks. In between, tens of thousands of people will fill the Cultural District, enjoying events so diverse that First Night becomes several things in parallel: a kids-and-family party for some, the city’s largest singles night for others, a visual-and-performing-arts festival for everyone, and just a good time all around. Tickets (actually, admission pins) are only $10 and children 5 and under get in for free.

Here are highlights of new and/or notable attractions. Links to selected videos will give you previews of your choices. At the end comes an Entertainment Central special feature.

Headliners this year are The Shadowboxers, a soul/R&B trio from Atlanta. They opened for Justin Timberlake on his recent Man of the Woods tour; they’ve been compared to the Bee Gees for their high-toned three-part harmonies; and they will perform on the outdoor main stage leading up to the midnight fireworks.

Comedy: Three for the Laughs 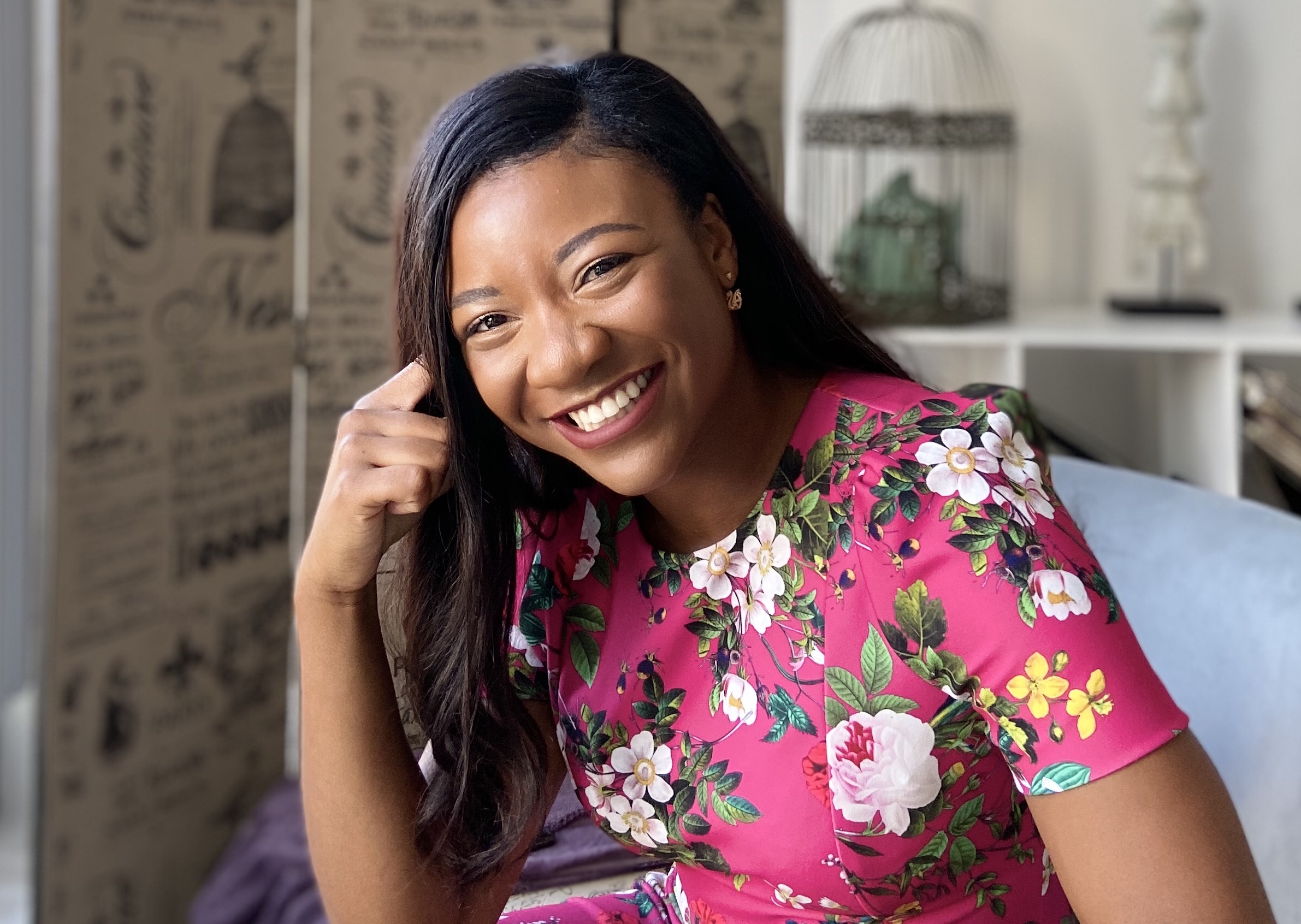 Contrary to what Queen Victoria said, we ARE amused. Rising comedian Brittany Alexis will assure that it’s so at the Comedy Showcase. (photo courtesy of Pittsburgh Cultural Trust)

The annual Comedy Showcase in the Byham Theater is hosted this year by Gab Bonesso, winner of various “Best Comedian in Pittsburgh” awards and creator of the comedy album Everyone’s Dead. She will perform along with rising local star Brittany Alexis and Washington, D.C.-based comic Franqi French.

Meanwhile, the Arcade Comedy Theater on Liberty Avenue hosts the Penny Arcade show for children and the Player One improv artists.

Although improv is usually done by comedy troupes, Pittsburgh-based Attack Theatre—the company that never dances defensively—has carried the format into modern dance. On First Night the Attack dancers present a new show called “Let’s Make a Dance.” They’ll form competing teams that will strive to represent, in dance, emotions and incidents suggested by the audience.

Also: The globe-trotting Zuzu Acrobats of Mombasa, Kenya, return to perform at the August Wilson Center. And if you’re in the mood for self-movement, try the soul line dancing sessions with leader/instructor Roland Ford.

The Big Parade and a Big-Time Magician 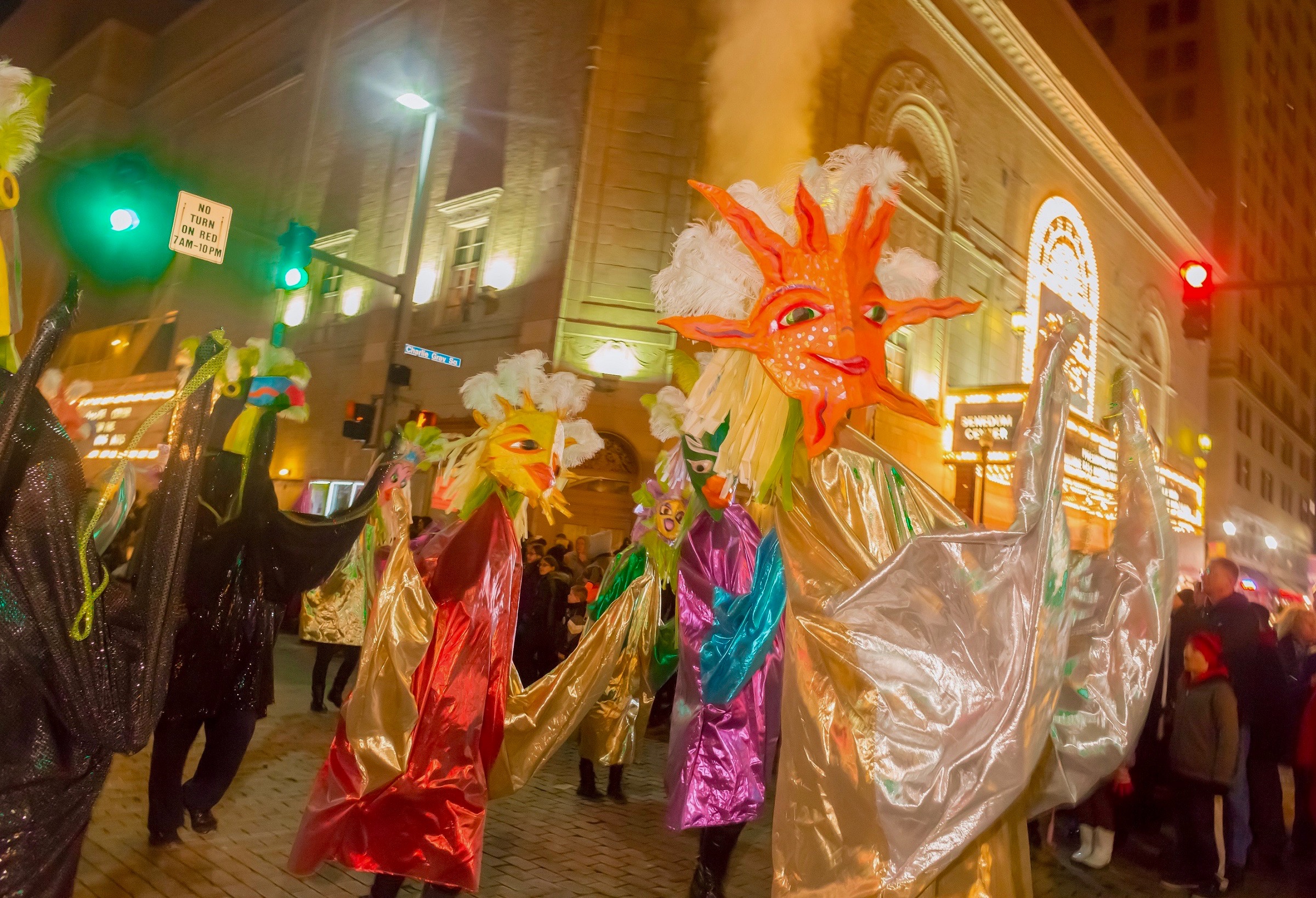 Art on the march in the Cultural District: Giant people-puppets from Studio Capezzuti will highlight the First Night Parade. (photo courtesy of Pittsburgh Cultural Trust)

There’s magic in the air, including at indoor venues. Nationally known magician and all-around trickster Robert Ramirez presents multiple shows at the O’Reilly Theater, while up-and-comer Jon Tai is on tap at Liberty Magic.

Visual Art: the Prisms, the Wall, the Arctic Circle 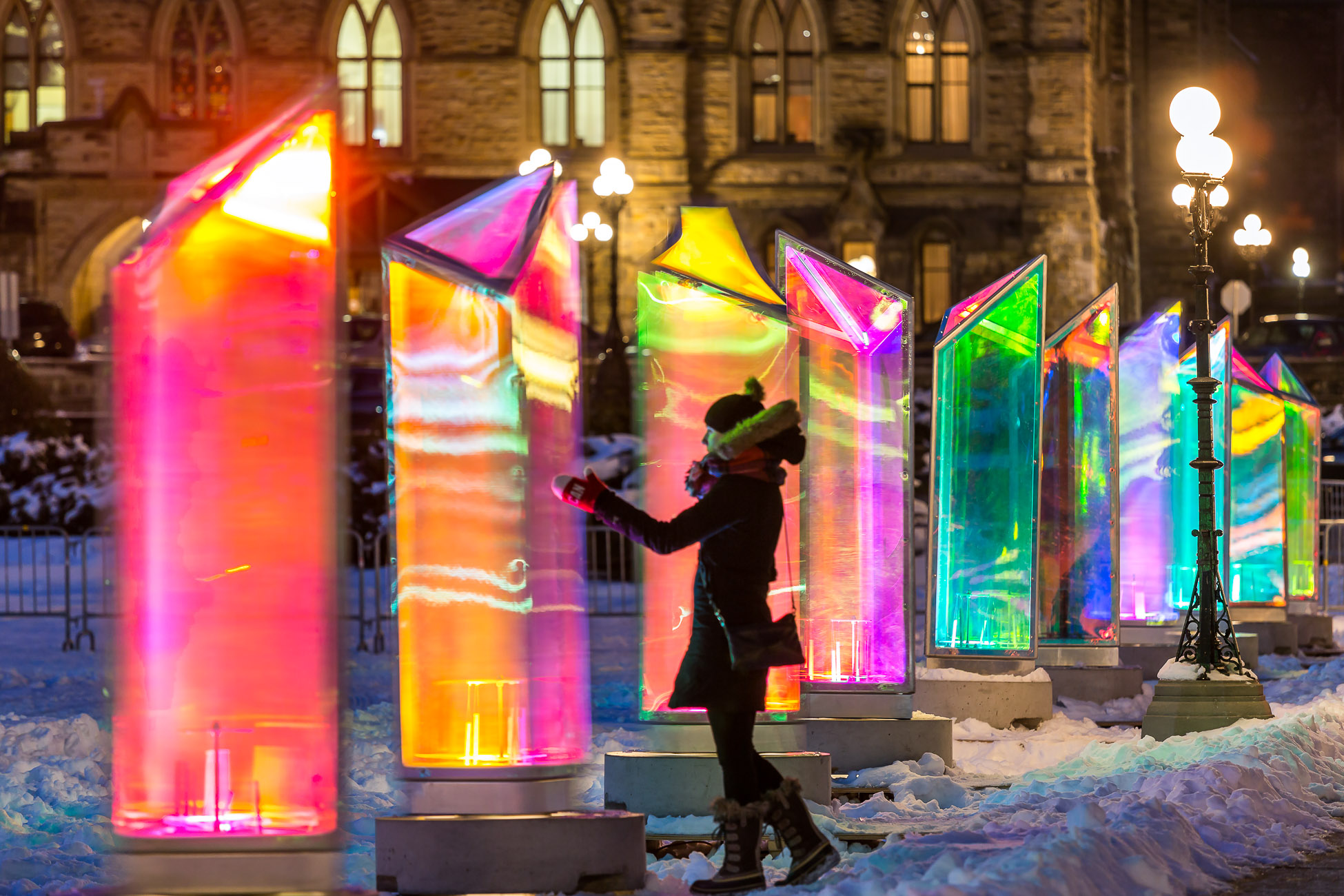 Just a portion of RAW Design’s ‘Prismatica’ is shown here, from a prior installation in Ottawa. Expect an intensive configuration of these big-boy pieces at Highmark First Night Pittsburgh. (photo: Doublespace Photography / Amanda Large & Younes Bounhar)

At Wood Street Galleries, the place in Pittsburgh for electronic and multimedia art from around the world, see the current exhibition Boat Trip. It’s a multi-artist show of videos and installations related to the disappearing ice cover of the Arctic Circle. (We recommend watching this sample full-screen.)

On display at the August Wilson Center is the Dream Wall Project, a frame-like wall with numerous panels. Artist Anna Schuliger invites anyone from anywhere to submit their dreams for connecting rather than separating people. Each good dream goes on a new panel, helping to grow the wall, which will be complete when it reaches a length of 1,954 feet.

And, at the Trust Oasis outdoor space on 7th Street, catch the dramatic installation “Prismatica.” Created by RAW Design of Toronto, it’s an array of big moving, shimmering prisms that produce spellbinding effects. 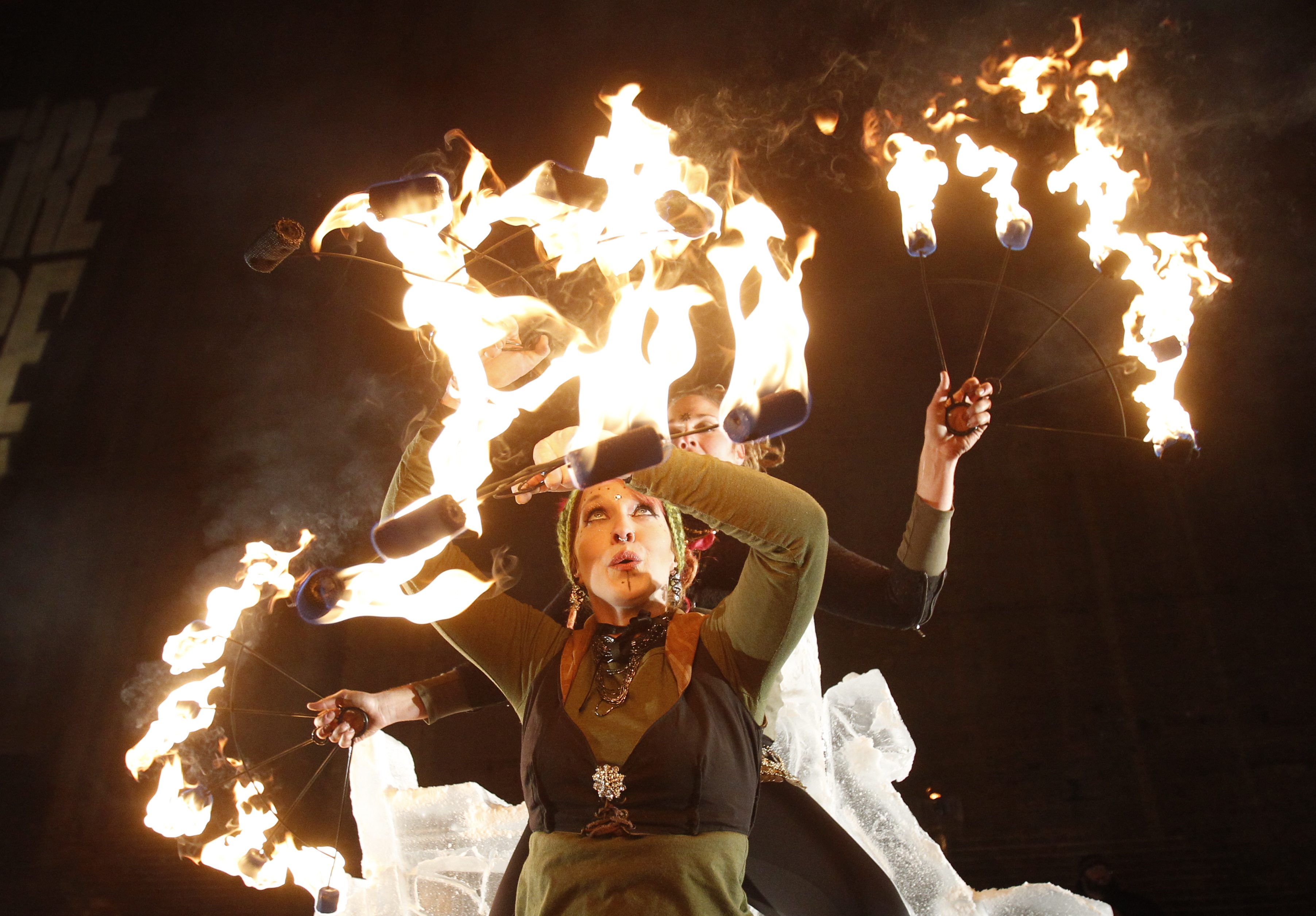 Attention Lego fans: The Steel City LUG (Lego Users Group) invites you to join them in the Family Tent. If you have a shy or even not-so-shy child who loves to sing, Puppet Karaoke in the Trust Arts Education Center enables singing behind a curtain while presenting a hand puppet as the vocalist. And the same venue offers previews of an interactive extravaganza called “GAME TIME,” which will debut in full form during the spring of 2020.

Highmark First Night Pittsburgh is produced by the Pittsburgh Cultural Trust, with support from local and national organizations including, of course, Highmark. IF YOU PLAN TO GO …

Please note that some shows require online seat reservations, which come free with the $10 general admission charge. The trick is to buy admission pins early—online, or at participating Giant Eagle stores or the Theater Square ticket office—and then stay (or go) online to reserve seats at the indoor shows you want. Even large venues can fill up in advance for popular acts, so click your links expeditiously.

Now, to enhance your fun and address any possible concerns, we close with an Entertainment Central exclusive.

What do people like best about this citywide celebration? Aside from particular shows or activities, there are general features that make it an attractive choice on New Year’s Eve:

The sheer variety. Tastes may differ even among a group of adults who are close friends. And with so much happening at any given time, group decision-making is made easy—you go there, we’ll go here, and then all meet up at a later event.

The weather won’t spoil the party. About 90 percent of the events are indoors and the Family Tent is heated. Outdoors there are “warming stations,” along with cell-phone charging stations to keep your batteries happy.

It’s alcohol-free. Restaurants in the Cultural District that serve drinks indoors can still do so, but no alcohol is served at or around First Night events and no BYO is allowed. The policy has proved very popular. It helps to keep the atmosphere festive but not rowdy, reducing people’s worries about belligerent or intrusive behavior.

A safe environment. This is a concern for many on New Year’s Eve, and Pittsburgh’s Cultural District already ranks among the safest major center-city areas crime-wise. The Pittsburgh Police substation on Liberty Avenue, plus the legions of event staff and volunteers who are everywhere for Highmark First Night Pittsburgh, will further contribute to safety in every respect.

And last but very, very far from least: 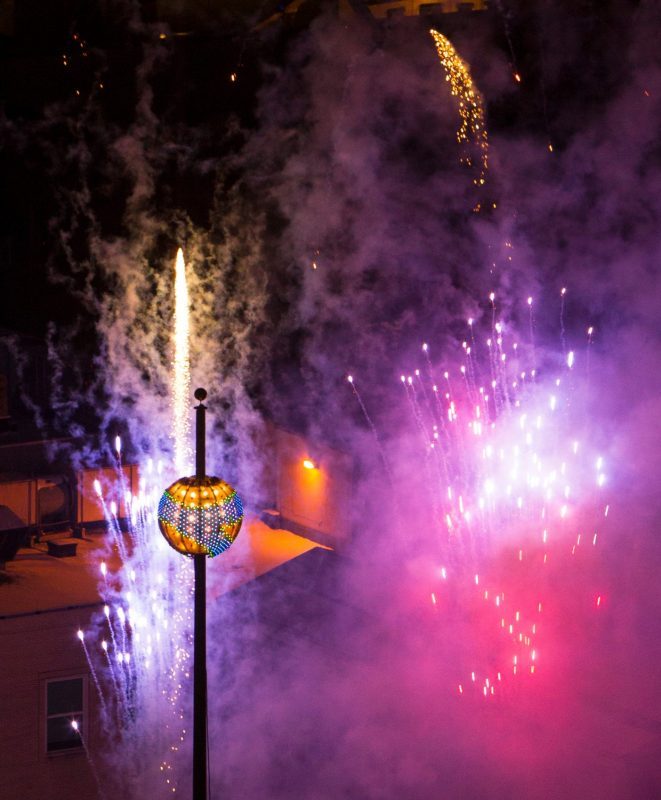 This is Pittsburgh. We don’t drop the ball. Why celebrate the start of a new year by dropping the ball? On the spire atop Penn Avenue Place, the official Future of Pittsburgh Ball RISES as the Countdown to Midnight culminates, and when the magic moment arrives, that ball is where we like to be. Top of the world at the top of the morning.