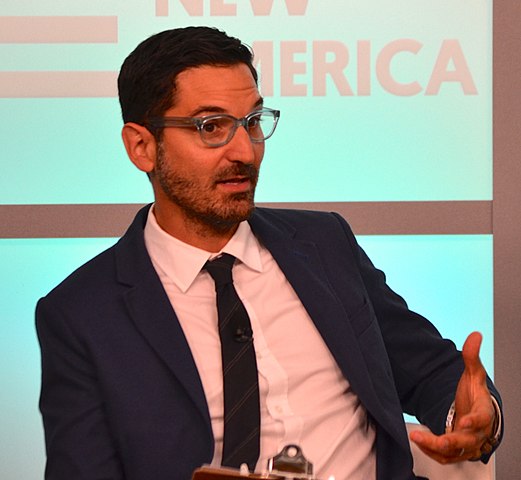 NPR host Guy Raz is one of the featured speakers at the 2018 Pittsburgh Humanities Festival. Photo: New America and Wikipedia.

Humanities for the win! The Pittsburgh Cultural Trust and the Humanities Center at Carnegie Mellon University have expanded the Pittsburgh Humanities Festival from three days to nine (February 24 – March 4) and from biennial to annual, with over a dozen events and conversations in and around the Cultural District.

“The festival demonstrates that the humanities are stimulating, entertaining, and vital to the life of the community,” according to David Shumway, festival co-director and Humanities Center director. “This year’s transition to an annual event, along with the lineup of interviews and presentations by national and international thought-leaders, exemplifies Pittsburgh’s rise as an innovation city and a capital of culture.”

Slightly more on the contemporary side, 90.5 WESA reporter Margaret J. Krauss will interview Guy Raz, host of the “TED Radio Hour” and “How I Built This.” Raz is also the reigning king of podcasts with three Top 20 podcasts on the Apple Podcast charts in 2017—a first.

Allison Rapson and Kassidy Brown will discuss feminism’s future. They are the women behind the documentary series “A Woman’s Place: Documenting the Front Lines of Feminism” from We Are the XX, the media company which they founded.

These are three of the five Featured Events. The others are PostSecret: The Show and Feathers of Fire. The former, which began when creator Frank Warren asked regular citizens to mail him anonymous postcards of secrets, is a phenomenon. It includes not only a touring stage show but also a blog, six best-selling books, and a Smithsonian art exhibition. Feathers of Fire uses puppets, shadow casters, and digital animation to tell the story of Zaul and Rudabeth, from the Greater Iranian epic Shahnameh by the Persian poet Ferdowsi. 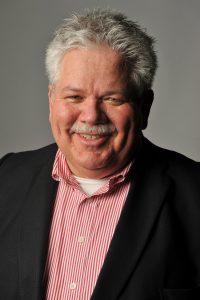 WQED TV’s pop culture chronicler and historian of all things Pittsburgh, Rick Sebak, will give a talk titled, ‘That’s Pittsburgh!’

The festival culminates with 14 Core Conversations with local, national, and international figures on Saturday and Sunday, March 3-4. On the local front is an interview with documentary director and Pittsburgh treasure Rick Sebak, known for such WQED films as 1988’s Kennywood Memories, 2007’s Underground Pittsburgh, and 2016’s Return to Downtown Pittsburgh.

“Meet the Fettermans,” meanwhile, is a conversation with Gisele and John Fetterman about their civic engagement in Braddock. Gisele Fetterman founded Free Store 15104, which distributes donated and surplus goods to Allegheny County residents in need, and she co-founded 412 Food Rescue, which combats food waste while also feeding the hungry. John Fetterman is the mayor of Braddock and a candidate for lieutenant governor.

Other topics include sexual paranoia on college campuses, the book that predicted Trump’s presidency, artificial intelligence and ethics, literary translation, “The Fearless Benjamin Lay: The Quaker Dwarf Who Became the First Revolutionary Abolitionist,” Confederate monuments, and the as-yet-unannounced winner of a public open call. For a list of all 14 Core Conversations as well as the times, dates, and prices of every festival event, visit the event page on the Trust’s website.

The festival also includes partner events, such as two installments of the Pittsburgh Arts and Lecture Series at the Carnegie Music Hall in Oakland. The first is a talk with Paul Beatty, author of The Sellout, on January 29. The second is a February 26 talk with journalist Susan Faludi about her book In the Darkroom. The book examines her transgender father’s identity and contemporary notions of identity as well. 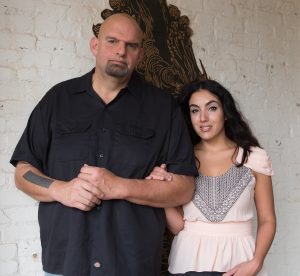 ‘Meet the Fettermans’ is a talk on improving your community from Braddock Mayor John Fetterman and wife Gisele Fetterman.

And if that’s not enough humanities for you, City of Asylum will screen an as-yet-unannounced film. Also, the August Wilson Center for African American Culture will stage a portion of the in-progress The Requiem for Rice. This musical work mourns and celebrates the rice plantation slaves of the Lowcountry of South Carolina and Georgia. The performance will precede a Core Conversation with CMU history professor and The Requiem for Rice producer Dr. Edda L. Fields-Black.

This type of overlap, emblematic of the whole festival, demonstrates the organizers’ and sponsors’ commitment to covering the many disciplines that fall under the humanities. The festival should have something for nearly everyone. And, given the range of exciting content, everyone should be glad they’ll need to wait only a year for the next one.

Christopher Maggio covers a variety of topics for Entertainment Central.