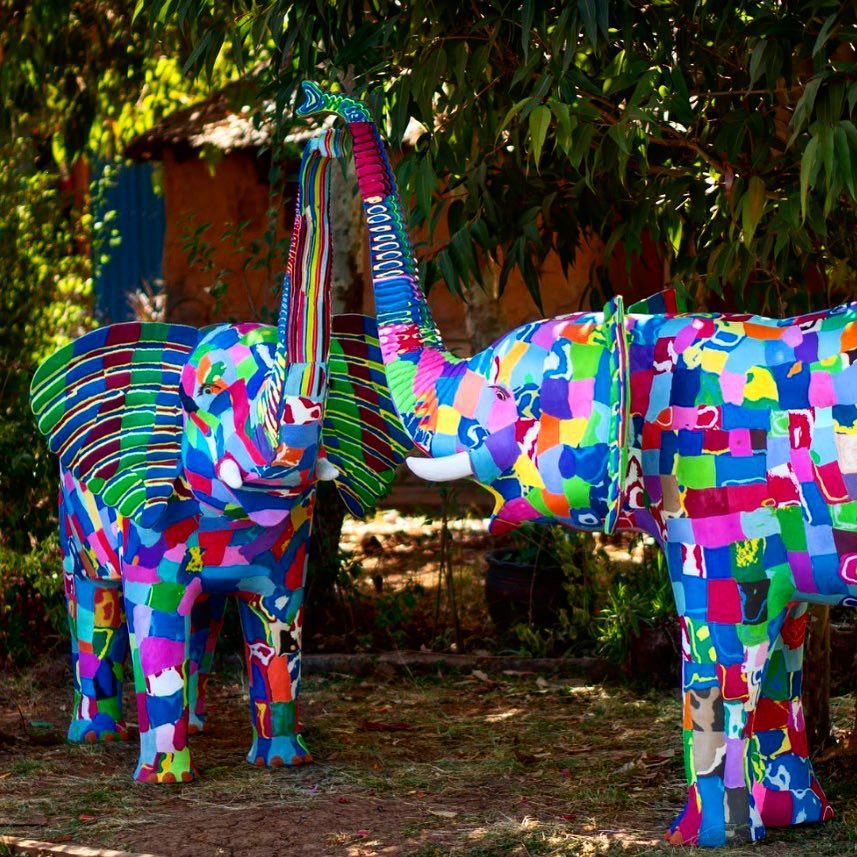 This year marks the 60th anniversary of the very first Three Rivers Arts Festival. The Pittsburgh Cultural Trust, which has produced the event since 2009, has pulled out all the stops to make this year’s Festival even more spectacular. Cultural Trust President & CEO Kevin McMahon said, “The 60th anniversary year of the festival is both a look forward and a look back.”

60 years ago this coming June, the Women’s Committee of the Carnegie Institute made their goal “to move art beyond museum walls” come to fruition with the first Three Rivers Arts Festival. A modest crowd enjoyed the work of 223 artists and the American Wind Symphony performing on its river barge. And yes the weather was a factor. On the fourth and final day of the festival, storms damaged several pieces of artwork. The Pittsburgh Cultural Trust has created an interesting timeline of festival highlights over the years.

At a recent media event revealing this year’s special Festival, Allegheny County Executive Rich Fitzgerald and Pittsburgh Mayor Bill Peduto were on hand to honor the occasion with official proclamations. Mayor Peduto humorously said that one year in the 1970s, he and a friend worked at the Festival drawing faces on balloons even though, as he noted, he had little artistic talent.

For this special anniversary year of the Dollar Bank Three Rivers Arts Festival (June 7 – 16) extra efforts have been made to bring innovative art attractions to Pittsburgh. These attractions include one that combines public art and contemporary dance, Compagnie Furinkaï’s Origami. The art/dance work is a special co-presentation with the Pittsburgh Dance Council. It incorporates a monumental, 40-foot shape-shifting shipping container inspired by the Japanese paper-folding art form of the same name.

McMahon called Origami “a show-stopper right at the Point. A very Instagram-able performance.” He is also very excited about Ocean Sole Africa’s Flip the Flop. The Kenyan arts organization gathers flip-flops that have been discarded and have washed ashore on their beaches and bays, cleans them, and turns them into fun art pieces including colorful animal figures and useful products. It also provides needed employment for Kenyans. McMahon said one of the principals of Ocean Sole Africa will be at the Festival to show kids how to create this type of artwork.

Sarah Aziz, Director of Three Rivers Arts Festival and Program Manager of Festivals and Special Projects at the Cultural Trust, had this to say when asked what she would like people to know about the Festival: “I want people to know Pittsburgh has had a continuous Arts Festival for 60 years thanks to its leaders and the city of Pittsburgh. The Three Rivers Arts Festival was influenced by an arts festival in Boston which went out of existence some years back. Support of Pittsburgh leaders like Mayor Peduto, who said the Festival was part of the fabric of the city, is very important.” Aziz continued, “I get to build upon the work that previous Arts Festival leaders like Barbara ‘Babs’ Widdoes and the Carnegie Institute have done.”

This year a new endowment has been established, the Barbara L. Widdoes Founders’ Endowment Fund, to support the operations of the Festival. Widdoes, who died in 2018, especially liked roving performers. Her endowment is helping underwrite the Tut’Zanni Theatre Company’s street clowns, Beep & Bop, who will roam the Festival grounds entertaining young and old alike. 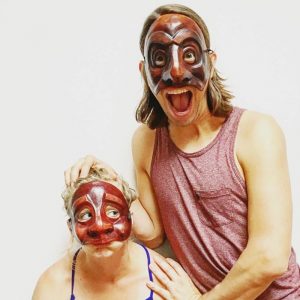 Another interesting and interactive public art display is Los Trompos, by Mexican artists Héctor Esrawe and Ignacio Cadena. As Esrawe explained, “The concept behind Los Trompos is based on an approach of traditional toys, their colorful expression, and the way they are constructed. We wanted to talk about the traditions and skills of the craftsmen in Mexico, as an inheritance of our culture. We like the idea of translating these techniques into new symbols.” The installations are inspired by spinning-top toys, except that with these big ones, people can lie on the fabric or spin themselves around. 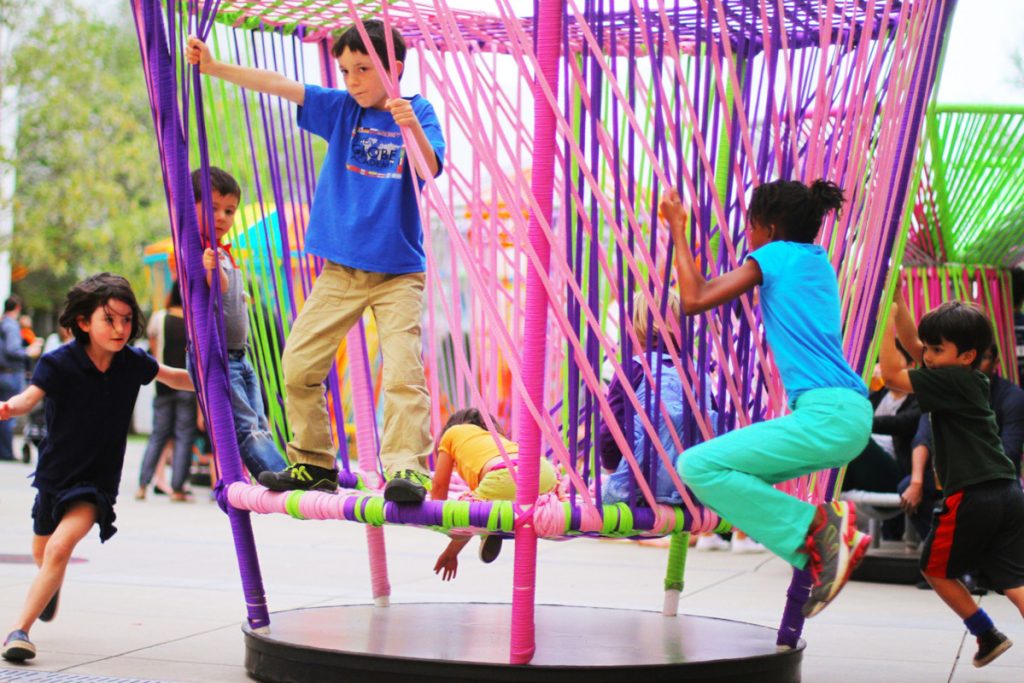 This year’s featured musical headliners include:

Nahko and Medicine for the People

Friday, June 14
Tank and the Bangas

For more information and a complete schedule of the Dollar Bank Three Rivers Arts Festival’s events and activities, visit the Festival website.

Rick Handler is the executive producer of Entertainment Central Pittsburgh.