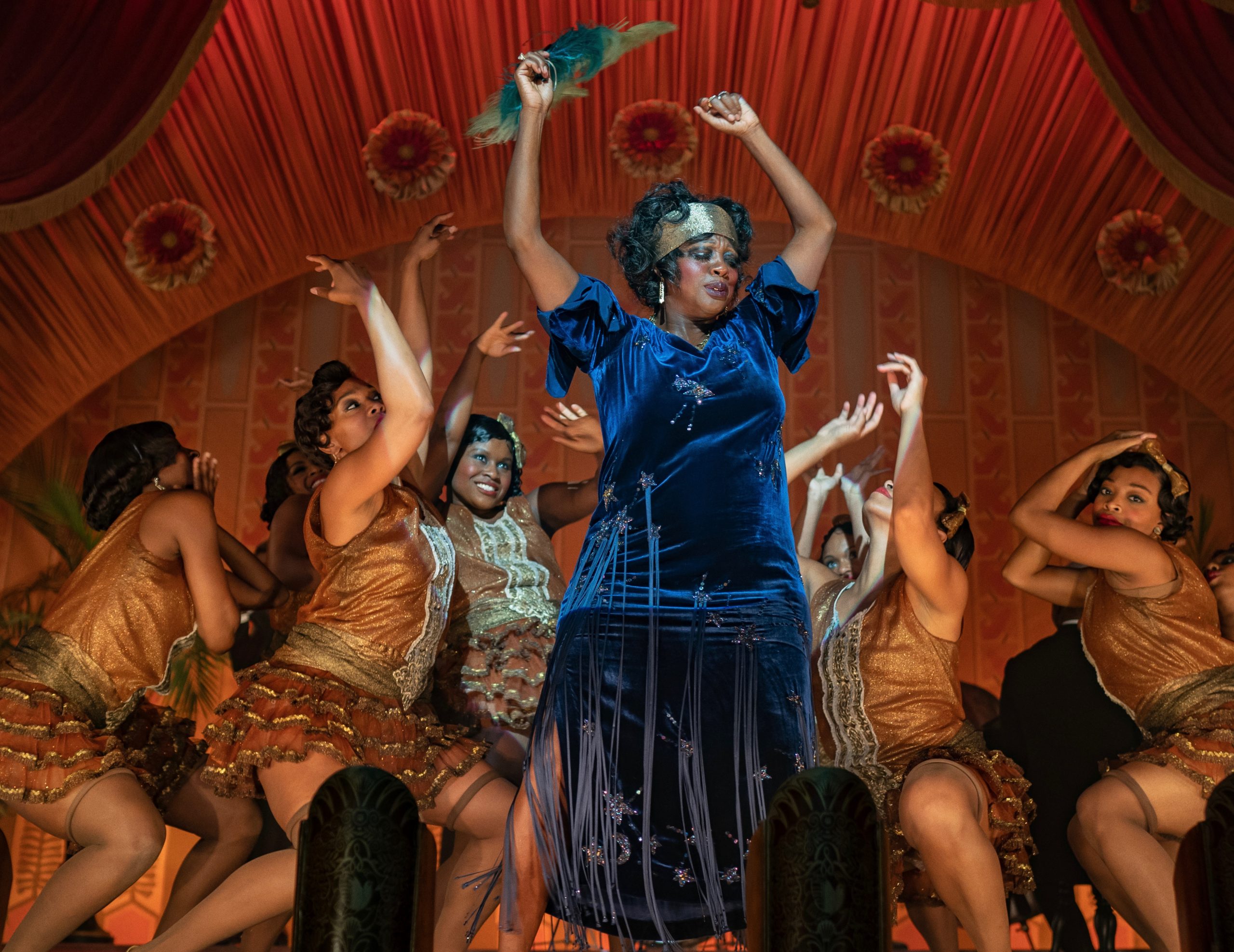 ‘Ma Rainey’s Black Bottom,’ adapted from the August Wilson play, has Viola Davis as a singer striving for the upper hand in the early 1900s. (photo: David Lee / Netflix)

Gertrude “Ma” Rainey was a big woman who aimed for the big time. Born in 1886 or maybe earlier, in Georgia or maybe Alabama—at a time when Black lives were not always diligently recorded—she progressed from singing locally to performing in a major Black-owned traveling vaudeville show. Along the way, in her journeys across the South, she learned (and helped to shape) the blues: a style of music named after feelings that can range from utter despair to “who cares?”

Ma Rainey’s fame peaked in the Roaring Twenties. She would soon be nearly forgotten until decades later, in the 1980s. August Wilson, then an up-coming-playwright, made her the title character of a play that became his first Broadway hit.  And now an adapted version of that play has come roaring into movie theaters. The Manor Theatre in Squirrel Hill is among selected venues nationwide showing the premiere run of Ma Rainey’s Black Bottom.

It’s not surprising the film has drawn rave reviews. Wilson, to begin with, had a rare gift for writing theatrical dynamite. He populated his plays with vivid characters who stand out as individuals, but also as elemental symbols. Tensions between them boil slowly, bubbling in a tragicomic mix that erupts into fireworks. The Ma Rainey movie—which, like all Wilson stories, is meant to portray aspects of African Americans’ experiences in a mostly non-African America—arrives at the end of a year when such experiences have made tragically real headlines.

The movie furthermore arrives loaded with star power and intriguing backstories. Its leading co-producer is Denzel Washington, who has vowed to bring all 10 of August Wilson’s Pittsburgh Cycle plays to the screen. (Fences, in 2016, was the first.) The formidable Viola Davis plays Ma Rainey at the height of her diva-hood. And though she’s the title character, she is not even the core character. That would be Levee, a fierce young trumpeter in Ma’s band—played by Chadwick Boseman, in his last role before he died of cancer a few months ago. 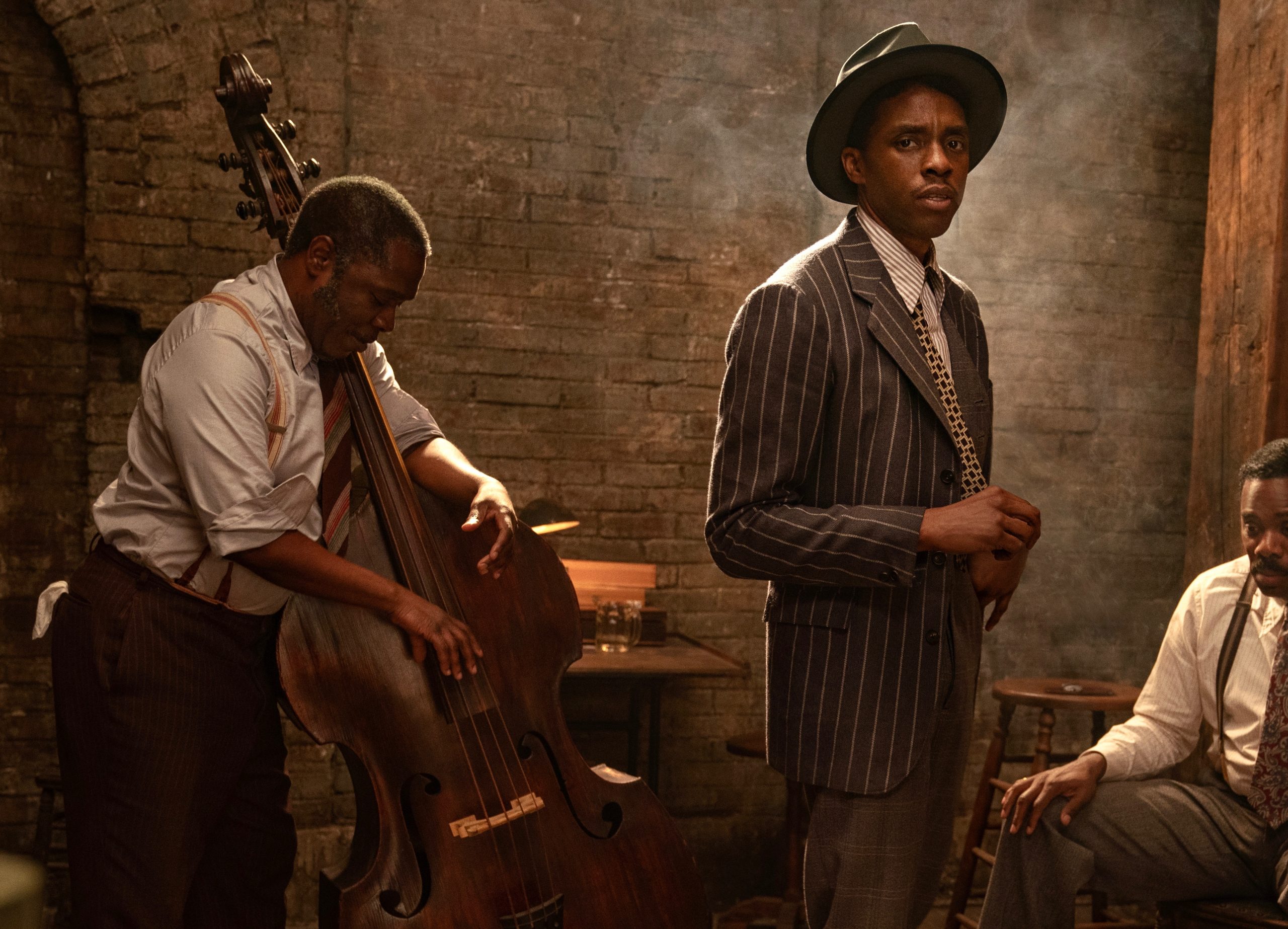 Ma Rainey’s Black Bottom is the only play of the Pittsburgh Cycle not set in Pittsburgh. But the movie was filmed in Pittsburgh—mainly using our North Side as a stand-in for Chicago’s South Side—during the summer of 2019. The play is also the only one of the Cycle based on real persons and events. But history has been fictionalized, as follows.

The true part: Ma Rainey was one of the first African-American female singers to have her music recorded and marketed by a white-owned record company. Thus in 1927, in a dingy Chicago studio used by Paramount Records, she and her backup band poured into the microphone a song called the “Black Bottom.” It was a sly, humorous song, referring to a popular dance known as the Black Bottom, and full of sexual innuendos and word-plays on the term.

Just the formula for a crossover hit, one would imagine. But a little thinking might reveal deeper implications in the song title. Although Black musicians were able to break into the mainstream during the ‘20s, their music was typically pigeonholed as “race music,” as if concocted by an alien race. In terms of both pay for their work and social acceptance beyond music, Black artists remained at the bottom of the scale.

These are the implications that August Wilson drew out in Ma Rainey’s Black Bottom, which now come across in the movie. Ma Rainey proudly flaunts her star status in the studio but is mightily chafed at the lack of Northern hospitality she’s receiving outside it. Meanwhile Levee, the young trumpeter, rebels at playing yet another round of so-called authentic blues. He wants to launch a band and career of his own. He figures that by tapping veins of up-tempo jazz, he will truly break through to the big leagues, showing people of every color who’s boss once and for all. How do you think that game plan will go?

No spoilers here. Just a note to get your tickets promptly for Ma Rainey’s Black Bottom at the Manor, as the run won’t last forever. And should you miss it there, the movie streams on Netflix beginning December 18. The film’s screenplay is by Ruben Santiago-Hudson with direction by George C. Wolfe.