1) Country/rock superstar Charlie Daniels and his Charlie Daniels Band play Jergel’s Rhythm Grille. There’s always been a special affinity between Daniels and Pittsburgh; he’s been a frequent visitor and has even sung the national anthem before several Steelers games. One of his songs, “In America,” includes a reference to the team’s fans: “Just go and lay your hand on a Pittsburgh Steeler fan, and I think you’re going to finally understand.” Tragically, in 2011, longtime keyboardist Taz DiGregorio was killed in a one-car accident in Tennessee while driving to the tour bus to embark on a trip. The band’s many hits include “The Devil Went Down to Georgia” “Long Haired Country Boy,” and “Redneck Fiddlin’ Man.” Daniels’ earlier albums including Saddle Tramp, High Lonesome, and Midnight Wind feature many fantastic southern rock songs. His latest album is 2016’s Night Hawk, and he also has published a memoir titled Never Look at the Empty Seats which was released in 2017. 8 p.m. 285 Northgate Dr., Warrendale. (RH) 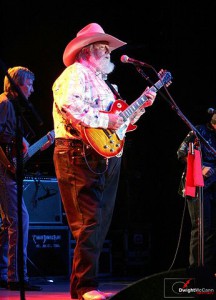 2) Reel Q: Pittsburgh LGBT Film Festival is programmed and presented by the Pittsburgh Lesbian and Gay Film Society and features films created by gay, lesbian, bisexual, and transgendered writers, directors, and actors. On their site they state that “Reel Q is the 5th oldest LGBTQ+ film festival in the United States, the 6th oldest in the world, and the 2nd oldest festival in Pittsburgh.” The 34th annual festival brings approximately 20 first-run LGBT-themed full-length films and 25 short films ranging from comedies, dramas, avant-garde, and documentaries. Today’s screenings include From Zero to I Love You,  which is the classic boy meets boy story where one boy is married and closeted and the other is not (3 p.m.); and Dykes, Camera, Action, which chronicles lesbians in the film industry and more (5:30 p.m.). There are additional screenings of various films throughout the day and evening. The festival continues through October 12. For more info on films and events visit their website. Row House Cinema, 4115 Butler St., Lawrenceville.

3) Brenda and Ron “Lefty” Maser of The Maser Galleries in Shadyside are hosting legendary cartoon pop artist, Ron Campbell, October 4 – 6.  Maser Gallery states, “The legendary animator will be exhibiting Beatles cartoon pop artwork as well as other beloved cartoon characters that encompass his 50-year career in Children’s Television such as Scooby Doo, the Smurfs, Rugrats, Winnie the Pooh, Flintstones, Jetsons, Yogi Bear & more.  Ron will showcase his original Beatles cartoon paintings created especially for the show and he will paint original remarques for customers who buy any of his work.” Campbell will be in the gallery today from noon to 6 p.m. Check the Maser Gallery website for other day’s times. 5427 Walnut St., Shadyside.

4) Wouldn’t it be cool to get a look inside interesting—normally off limits—places? That’s the idea behind Doors Open Pittsburgh. For all the doors that will be open and more info visit their website. This weekend it’s OK to be nebby!