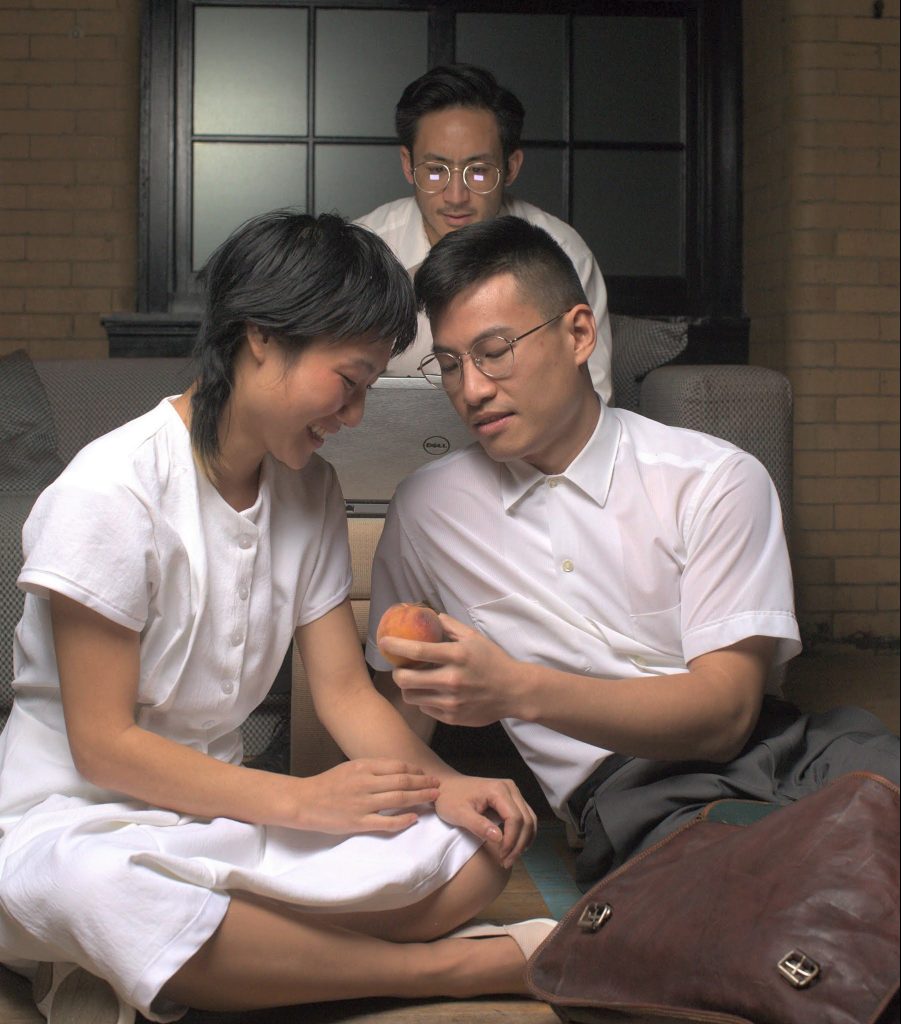 There are many ways to create a play or movie “based” on real events. You can try a mostly faithful reenactment (Apollo 13 set the bar high), or weave a fictional story into a true one (Titanic), or use true events as a framework filled in with imagined dialogue, details, and even music: Hamilton! In the acclaimed Chimerica, British playwright Lucy Kirkwood starts from a dramatic true incident and spins out an imaginary sequel. At the end of the Tiananmen Square protests in Beijing in 1989, a man bravely stood in front of a column of army tanks to block their progress. Photos of “Tank Man” by an American journalist became iconic images; Tank Man’s identity and subsequent fate remain unknown to the public. Chimerica imagines the photographer, decades later, setting off on a quest to find the man. Clues lead back and forth between China and America, as the hunt becomes many things: a detective story, a journey through the cultures of the two superpowers, an inquiry into truth-telling. Chimerica premiered in London in 2013 and won the Laurence Olivier Award for Best New Play. See our review of Chimerica.  Quantum Theatre presents Chimerica in Pittsburgh at The Maverick Hotel. 7 p.m. 120 S. Whitfield St., East Liberty. (M.V.)