1) Heart is coming “Straight On” for you if you’re at KeyBank Pavilion this month for their concert. Ann and Nancy Wilson, are the two Seattle sisters who form the core of the band Heart. Ann has a dynamic voice and is known as one of the best heavy metal vocalists of all-time. Nancy is a highly accomplished and very versatile guitarist who ranks high on many best guitarist lists. The sisters sing together often on songs, creating amazing harmonies.They achieved mega-success in the 1970s and ’80s with songs “Magic Man,” “Barracuda,” “Crazy on You,” and “All I Wanna Do Is Make Love to You.” Appropriately, joining Heart is another estrogen fueled rock band with a “heart,” Joan Jett & the Blackhearts. And as one of their top songs espouses, “I Love Rock ‘n’ Roll.” Jett has a mezzo-soprano vocal range and also climbed the charts with “I Hate Myself for Loving You.” Both Heart and Joan Jett & the Blackhearts are in the Rock and Roll Hall of Fame. The talented Elle King opens. 7 p.m.  665 Rt. 18, Burgettstown. (RH) 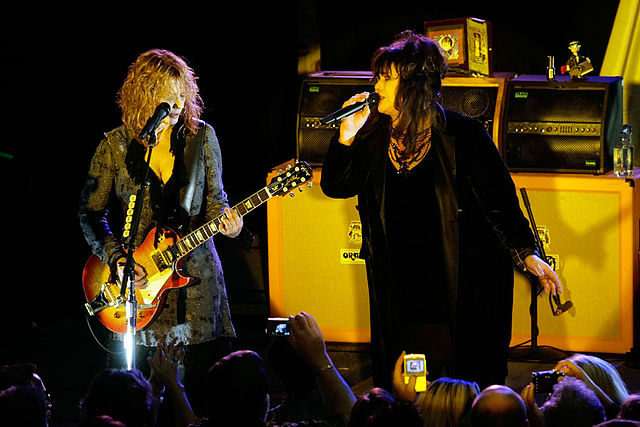 Nancy and Ann Wilson playing at a charity concert for the Canary Foundation in 2007. (photo: Fatcat125 and Wikipedia)

2) Most music fans know Electric Light Orchestra for their catchy progessive pop/rock songs with strong keyboards and strings built upon smooth vocals by Jeff Lynne and a foundation of guitars and drums. The band could also do some very serious hard rock as evinced by “Fire on High.” The song was an instrumental jam which opened their 1975 album, Face the Music. ELO formed in 1970 in Birmingham, England, by songwriters/multi-instrumentalists Jeff Lynne, Roy Wood, and drummer Bev Bevan.Several of ELO’s best known hits are “Evil Woman,” “Telephone Line,” “Strange Magic,” and “Turned to Stone.” The group’s most recent release is 2015’s, Alone in the Universe. Jeff Lynne’s ELO is performing at PPG Paints Arena. 8 p.m. 1001 Fifth Ave., Uptown. (RH)