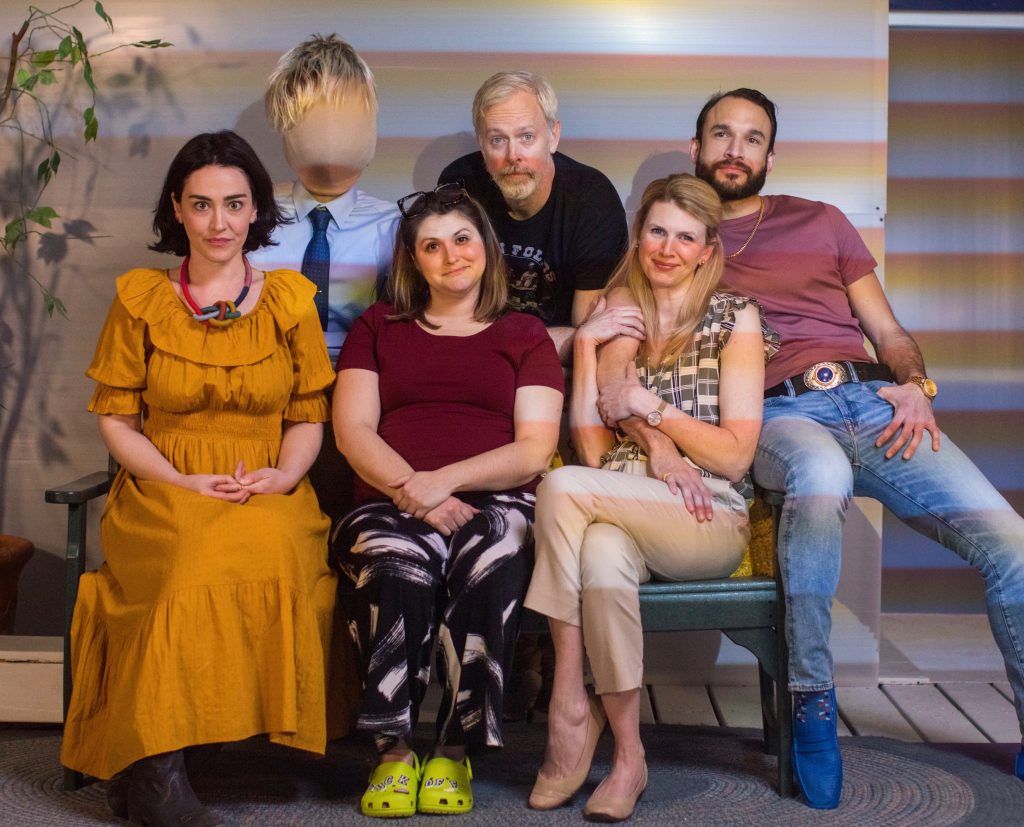 Shakespeare’s ‘Macbeth’ had three weird sisters and so does ‘Plano’ at Quantum Theatre. The darkly bizarre comedy is a highlight of this month’s theater schedule. Playing the sisterly trio are (L to R) Moira Quigley, Julianne Avolio, and Lisa Velten Smith, while the men in their lives are Taylor Knight, Tim McGeever, and Jerreme Rodriguez. (photo: Jason Snyder)

Quantum Theatre has billed its last show of the season as “an exploding tennis ball of ideas, lobbed at America.” While you recover from that metaphor, you may wish to know a little about the play called Plano. Plano, Texas is a suburban city outside Dallas and a place that inspires dueling opinions. To some, it’s the epitome of an ideal community in which to live, while others see it as an archetype of suburban angst. Will Arbery, a rising young playwright from Texas, makes it the backdrop of a surreal dark comedy. Three sisters gather on a porch, chatting about the men in their lives. One has a husband who seems an odd match for her; another has a husband who cheats. The youngest sister, a devout Catholic, intends to give her heart to the man depicted on the Sistine ceiling: God. None of this may seem radically unusual, but Plano goes beyond plain old talk. Time-shifting commences. Characters morph and multiply. Quantum presents Plano in an ad hoc theater space in Bakery Square. 7 p.m. 192 Bakery Square Blvd., East Liberty.