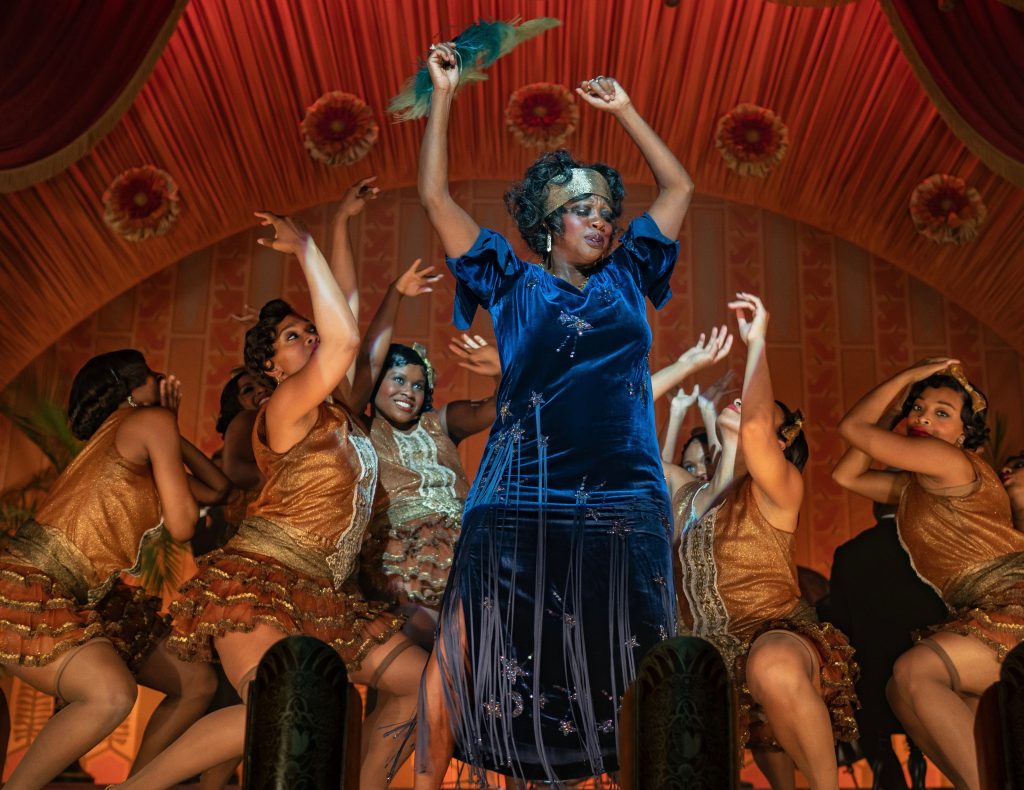 ‘Ma Rainey’s Black Bottom,’ adapted from the August Wilson play, has Viola Davis as a singer striving for the upper hand in the early 1900s. (photo: David Lee / Netflix)

The must-see movie this month is not a holiday film. It’s a Roaring Twenties drama, bubbling with tragicomic tensions that lead to a shocking end—and it is a rare chance to see an August Wilson play adapted for the big screen. The Manor Theatre in Squirrel Hill is among selected venues nationwide showing the premiere run of Ma Rainey’s Black Bottom. Like Wilson’s original, the film is a fictional takeoff on a real person and event. Gertrude “Ma” Rainey, a renowned singer of original Southern-style blues, was one of the first African-American singers to be recorded and marketed by a white-owned record company. In 1927, Ma and her band recorded a song called the “Black Bottom.”  A sly humorous number, it referred to a dance known as the Black Bottom while making sexual word-plays on the term.

But Wilson’s story draws out a deeper meaning. Although Black musicians of the time had some crossover success, they remained at the bottom of the scale in terms of both pay and social acceptance. Trying to push further meant trouble. And there’s trouble aplenty brewing in Ma Rainey’s Black Bottom, filmed in Pittsburgh last year. Viola Davis plays Ma while Chadwick Boseman—in his last role before his untimely death—is Levee, the brash trumpet player who sets off the story’s fireworks. 5:15, 7:20, and 9:25 p.m. 1729 Murray Ave., Squirrel Hill. Co-produced by Denzel Washington, the movie will also stream on Netflix starting Dec. 18. (MV)