1) John Patrick Shanley, who was born and raised in blue-collar America but calls himself “Irish as hell,” has a dark side and a bright side. The dark side made him a Pulitzer Prize-winning playwright, by virtue of his 2004 drama Doubt: A Parable, about a nun who accuses a priest of sexually abusing an altar boy. Shanley’s bright side produces some fine work as well. Outside Mullingar, a romantic comedy, has been called his best play since Doubt. It’s set in a patch of rural Ireland, where an unmarried middle-aged woman has a longtime crush on a shy farmer who lacks the awareness to reciprocate. You can sense that they’ll get together in the end. The adventure lies in getting there. Outside Mullingar premiered on  Broadway in 2014. 7:30 p.m. Performances continue through September 15. Apple Hill Playhouse stages Outside Mullingar not far outside Pittsburgh, at 275 Manor Rd., Delmont. (MV) 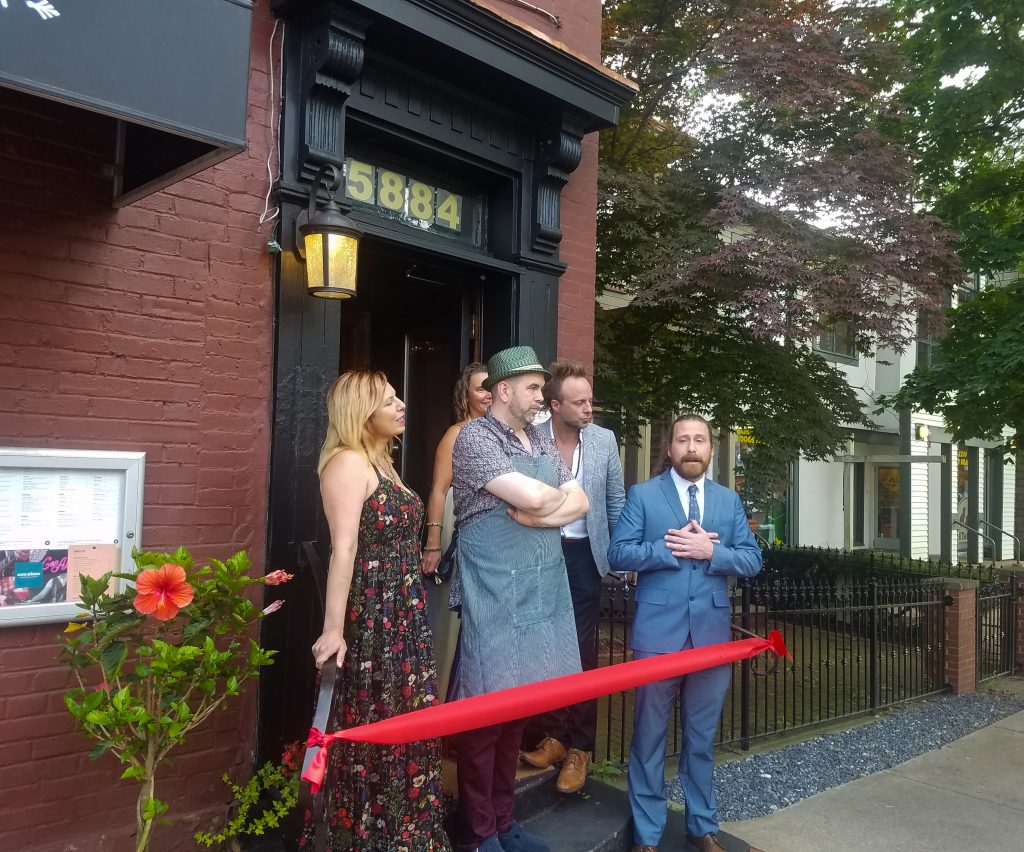 2) The newly opened Con Alma (Spanish for “with soul”) combines Latin cuisine with a jazz setting. The cuisine includes tacos, quesadillas, and entrées such as arroz con pollo (“rice and chicken,” Cuban style). There are also vegetarian items, including a jimaca salad that incorporates mango. Almost every night features live music. Noted jazz guitarist/music director and co-owner John Shannon and his Nosmo King Trio are the house band, playing many weeknights. Weekends will feature other renowned local jazz artists. The bistro is 1900 square feet; plenty of room to bust a move. Sundays is jazz brunch from 11 a.m. to 3 p.m. This might be a good time to try one of the restaurant’s contemporary cocktails, like Root Down, which mixes Anejo Rum with coffee liquor among other ingredients. Con Alma is closed Tuesdays but opens 5 p.m. every other day except Sunday. An outdoor patio and daily vinyl happy hour are other big draws here. In addition to Shannon, the other co-owners are General Manager Aimee Marshall and Executive Chef Josh Ross. Con Alma is holding its first wine dinner this evening from 7 to 9 p.m. featuring a five course dinner of Peruvian food paired with French wines. 5884 Ellsworth Ave., Shadyside. (CM,RH)