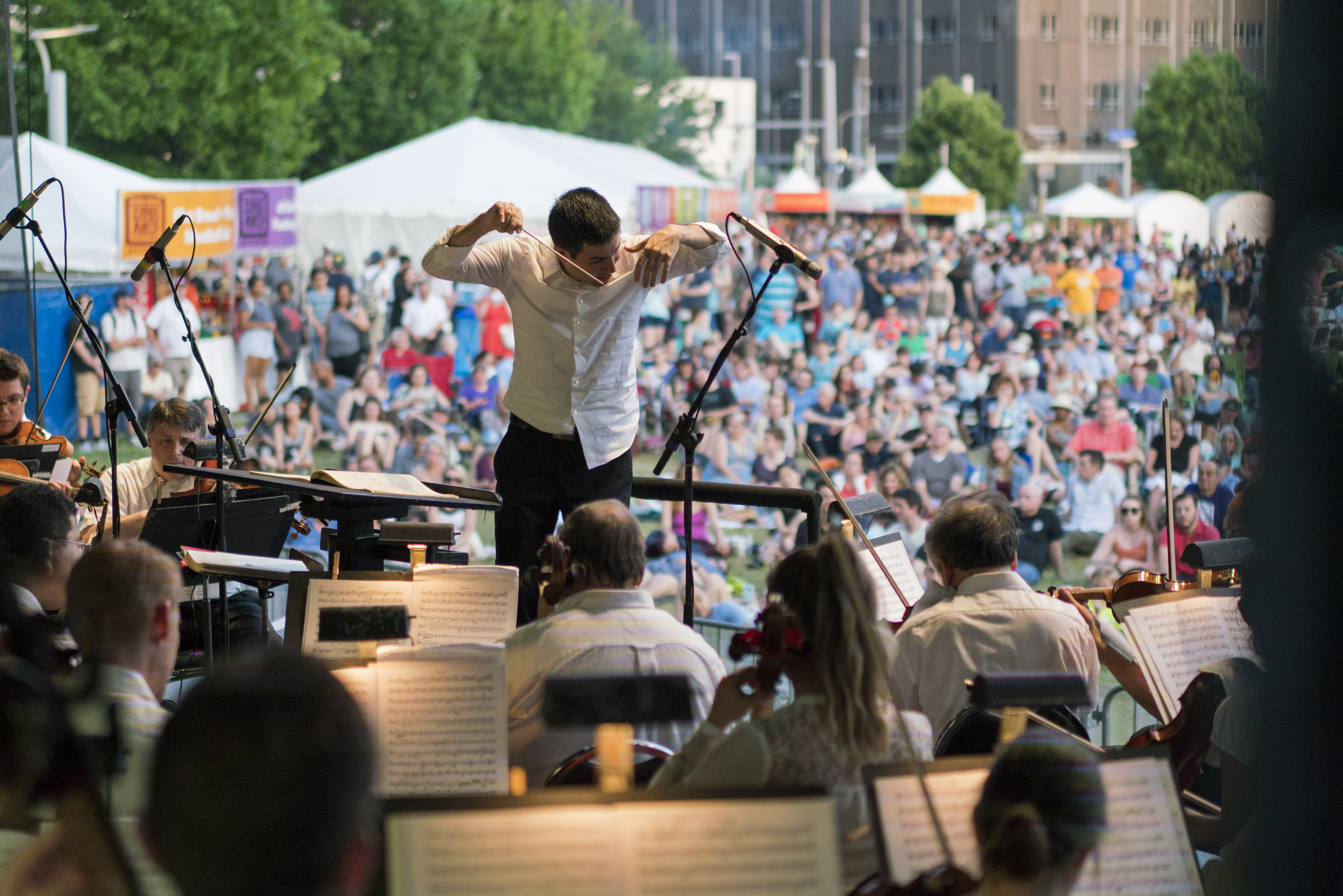 1) The 10-day Dollar Bank Three Rivers Arts Festival is Pittsburgh’s largest summer event. Launched in 1960, it has evolved along with the city itself. Early Festivals were focused on the juried visual art show, with hundreds of paintings and other works displayed in open-sided pavilions that turned the plazas near the Point into a temporary outdoor museum. Today you can see a variety of modern visual arts throughout the center-city Cultural District—including an indoor juried Festival show, plus exhibits at five Pittsburgh Cultural Trust galleries and the August Wilson Center. Meanwhile other Festival activities have grown into huge draws of their own. Handmade arts, crafts, and wearables are on sale in 250 booths at the sprawling Artist Market. And this year’s Festival has nearly 70 performing arts acts, all free, highlighted by the nightly Main Stage concerts at Point State Park. Headliners this year include R&B singer Mavis Staples, British indie rockers Everything Everything, Lukas Nelson (Willie Nelson’s son) and his band Promise of the Real, neo-country maestros The Mavericks …  and, strange but oh-so-true: the Mendelssohn Choir of Pittsburgh performing The Music of Bob Dylan. All that plus face painting adds up to a can’t-miss!  Tonight’s Headliner is the Pittsburgh Symphony Orchestra. 7:30 p.m. Multiple times and venues Downtown, Continues through June 10. (MV)