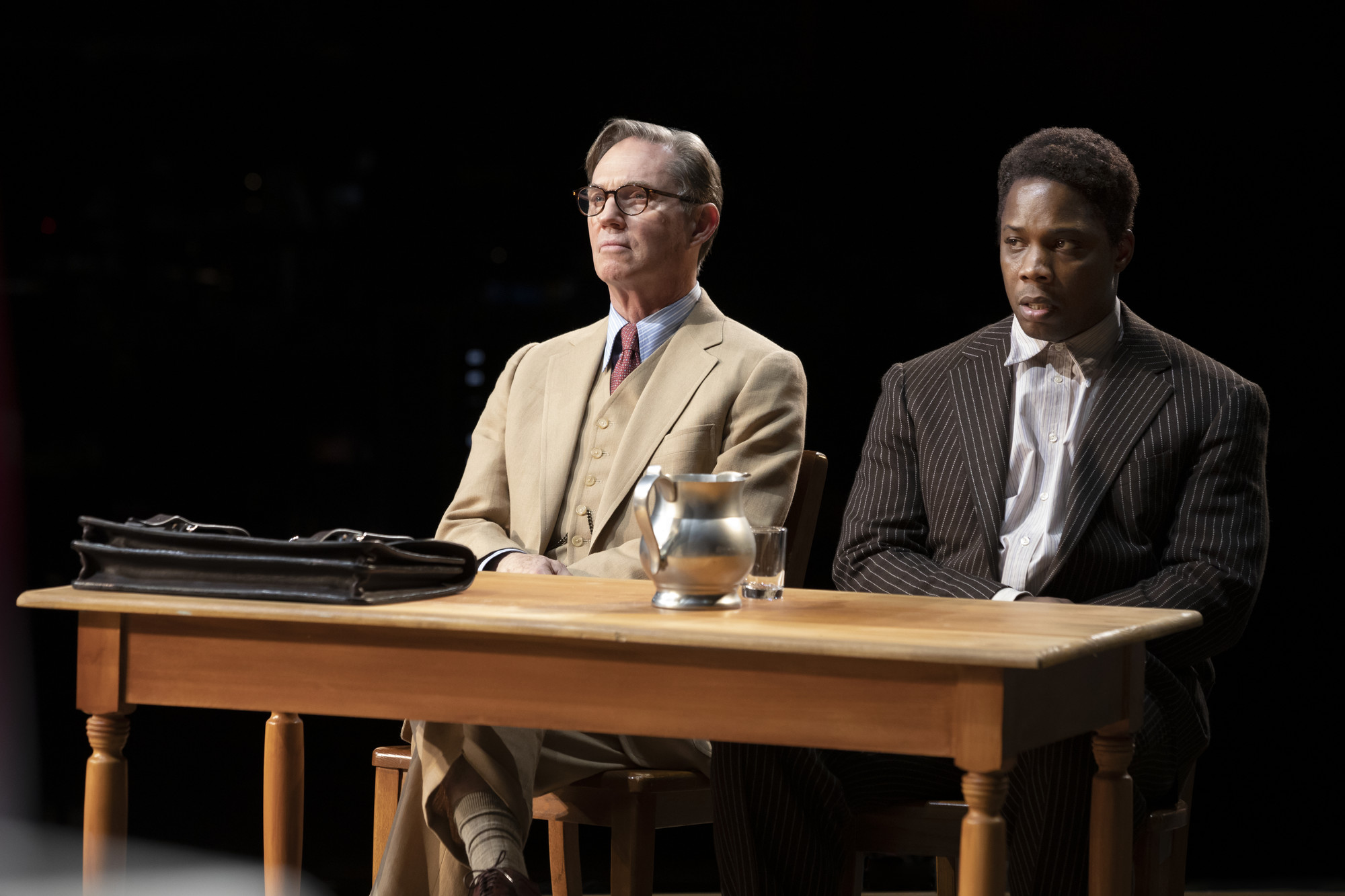 In the new ‘To Kill a Mockingbird,’ treatment of Black persons remains the central issue, but everything’s not so black and white. The touring cast has Richard Thomas as Atticus Finch and Yaegel T. Welch as Tom Robinson. (photo: Julieta Cervantes)

The acclaimed (and controversial) new stage version of To Kill a Mockingbird visits Pittsburgh in its national touring production. This play, by Aaron Sorkin, departs significantly from Harper Lee’s novel as well from the Gregory Peck movie and the pre-existing play you might’ve seen. The story is still about a Black man dubiously accused of raping a white woman in 1930s Alabama. But in Sorkin’s script, everything unfolds around the courtroom trial, with the rest of the story told in flashbacks. Defense lawyer Atticus Finch becomes a more complex character, not just a paragon of virtue, while major Black characters—defendant Tom Robinson and Finch’s housemaid, Calpurnia—are given greater voice and presence. The new Mockingbird provided plenty of work for real-life lawyers before opening on Broadway in 2018. Harper Lee’s estate sued, claiming the script altered the original tale too much. Also, in a bizarre move that created havoc nationwide, the new play’s producers threatened legal action against theater companies staging the previous adaptation by writer Christopher Sergel. The legal wrangling was a drama in itself and you can read elsewhere how things finally shook out. To Kill a Mockingbird arrives via the PNC Broadway in Pittsburgh series, with Richard Thomas as Atticus Finch. 7:30 p.m. Benedum Center, 237 7th St., Cultural District.