1) “Weird Al” Yankovic returns to The Palace Theatre for the second time in three years. Last time, Yankovic was promoting 2014’s Mandatory Fun, his first number one album in a career which spans four decades of such satire. Tracks include “Tacky,” a lampoon of Pharrell Williams’s “Happy,” and “Foil,” his take on Lorde’s “Royals.” The tour boasted his usual stage antics, such as the fat suit that he wore in the video for “Fat,” a parody of Michael Jackson’s “Bad.” This time, he will perform an intimate show of originals, of which there are plenty of underrated nuggets from across his discography. “Genius in France,” which features Dweezil Zappa, is one. Another is “Sports Song,” which sounds like, well, every fight song that you’ve ever heard. And of course, from 1999’s Running with Scissors, there is the 11-minute-plus epic “Albuquerque.” This tour of completely original shows will be a performance first for Yankovic, who is calling it The Ridiculously Self-Indulgent, Ill-Advised Vanity Tour. Emo Philips opens—and The Palace show is already sold out, so check your fallback sources for tickets 8 p.m. 21 W. Otterman St., Greensburg. (CM) 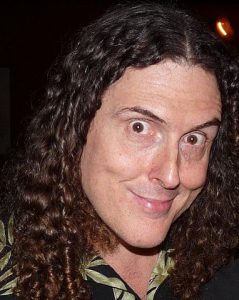 2) On the title track of Alan Jackson’s new album, The Older I Get, he sings: “I’m just gettin’ to my best years yet.” That’s pretty scary when you consider that the 59-year-old country star already has more Grammys, CMA Awards, and ACM Awards than a fella could shake a stick at or would want to. Jackson is in the Country Music Hall of Fame, and he’s bringing his Honky Tonk Highway Tour to PPG Paints Arena. With special guest Randy Houser. 7:30 p.m. 1001 Fifth Ave., Uptown. (MV) 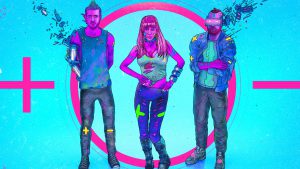 4) Remember the ABA—American Basketball Association? It’s still around … and Pittsburgh has a team, the Steel City Yellow Jackets … and the Yellow Jackets (a very good team) are at home for a regional championship game against the Chicago Fury. This is high-quality hoops that a lot of people didn’t know we had. Quick backstory: The “old” ABA—of which the Pittsburgh Pipers (with star Connie Hawkins) were champions in 1968—closed in ’76, when several teams merged into the NBA. But then the ABA re-launched in 1999. It now has teams and divisions nationwide. The Yellow Jackets joined in 2014. They’re currently primed for the playoffs, with top local ballers who play a high-flying, fast-moving game. “We are ready to lace ’em up and bring the noise,” says co-captain Antonio Reddic. Furthermore, says Antjuan “Tjuan Benafactor” Washington, CEO of ABA Media and Entertainment: “Pittsburgh is, has always been and will always be a standout market for the ABA.” Be there for Yellow Jackets vs. Fury. Tipoff at 7 p.m., door sales start earlier. At the A Giving Heart Community Center, 816 Climax St., in the Allentown neighborhood. (MV)