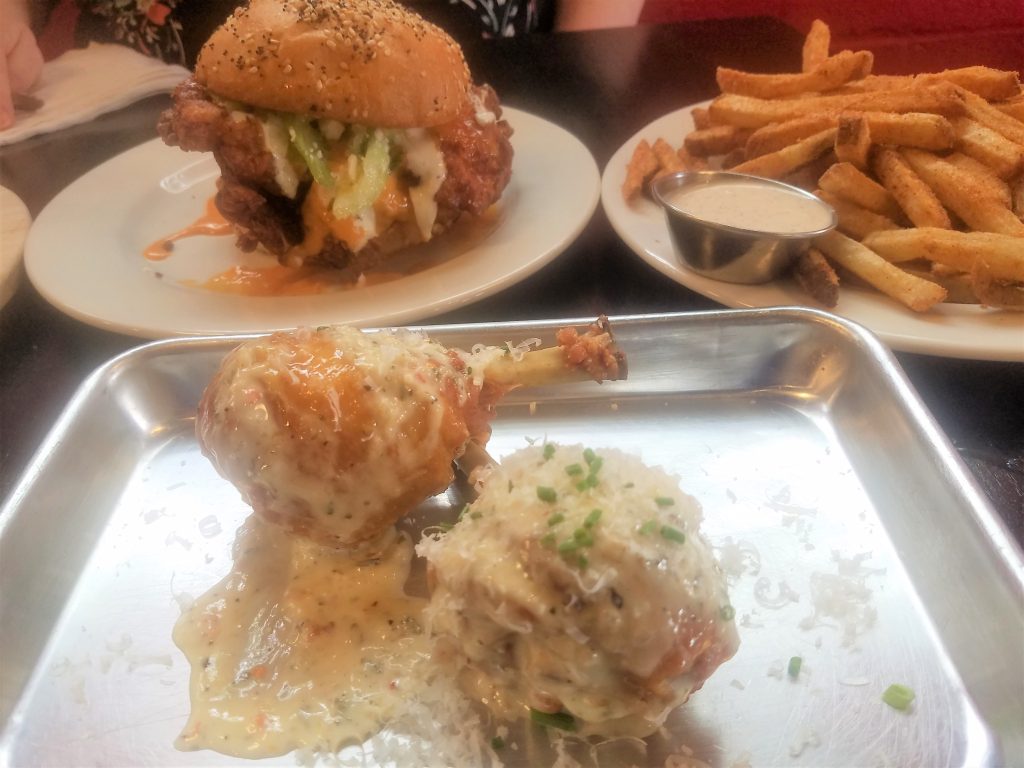 At least once a year I journey 90-minutes south on I-79 to Morgantown to have a lunch meeting with a business associate Sarah. It’s always good to head back to Morgantown and West Virginia. Our lunch meeting gives us an opportunity to catch up and talk about business matters. It also allows me to have a little adventure. I ventured south to Morgantown this summer, but now is a perfect time to go too, with the leaves soon to reach peak colors.

Sarah had suggested we eat at Von Blaze, a newer (opened in 2021) casual dining restaurant on a side street in Downtown Morgantown. Von Blaze specializes in sandwiches, Drummies, local beers and wines, soups, salads, and fries. There are daily specials too.

The restaurant is owned by Chris McDonald and April Passaro who are partners in life too and are engaged to be married. McDonald is a noted chef who’s worked in restaurants in Morgantown and Greensboro, North Carolina. He has had a dream of owning his own restaurant since he started working in the industry. Passaro has a background in small business and customer service relations.

Von Blaze started as a food truck, and even had help from their four kids in “manning” it. Next they took over the vacant space previously occupied by Maxwell’s restaurant and completely remodeled it. They even have pictures of the restoration project on their website. 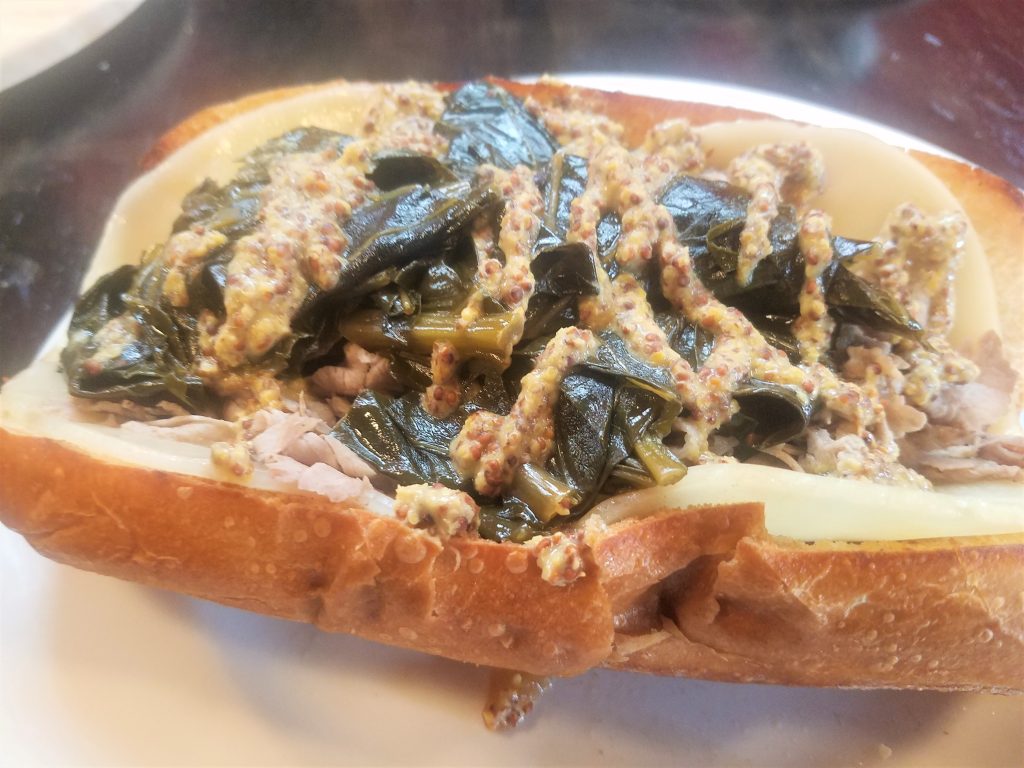 I met Sarah at Von Blaze and after perusing the menu I decided upon the Pot Liquor Pork sandwich (Smoked, peppered pork shoulder, sliced thin and dipped in smoky pork jus, with collard greens, aged provolone, brown mustard on a local Italian bun). The pot liquor piqued my interest as I had watched the PBS TV series “A Chef’’s Life” and Chef Vivian Howard did several segments on pot liquor and cooking with pot liquor (in this case the liquid left behind after boiling greens).

The Drummies (Frenched chicken drumsticks fried crisp and tossed in your choice of sauce) also seemed really interesting. I ordered them with a garlic parmesan sauce. They are a drumstick with the lower meat cut, with tendons removed, and rolled up to the round end of the drumstick, then deep fried. Sarah ordered a buffalo chicken sandwich and the Dorito fries.

The Pot Liquor Pork sandwich was meaty and juicy with the pot liquor au jus and flavorful collard greens on top. It was a splendid tribute to southern cooking all in one sandwich. The fries that came with my sandwich were deep fried to just the right crispness and very delicious. Sarah gave me a few of her Dorito fries and they were dusted with the house take on the popular seasoning mix. She reported her sandwich to be very good too. The Drummies were amazing. Delicious and crispy and complemented by the deep savoriness of the parmesan garlic sauce.

Von Blaze takes pride in making as many food items as possible in house. They include smoked bacon, bologna, aioli, ranch dressing, and more. The decor is contemporary and comfortable with many wood flourishes. The menu items change occasionally and daily specials are offered.

While we were eating, Passaro was visiting the tables to chat with customers and make sure everything was in order. She stopped by our table and we had a very nice conversation. She is friendly and engaging as was our server too, Noah Jones who moved to Morgantown from Hawaii. After the meal I was able to say a quick hello to the kitchen staff, McDonald and Sous Chef Steve Sturms. 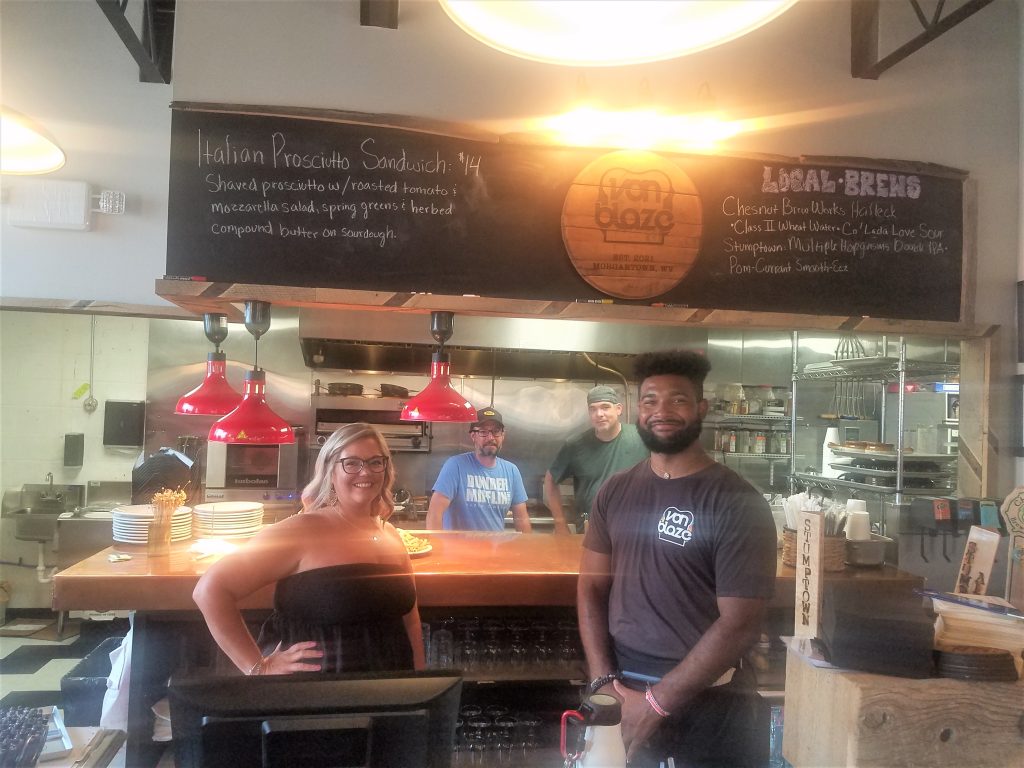 On my next visit I look forward to trying more of their interesting offerings including: The Lobster Dog, Snowshoe, Von Blaze Burger, short rib poutine fries, Cubano fries, and of course more Drummies!  Von Blaze is a friendly, casual hotspot with creative chef-driven food.

After my visit I went to Coopers Rock State Forest for a hike. See that story here.